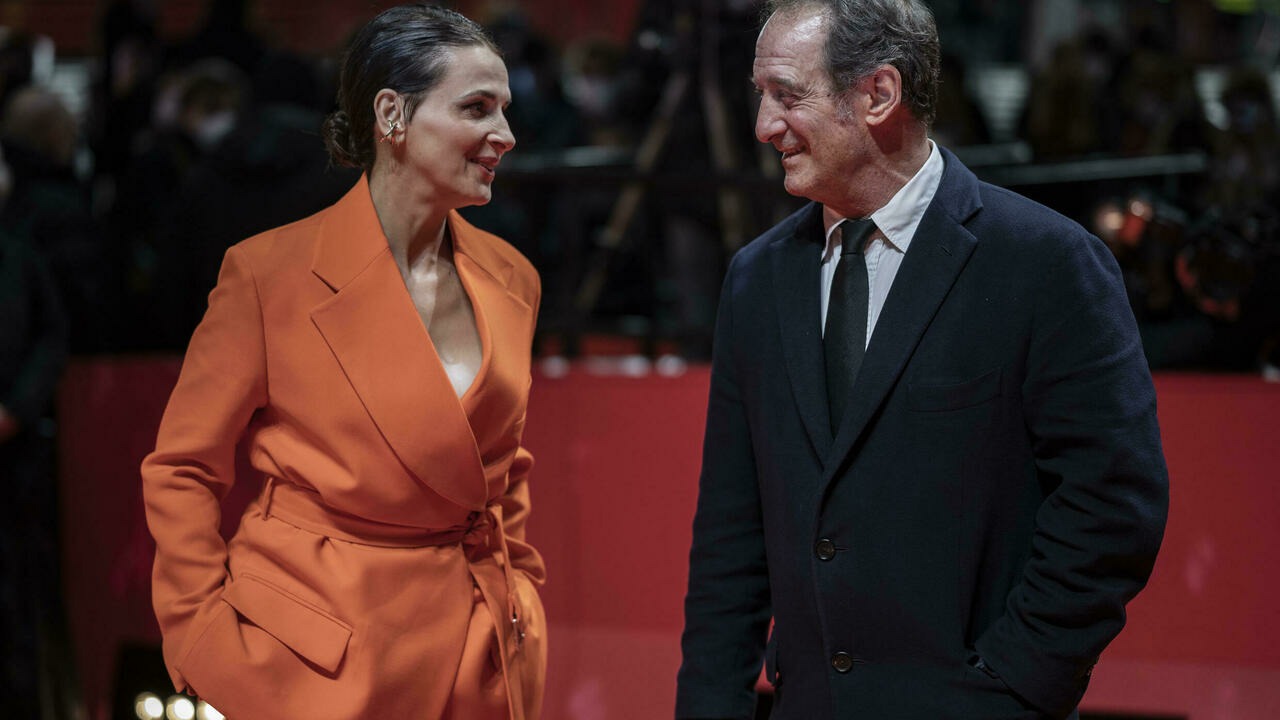 Berlin (AFP) – Two intense and passionate actors, reunited for the first time: Vincent Lindon and Juliette Binoche are two beasts in a cage, torn apart by love, in the latest film by Claire Denis, in competition in Berlin.

De Lindon, the 75-year-old French director, for the first time in the running for the Golden Bear, likes the “ability to reveal her pain, her fears”. From Binoche, she praises “the emotional power”.

The meeting of these two great performers, each accustomed to the director but who had never given the reply, sparks in “Avec amour et acharnement”.

The film tells the story of Jean (Vincent Lindon), a former rugby player and jailer, who passionately loves his partner, Sarah (Juliette Binoche), a journalist at Radio France International. Their love affair, in a small Parisian apartment, is disrupted by the reappearance of François (Grégoire Colin), Sarah’s former lover and Jean’s friend…

Between the two men, Sarah will hesitate, lie, give in. At the risk of losing everything.

This drama, which sometimes gets lost in asides, is a new adaptation of a story by Christine Angot, a close friend of Claire Denis. But unlike their last collaboration, “A beautiful interior sun”, this time there is no room for lightness.

“It’s not like a story of adultery, it’s more than that”, explains Claire Denis to AFP: “In life, it’s like that, there is the past that comes back and sometimes that it hurts”.

“Men are described as humans who cannot resist their sexual urges because they are men, but women cannot resist either,” adds the director.

Vincent Lindon embodies this masculinity and is also “an actor who opens up, who has confidence”, she underlines, while Juliette Binoche is “super feminine” and at the same time, carries “a power”: “It is a physical and emotional cannon”.

A mix that has proven itself on the set, especially for the shooting of one of the strongest scenes of the film, that of the breakup, hours of night shots in the apartment from which the team came out bloodless .

“Claire wanted us to arrive like wild animals, I think, well that’s what I tell myself,” explains Vincent Lindon. “We had an appointment, Juliette Binoche and I, with Claire Denis, like two people who have been on a journey for 35 years and then, all of a sudden, are going to play together”, he continues.

As actors, “we want to give everything, we suffer like stray and abandoned dogs arriving at a country house, we don’t know where”, describes Vincent Lindon. “At first, you can’t even approach them, you have to put bowls on, and then you come back two hours later and they have gained confidence. Actors and actresses are a bit like animals”.

In recent months, Vincent Lindon has played several strong roles, including that of a firefighter on steroids in “Titanium”, Palme d’Or 2021 at Cannes, or an executive crushed by liberalism at Stéphane Brizé. He is currently filming a series, “Tikoon”, on the carbon tax scam under the direction of Xavier Giannoli.

For her part, Juliette Binoche admits having had to “adapt” to an actor who “likes to improvise” and made her “lose (her) bearings”. “He has an energy and a need to be reassured which means that it mobilizes an attention that I had never really experienced on a set”.

“There is such an intensity, such a tension between these characters because of this love that comes to shake everything, that these conflicts were necessary to strain the situations to be played, I suppose. We used it, one as the other”, continues Juliette Binoche, who has also just signed for her first series (after a small test in “10 percent”), for Apple TV, where she will play Coco Chanel.