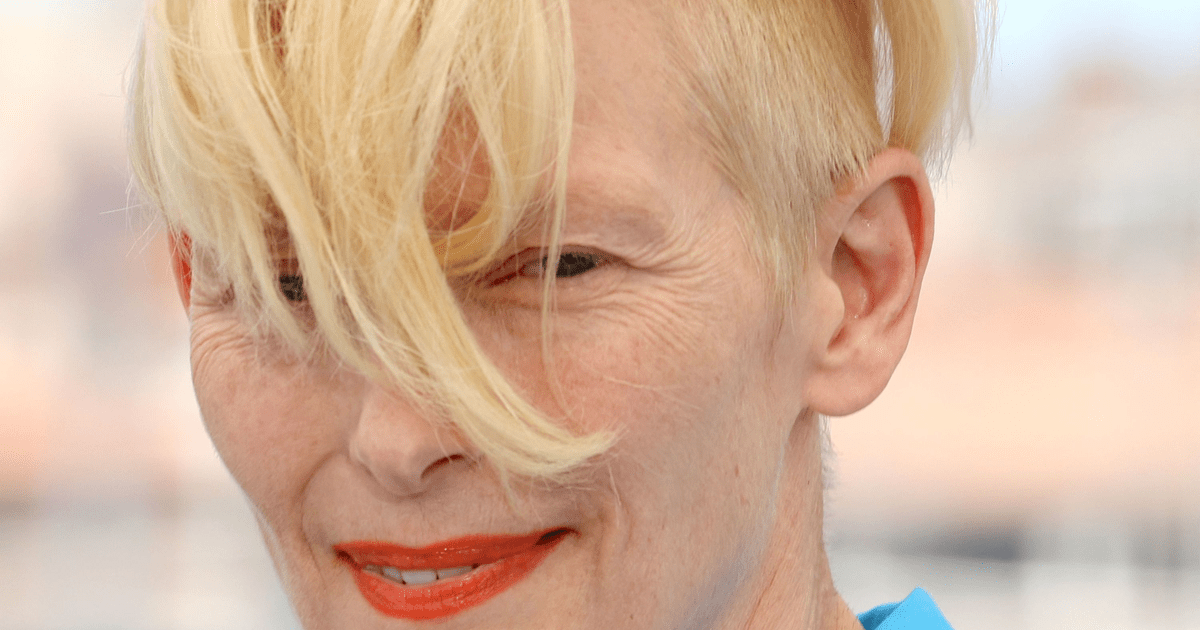 Friday July 16 – Tied: the Palm Dog jury did not decide between the three spaniels of Tilda Swinton. Ex machina: an unexpected doc on repression in Hong Kong that we won’t see in Beijing.

She already has all the codes. Sophie, calm and curious, poses for the photographers. She was running for the Palm Dog on Friday, quietly installed in the arms of Sean Baker, the director Red Rocket . She left empty-handed. Tilda Swinton’s three spaniels, enrolled alongside her in The Souvenir Part II, beat him to the post. Because they’re currently in Scotland, their landlady actress showed off the award necklace herself by wearing it around her neck. Can’t wait for a parallel selection for the rest of the animals: we would have been curious to see the cows of cow and Featured in the Palais des Festivals. They would have had room to walk around, the places are emptying visibly.

Read alsoBoarding for Cannes: Benzema on the run, licks and a bomb threat

The Salle du Soixantième also hosted the “surprise documentary“. It was about Revolution of our Times, a film about the protests in Hong Kong in 2019 and 2020. Exceptional testimonies and particularly harsh images. The beatings of the police send shivers down your spine. The students were ready to do anything, including suicide, to show their disagreement with the extradition law. This must allow the communist government to judge and imprison any opponent. Thierry Frémaux was aware of the scope of this programming. “In my opinion, I won’t be able to go to Hong Kong anytime soon…he lets go in the preamble. But, that’s nothing, long live intervention cinema!»

storm on the sand

After the hard rock and the gipsy guitar of the Tony Gatlif concert, a surge of ska, rocksteady, reggae on the beach on Thursday evening. British filmmaker Steve McQueen (Twelve Years a Slave) orchestrated a giant party at nightfall, that of Lovers Rock, the second installment of his mini-series produced by the BBC. Devilish sensuality in this London “party” where the actors dance, drink, flirt, dance again. Probably not the most unpleasant of shoots. And it was, for the spectators, a “great moment of coolness”as a playful festival-goer slips us.

Dry cleaners long for long dresses. All the owners of dry cleaners in the city will tell you that the parties are much less numerous this year. But the parties haven’t completely disappeared. Last night, Mika electrified the pontoon of the Martinez hotel, before fleeing to Rome in the early morning. And the Directors’ Fortnight celebrated its closing under the chic tents of its “Beach», a lounge that lands on the sand. Where we meet in turn Camille Cottin and Louis Garrel, as a couple in My legionarythen Sandra Codreanu, the talented actress who had her 4×4 stolen in Mi Iubita, my love. A Brazilian transvestite actor, blond wig and long red boots, toils for attention. Techno shakes the glasses of Royal Combier. A valiant reveler goes into the water.

Higher in the city, later in the night, a house opens wide its wrought iron gate. Upstairs, Mike and Fabien Kourtzer hold the turntables together. These composer brothers, signed the soundtrack of High and loud, which is in competition. The day before, Vincent Lindon gambled on this same track. Actor Arieh Worthalter starring in Hug me tight tries to make his way through the crowd. Alcohol weighs on the eyelids. Arnaud Fleurent-Didier, to whom we owe the song A man and two women, talkative, leaning on the balcony. We could lay it down as it is in an evening of The Big Bellezzaon the Roman terrace of Jep Gambardella. Cannes has not lost the sense of celebration.

Winners at the Directors’ Fortnight

To Chiarachronicles by Jonas Carpignano in which a young girl goes in search of her mafia father, was awarded the Europa Cinemas Label. Magnetics by Vincent Maël Cardona, the story of teenagers launching a pirate radio station in the 1980s, received the SACD prize.

Sharon Stone, who was an officer, was promoted to the rank of Commander of the Order of Arts and Letters. This is the highest distinction of this decoration. She received her green cord from the hands of Thierry Frémeaux, under the moved gaze of Bill Murray. The actress shed tears.

Badges worn in support of Kirill Serebrennikov, “SOS Colombiadisplayed on a flag when climbing the steps of Memoria, speech by a Georgian activist to warn about the fate of homosexuals in her country: the 2021 edition of the festival did not lack causes to defend. And it’s not over. Let’s wait, Spike Lee who will surely find the words to conclude the ceremony on Saturday.

The world is shaking. Let’s not exaggerate: Cannes shivers. If we already know who will win the Tour de France, the forecasts for the Palme d’Or are more uncertain. The vagueness reigns. Will the president of the jury, Spike Lee, recover from this bloated selection? The poster with his effigy was torn off. For twelve days, he had to endure euthanasia, strange babies, soaked Russians (pleonasm), Sapphic nuns, car journeys, quickly forgotten refrains, “yellow vests” in the hospital. Fortunately, Kad Merad arrived at the Martinez asking where the toilets were. French cinema keeps its promises. The Covid deprived Léa Seydoux of the red carpet, yet present four times on credits. Louis Garrel followed her with three appearances on the screens of the Croisette. It would be a shame, under these conditions, to leave empty-handed. We weren’t there for fun. The only exception: the closing screening ofOSS 117 – Red alert in black Africa, where Jean Dujardin takes over the role of Hubert Bonnisseur de La Bath. Brice from Cannes? Nicolas Bedos’ comedy breaks the monotony of a competition that is a little too serious, with some requiring a health pass to leave the room. We got two festivals for the price of one. It would be rude to complain about it. By the way, who took the prize in 2020? In front of the Grand Hotel, Spike Lee, still rebellious in his pink suit, a good disciple of Malcolm X, boasts on giant panels of a pen mark. All is well. The seventh art is not likely to change the world.

Boarding for Cannes: a palm for the pooches, a medal for Sharon Stone and the shores of alcohol