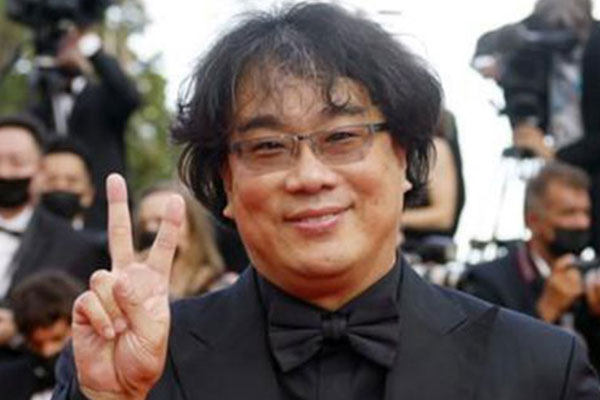 Yoon Ki-hyung’s documentary “I Love Watching” highlighted the defense of independent and neighborhood cinemas. And this through the famous Aegwan Hall located in Incheon. For this, he summoned a group of filmmakers and interviewed them about their nostalgia for a practice of cinema that is now disappearing. Among these filmmakers is Bong Joon-ho, famous director of “Parasites” or “Okja”. While there is no doubt about the latter’s cinephilia, the same is not true of his role in the defense of independent and neighborhood cinemas. Let’s take a closer look.

* Bong Joon-ho and the movie buff

It is clear that it is not trivial to find Bong Joon-ho in a documentary that celebrates cinephilia and the old way of going to see films in the small independent theaters of the neighborhood. Bong won a Palme d’Or at the Cannes Film Festival and several Oscars in Hollywood. Its presence in any program or documentary automatically raises audiences. So do not blame Yoon Ki-hyung for wanting to broadcast his documentary to the wider public. However, Bong, very sincere, says himself to have realized the existence of the old Aegwan room in Incheon only during the problems of distribution of his film “Okja”.

Indeed, “Okja” having been produced by the OTT Netflix, the theater chains in the hands of the monopolies like CJ Entertainment with CGV and Lotte refused to release the film. After many convulsions, it was finally the few independent theaters that still existed then that released the film. It is specified that hardly survived in 2018, before the slaughter of theaters during the 2020 pandemic. The fact remains that “Okja” made 300,000 local admissions, which was a relative success but showed the capacity of independent theaters to their maximum. ‘inputs; it was not so bad even if the theaters of the chains would have collected more than 10 million entries on “Okja”.

* A little history of Korean cinephilia

If Bong Joon-ho only got to know independent theaters late, it is because he is from a generation that almost grew up with monopoly multiplexes. Recall that the great period of Korean cinephilia began in the 1930-40s, when films abounded on larger and more numerous screens. European, American and, of course, Japanese films had the honors of the multitude of neighborhood theaters of a blessed era without television. The censors of the colonial government contented themselves with taxing films; money mattered more than content censorship.

After the liberation, big moviegoers like Yu Hyun-mok, Shin Sang-ok, Kim Ki-young or Lee Man-hee cut their teeth in small theaters. A law limited the number of copies of films therefore obliged theaters to distinguish themselves by their choices. This law lasted under the dictatorships of South Korea until the 1990s. But in the meantime, censorship – especially political – had regained force, and the generations of the 1970s and 1980s could not see as many films as their elders. .

Then in the 1990s, when Bong Joon-ho was preparing his first film, the chaebols decided to invest heavily in production-distribution and in new multiplexes. That was the end both for independent theaters and for the diversity of films, because the concentration of the public in the same theaters in front of the same films became the rule.

In fact, if we look back on Bong Joon-ho’s career, we can see that he has, on the contrary, been at the forefront of the current movement which destroys independent and neighborhood cinemas. He is, for example, the first to benefit from the blockbuster-type release with his monster film “The Host”. Three quarters of cinemas in the country are mobilized to release the same film. Only the filmmaker Kim Ki-duk will publicly raise his voice (many thought the same but did not dare to speak for fear of reprisals) to denounce a harmful monopoly effect on the diversity of both films, filmmakers and theaters. Nothing will do, the monopolization of all screens by blockbusters, taking advantage of the concentration of cinemas in chains like CGV, Megabox or Lotte, will increase in the years that follow. Bong is also the first to shoot a film for an international platform called Netflix.

It will be the film “Okja” that we talked about and which caused a scandal at the Cannes film festival when it was released. It brought face to face the supporters of the traditional industry and those who wanted to go to international platforms. Bong himself will then say that what matters is the broadcast of his film, no matter on which screens. Finally, with the success of “Parasite”, he opened the way to the American market for CJ Entertainment thus taking a step further from the old independent neighborhood theaters. In short, Yoon Ki-hyung probably made against bad luck when he interviewed Bong Joon-ho about the last rooms that the pandemic has almost finished. 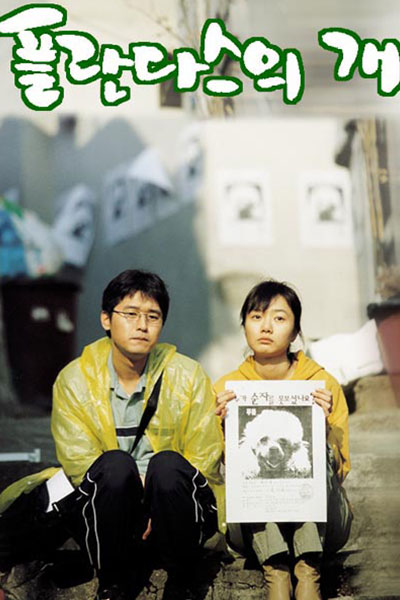 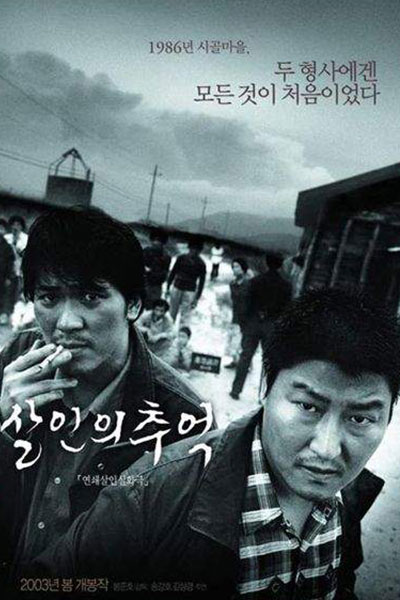 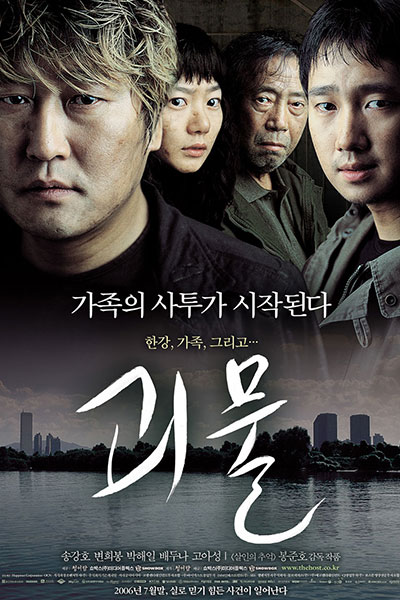 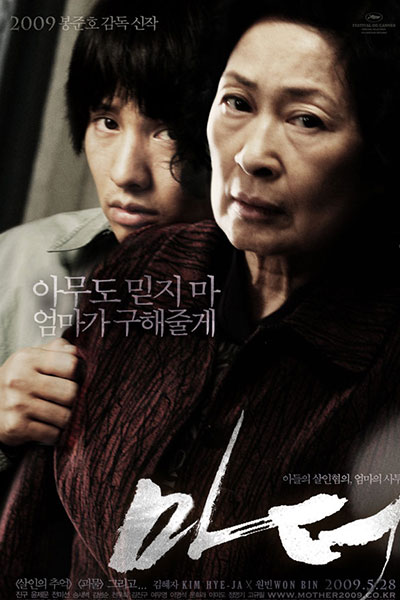 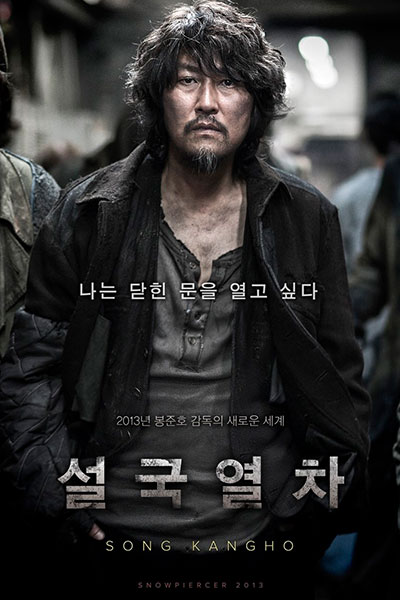 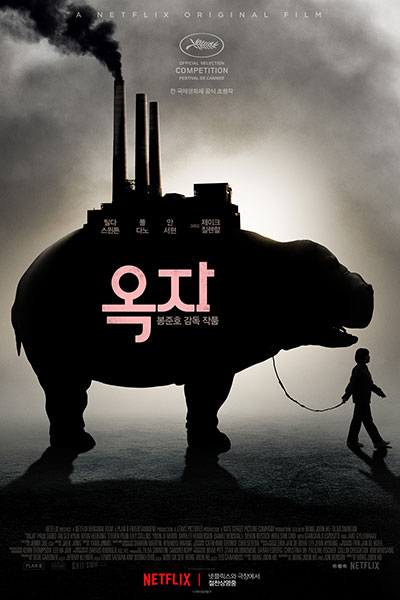 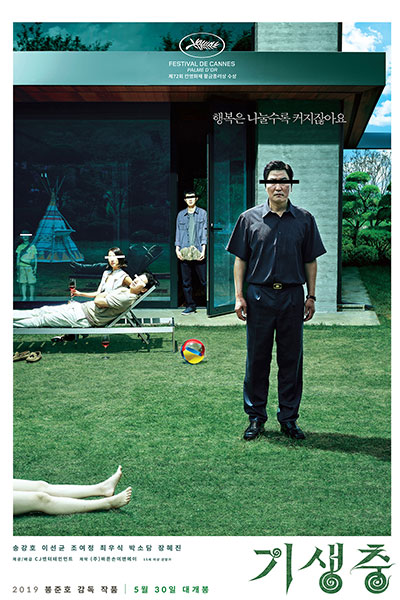