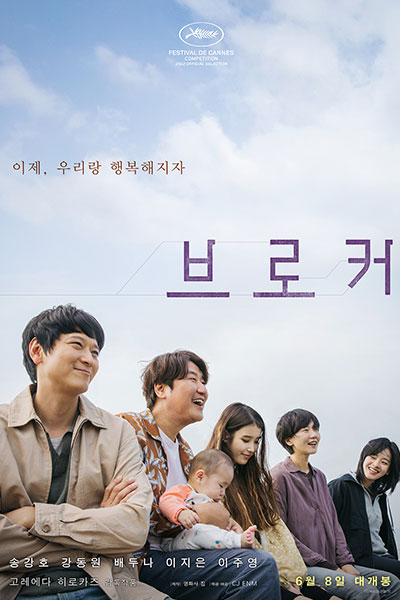 The famous abandoned baby boxes finally gave rise to a “Broker” film by Japanese director Kore-eda Hirokazu with a choice cast. Judge: Song Kang-ho, Bae Doona, Lee Ji-eun and Gang Dong-won. Funded by CJ Entertainment, the film was in selection at the last Cannes Film Festival but came back empty-handed. We will see why. 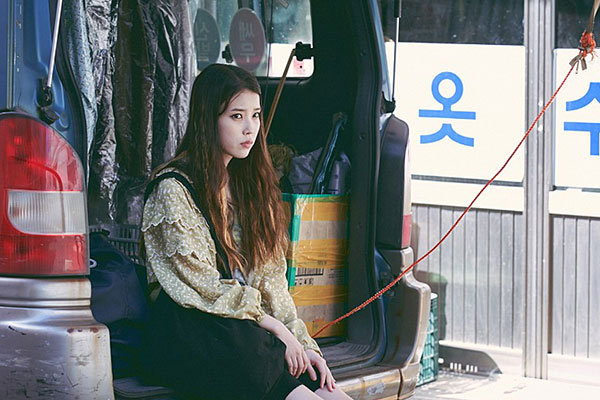 Here, no initials BB as sang by Gainsbourg, only a catastrophic vision of South Korean youth. Indeed, the character played by Lee Ji-eun, star of K-pop, comes to deposit her baby in front of a church in Busan and her baby box. In wanting to recover it, the next day, seized with remorse, she comes across two tricksters played by Song Kang-ho and Gang Dong-won. They explain as if nothing had happened that they are trying to sell the baby at a good price. The mother, who seems straight out of a promo for beauty products, is not offended more than that. She wants a piece of the pie. The trio then set off in search of buyers. We think of organ trafficking but in fact it is about couples ready to pay between 7,000 euros and 2,000 euros to recover a mustard. In short, it’s misery on all levels, but neither the characters nor the film seem to be interested in it. Except maybe two female cops, including the phlegmatic Bae Doona who, on the sly, follow the baby-stealing trio. 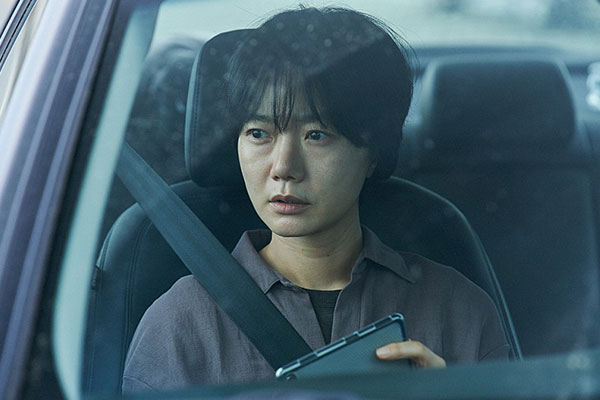 * Is it really serious?

We knew Kore-eda Hirokazu for films like “Air Doll” in 2009, and already with Bae Doona. The latter owes a lot of her career to this film and to this director. Her role as an inflatable doll has made history in the history of world cinema. Anyway, Kore-eda seems to have moved on. Already “The Shoplifters”, his film which returned with the Palme d’Or at Cannes in 2018 (it narrowly beat Lee Chang-dong’s film “Burning”), had left its audience hungry. A subject which, at first, seems fascinating: a community of Japanese living off illegality. But very quickly the film gets tangled up on the rolls of film and we lose the thread of the subject. This is also the case here with “Broker”. The couple of female cops appear as an opportunity to get Bae Doona to play but come in almost nothing, if not comically awkward, to make sense of this story. Song Kang-ho is content to do Song Kang-ho, crafty, but nice teddies quickly overtaken by events. Gang Dong-won plays with his big eyes all the time to satisfy his admirers but seems irrelevant. But the worst comes from Lee Ji-eun who, as Bae Doona says in the film, does not look at all like a grieving mother who has just abandoned her child or who is trying to sell it. Made up like a stolen car from start to finish, her character seems like a CJ Entertainment marketing artifact that the good Kore-eda must have been struggling with. 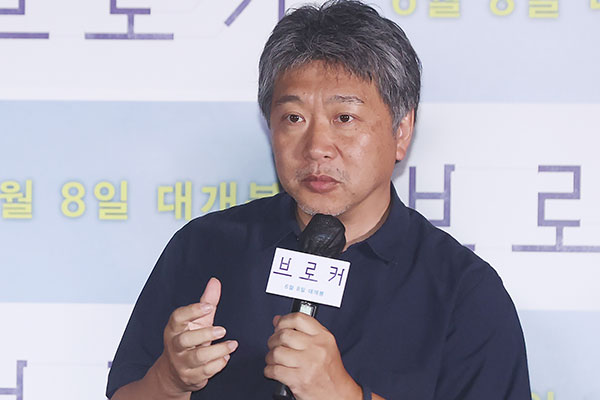 * And yet, we abandon babies

In the Middle Ages, in Europe, the abandonment of babies on the porch of churches was relatively common. They were often called “Esposito”, the exposed ones, because like the Spartans of ancient Greece, the babies often had to spend a night in the cold and survive there before being recovered by the priests. In Korea, the story of this film could have alluded to the numerous abandonments of illegitimate children. These children were then largely adopted by Western couples of good conditions, and despite the hypocritical tears of some, managed to escape the misery or even death that awaited them in Korea. But the film rather evokes the current South Korean youth, long deprived of birth control pills and abortion pills. Even today, no law comes to clarify the situation legally. Understand, that in the old days, we let tradition manage women’s bodies. The result is squalor for young girls forced to have abortions illegally, at their own expense, with pressure from men, and humiliation that is not even mentioned. Kore-eda, who is also the author of the screenplay, could have digged into his subject, pressing where it hurts to burst the abscess, but no. As with “Shop Lifters,” he stuck to a surface approach. Note, however, on a positive note, the work of cinematographer Hong Kyung-pyo alias Alex Hong. The author of the frames and lights on “Girl’s Night Out” by Im Sang-soo, “Snowpiercer” by Bong Joon-ho or “Burning” by Lee Chang-dong, gives in “Broker” some singular shots probably inspired by Kore -eda and his Japanese films: a bird’s-eye view of Song Kang-ho hanging out his laundry on a terrace; a long dialogue in a room from which we can see through the window the boats arriving and departing from the port of Busan; a conversation between the trio of stars seen through the French window frames of another darkened bedroom. A few good shots that should reinforce Hong’s reputation as one of the top three chief ops. South Koreans.