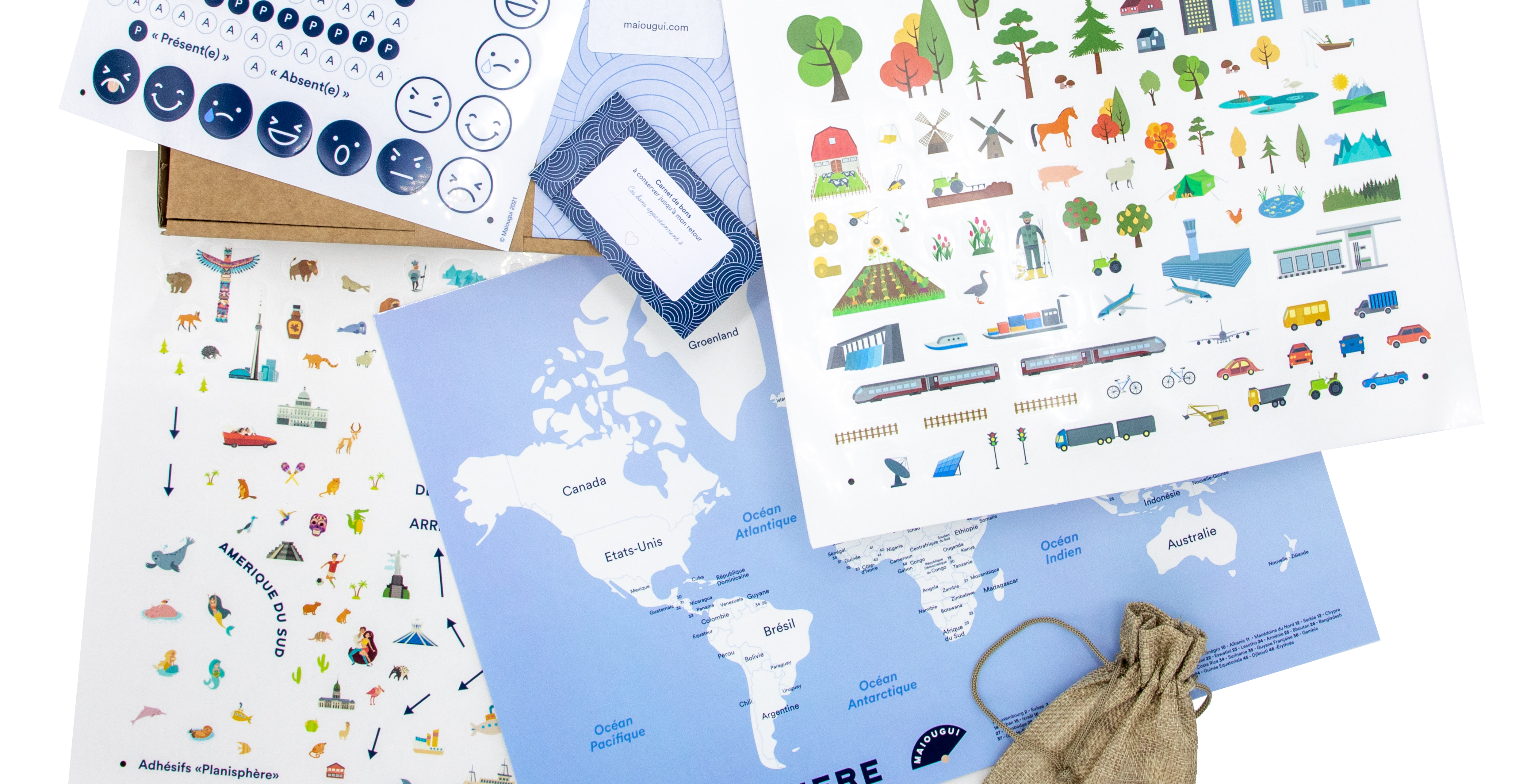 “Dad or Mom is going on a business trip”. It’s not the remake inclusive version of the 1985 Palme d’Or (as we know Kusturica, he would never have accepted), it’s the name of a box intended for children whose parents travel frequently for professional reasons.

Initially, the box was designed for the offspring of soldiers. It must be said that three of the women who are at the origin of this beautiful idea are in a relationship with soldiers, when they are not daughters of thugs! They have upgraded their product by adapting it to trips whose purpose is less belligerent, although: business travel.

This beautiful idea, therefore, consists in making the absence of a parent live better, even in transcending it. By materializing it in time: a “Velleda” schedule makes it possible to count down the days (and especially the nights, by virtue of the childish markers, the specialists tell us) of the absence. By transforming it into a support for the imagination: accessories make it possible, for example, to invent the city in which the traveling parent is. By encouraging communication at a distance or on return, using different media. Non-exhaustive description because the box is very rich.

Miaougui promises a product suitable for 4-12 year olds. From stickers that can be peeled off at will, accessible to the little ones, to writing materials suitable for primary school pupils, the box can effectively rake in a wide range. But one homemade testing gave this result: the 12-year-old boy muttered a rumbling sound that we could translate as follows: “Yes, well, it’s more for my sister“. As for the sister in question, 9 years old, she, for her part, officially declared: “It’s seriously good!” (even though neither parent was on a professional trip: the father, in particular, wrote the article you are reading alongside him).

“A parent employee, he is 100% employee and 100% parent“. This is Marie de Bucy, a stakeholder in the Miaougui adventure, who speaks. A formula that sums up the company’s objective well: “We are in the midst of CSR. Moreover, if the box is accessible on an individual basis (for around forty euros, on the Maiougui site, ndr), our interlocutors are HRDs or CSR directors since this function is developing“.

Sell ​​to companies, therefore, so that they offer the article to parent collaborators who travel. For Miaougui, the working capital is already substantial: the original box is sold to 30,000 copies to the Armies each year. And the excellent idea is not only educational: by keeping total control of the product, Maiougui can personalize the box (in the colors of the buying company, for example), but also its content (the parent can become monthly depending on the duration of his travels).

DeplacementsPros has always refused to become a “consumer page” as journalists say, but here, the idea is too good to be ignored. “You’re right, it’s hilarious“, has just added the tester quoted above.

Business travelers without children, this article is not for you – Déplacements Pros

Cannes Film Festival 2022: Virginie Efira at the presentation, three Belgian films are aiming for th...
Here are the personalities of the year in the business world, according to Quebecers
On TV Monday November 22: the best Tarantino
Tweet
Share
Share
Pin
Other links: https://awardworld.net/resources/