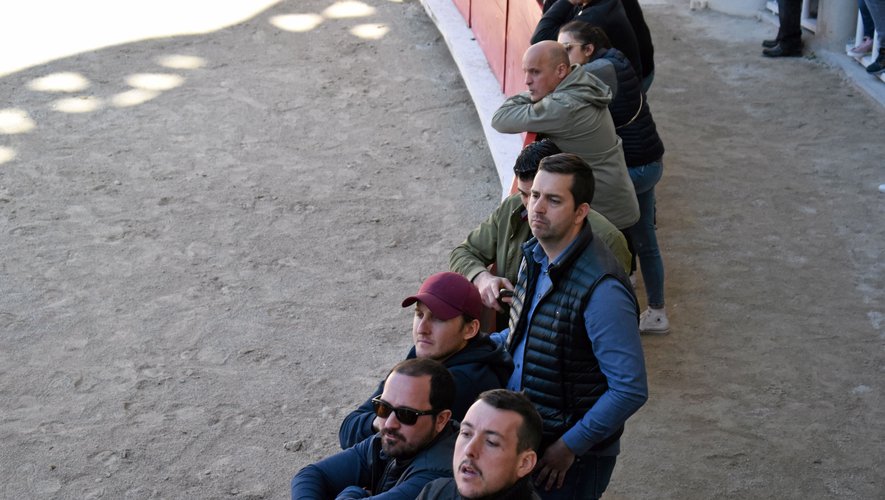 Between the first two races of the season at the bullring, interview with the former raseteur and now responsible for the Camargue races in San Juan until 2026.

What are your first impressions after the Royale Nicollin which opened the season last Sunday?

I am satisfied with the inputs. We made 1,700 paying entries and it was not won because there was the presidential election. Now, we hope for another success at this level with the Royale Cuillé, this Easter Monday. From a bullfighting point of view, the Royale Nicollin started slowly and then ended well with Generous, Derrick and Boumian. But it’s a start to the season.

You have four years ahead of you in these arenas, what is your ambition?

My idea is already to bring the arenas to life. Opening them more often than before is one of them. It’s been years since there had been so many races in a season at Lunel. This year, we will have 8 high-level races with the Aces trophy, Future trophy races and a League race this afternoon to help managers and challenges.

I also want the city’s bullfighting clubs to be involved in the organization of the arenas. Every week, before the races, I take stock with them or with the Pescalune trophy commission.

What are your challenges in these arenas of Lunel?

The important thing is first of all the filling rate. It’s a real challenge. We communicate a lot for this, we go to canvass companies, we organize presales. Moreover, and above all, Lunel is a very aficionado arena, the public is demanding and I want them to be happy with their arenas. To get it this year, I’m betting in particular on a race that didn’t exist, during the Pescalune festival.

Finally, the priority is the show: the secret is to make the right choice on the bulls and achieve that there is osmosis on the track with the raseteurs. But afterwards, you always have to tell yourself that it’s still bulls, they’re not good every Sunday.

Do you have a secret for guaranteeing and improving the quality of bulls and breeders?

By working in Nîmes and Lunel, I have a certain responsibility in terms of the quality to be given in the major races of the Trophée des As. also so that aficionados leave happy. That’s the difficulty, but my role is there.

I admit that after the Royale Nicollin, I had a frank discussion with the raseteurs. I make demands. It’s the same for bulls, not all of them can come to Lunel. As a former raseteur, I have a vision of bullfighting, I like competition but also the artistic side, that’s what I want to highlight.

You want the best bulls and raseteurs, do you think you can convince Joaquim Cadenas to come to Lunel?

I also had a frank discussion with Joachim. I told him of my interest in his coming to Lunel. The doors of the arenas are wide open to him. I hope he will come, but we must probably allow a little more time. But his interest, and mine, is that he is present in these arenas. The place of a great raseteur is there.

What are the highlights of this first season that you have programmed?

We must remember this start to the season, launched by 2 Royale: Nicollin last weekend and Cuillé this Monday. There is also the Castro trophy, the initial meeting where the best bulls of the moment will pass. At the end of the season, it will be a full weekend with the Royale Saumade for its 650th anniversary and the final of the Pescalune trophy. This weekend is a big bet. It is not the only one since there is this Pescalune race.

I admit that one Sunday of the Pescalune festival in Lunel, I never saw many people in the arenas. In addition, at the same time, there is the Palme d’Or, but we are going to go all out: a big bull field and we think it can work.

You had little time for this first programming since the DSP of the arenas was revealed in February, how did you manage this problem?

Camargue race: “I want the public to be happy with the Lunel arenas” testifies Hadrien Poujol