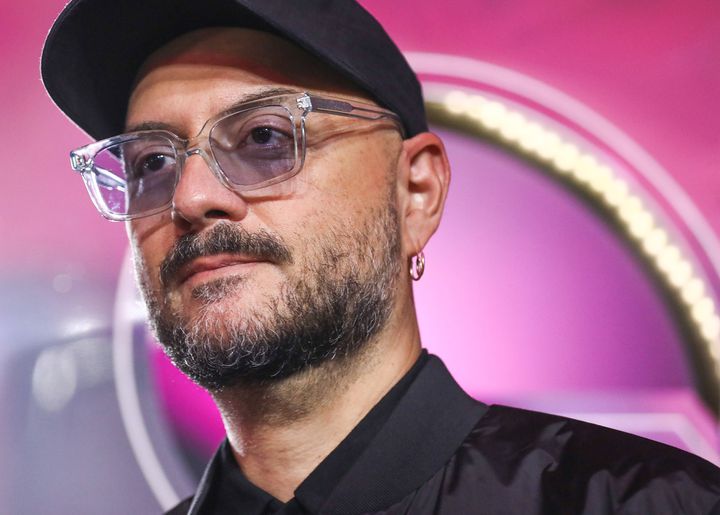 The arrival on the carpet in Cannes promises to be spectacular: the Patrouille de France, which Tom Cruise met on Tuesday, will fly over the rise of the steps. “He inspired a generation of pilots”, tweeted the official aerobatic patrol of the French Air Force, which posed with the Hollywood star.

He inspired a generation of pilots. The @PAFofficial met Tom Cruise on the eve of the world premiere of #TopGunMaverick at Cannes @TopGunMovie @Paramountfr ©️ Serge Arnal / Paramount. pic.twitter.com/EI8nt5am2O

Follow our LIVE. Cannes Film Festival: Will Tom Cruise land on the red carpet in a helicopter?

Who can so boldly and consistently challenge James Bond and the superhero franchises at the box office? Tom Cruise, 59, the face of Impossible mission and other blockbusters, like Top Gun: Maverick parachuted Wednesday, May 18 at the Cannes Film Festival. “Tom Cruise is one of the actors in the history of cinema who in his choices, in his projects, in his work has the greatest success rate”, greets Thierry Frémaux, General Delegate of the Festival, who transforms for a day into a control tower to receive out of competition Top Gun: Maverick (sequel to the first part of 1986) and its mega-star.

In his 40-year career, the actor-producer has never donned a superhero cape, but is nevertheless called upon to become a savior of cinema as theaters are slow to regain their pre-crisis fill level. global health. “When he commits to a project, it’s a great result, a great film, and it’s also this artist that we welcome, not just the blockbuster Top Gun which we hope will bring viewers back to cinemas,” thus develops Thierry Frémaux.

The American star also appeals to the president of the Festival jury, Vincent Lindon, a French actor who is nevertheless renowned for a filmography that rhymes with social commitment. “I’ve always loved Tom Cruise. He’s the actor who runs the best in the cinema, always straight in his line!”, he said recently in the Sunday newspaper.

In fact, Tom Cruise is still racing. Figuratively and literally, since we see it in the new Top Gun in a stress test race in one of the first scenes, which allows him to display a physique that is always carefully maintained. The reunion with Val Kilmer, sick on film and in life, is painful to see for the latter, as Tom Cruise displays brilliant health. It’s with the first chapter Top Gun that the comedian who had just broken through with Risky Business (1983) became a superstar in the fighter pilot outfit of maverick, character nickname. A nickname that means “maverick”, what the actor tried to be by escaping the commercial circuit for forays into auteur cinema.

Born on July 4 by Oliver Stone (1989) thus reads like an anti-Top Gun, with a hero, a Vietnam veteran, confined to a wheelchair, in full descent into hell. A great effort to break his image and try – in vain – to win an Oscar for a performance like the USA loves so much. “He wants to be the best (…) he comes from the working class, there is a noticeable crack in him, he comes from a divided home, he was dyslexic”, had deciphered in the newspaper The world Oliver Stone.

Tom Cruise even offered parentheses with cerebral directors, Stanley Kubrick (Eyes wide shut, with his then-wife Nicole Kidman) and Paul Thomas Anderson (Magnolia). But the 1990s also saw Tom Cruise make a decisive move back into mainstream action cinema as an actor and producer with Impossible mission. With a first chapter (the 7th and 8th are in sight) directed by Brian De Palma, another great filmmaker for this actor who has already passed in front of the camera of Francis Ford Coppola (Underdogs for a small role at the start of his career) and who would later play for Steven Spielberg (War of the Worlds). Tom Cruise stars in Impossible mission for almost 30 years (1996), an exceptional longevity that no actor embodying James Bond has known.

The man with the impeccable smile bounced back well as his pro-Scientology activism clouded and tarnished his image, particularly in the mid-2000s. He has once again become a symbol of Hollywood power. “He is someone who devotes himself to the cinema, insists Thierry Frémaux. To see Tom Cruise, you have to see a feature film in a movie theatre.”

For the first time, filmmaker Kirill Serebrennikov, 52, an enfant terrible of Russian cinema, known for his daring creations and his support for LGBT+ people, will walk the red carpet and open the competition with Tchaikovsky’s wife.

By presenting this film on the first day of the competition, after a remote intervention, Tuesday evening during the opening ceremony, by Ukrainian President Zelensky, the festival intends to send a strong signal against the Russian regime. Added to this is the programming of several Ukrainian films or evoking the fate of the country, including Mariupol 2 Lithuanian Mantas Kvedaravicius, killed in early April in Ukraine.

The world cinema meeting refuses to welcome “Russian official representatives, government bodies or journalists representing the official line” Russian, but always said he was ready to welcome dissenting voices, starting with Kirill Serebrennikov. This is the second year in a row that the director of Leto is running for a Palme d’Or. Under house arrest in Moscow, he presented his feature film remotely in 2021 Petrov fever. His actors had worn badges with his initials. In the Palais des Festivals, the armchair bearing his name had remained empty, as in 2018 during the presentation of Leto.

Now based in Berlin, he explained to AFP at the end of April that he had left Moscow “for a matter of conscience”, even if he refuses the term dissident. In the running for the Palme d’Or, his film looks back on the brief and disastrous marriage of the composer of genius Piotr Ilitch Tchaikovsky, who was homosexual.

Cannes 2022: Tom Cruise arrives on the Croisette with “Top Gun: Maverick”, presented out of competition