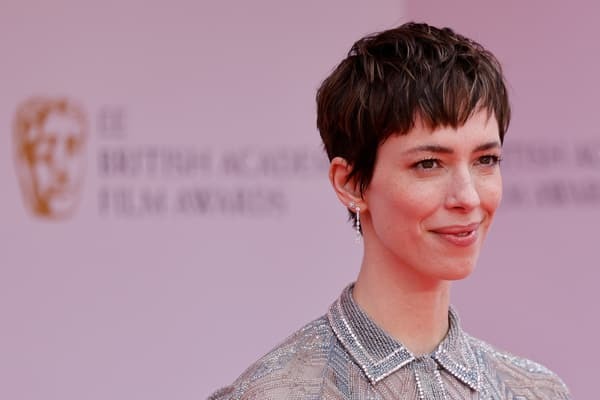 Four actresses and four directors make up the list of members of the jury who will be held this Tuesday alongside President Vincent Lindon.

International actresses and directors, from India to the United States via Iran: eight jurors will surround the president of the jury Vincent Lindon (The law of the market, Titanium) for the 75th edition of the most prestigious film competition.

Alternating filming between the United Kingdom and the United States, her two homelands, Rebecca Hall recently took her first steps as a director with Chiaroscuropresented at the Sundance Film Festival in 2021.

The 40-year-old Anglo-American actress has toured with filmmakers like Christopher Nolan, Steven Spielberg and Woody Allen for Vicky Cristina Barcelonaa role that earned him a Golden Globe nomination.

It’s in the leather and nails outfit of the punkette of Millenniuman adaptation of Stieg Larsson’s best-sellers, which this Swede burst onto the screen in 2009. Then came the big-budget films in front of Guy Ritchie’s lens (Sherlock Holmes: Game of Shadows2011) or Ridley Scott (Prometheus2012).

She will also be chosen by demanding filmmakers like Brian De Palma (Passion, 2013). At 42, she will soon give the reply to Matthias Schoenaerts in the series Django by Studiocanal.

The Italian knows Cannes well, where she was awarded the prize for best female performance in 2017 for her role in Fortunate by Sergio Castellito. She started under the direction of Nanni Moretti in The son’s roomPalme d’or 2001. The actress has since returned to the Croisette several times.

At 41, she has just completed her first feature film, Marcel! which will be screened at a special screening.

His last movie, A herowon the Grand Prix at the 2021 Cannes Film Festival.

French director, screenwriter, actor and producer, Ladj Ly, 44, was awarded the jury prize at the Cannes Film Festival in 2019 for his feature film Wretched. Nominated for the Oscar for best film, this box office success was also distinguished in France by the Césars.

Currently working on writing his second feature film, the filmmaker is also the founder of the film school Koutrajmelocated in Montfermeil, Marseille, Dakar and Madrid.

American director and screenwriter, Jeff Nichols, 43, was revealed in 2007 at the Berlin Film Festival with Shotgun Stories. In 2011, Jeff Nichols won the Critics’ Week Grand Prize with Take Shelterpsychological thriller.

In 2016, back in competition at Cannes, Jeff Nichols presents loving, the story of a biracial couple. The film is rewarded with the Golden Globe for best actor awarded to Joel Edgerton.

Norwegian director and screenwriter, Joachim Trier, 48, has won numerous awards since his first feature film, New deal in 2006. Five years later, Oslo, August 31 is presented at Cannes, in the Un Certain Regard selection.

Julie (in 12 chapters), offered him a new selection in competition at Cannes last year. The performance of her compatriot, actress Renate Reinsve, was rewarded with the prize for female interpretation.

Cannes Film Festival: from Asghar Farhadi to Jasmine Trinca, who are the eight jurors of the 75th edition?