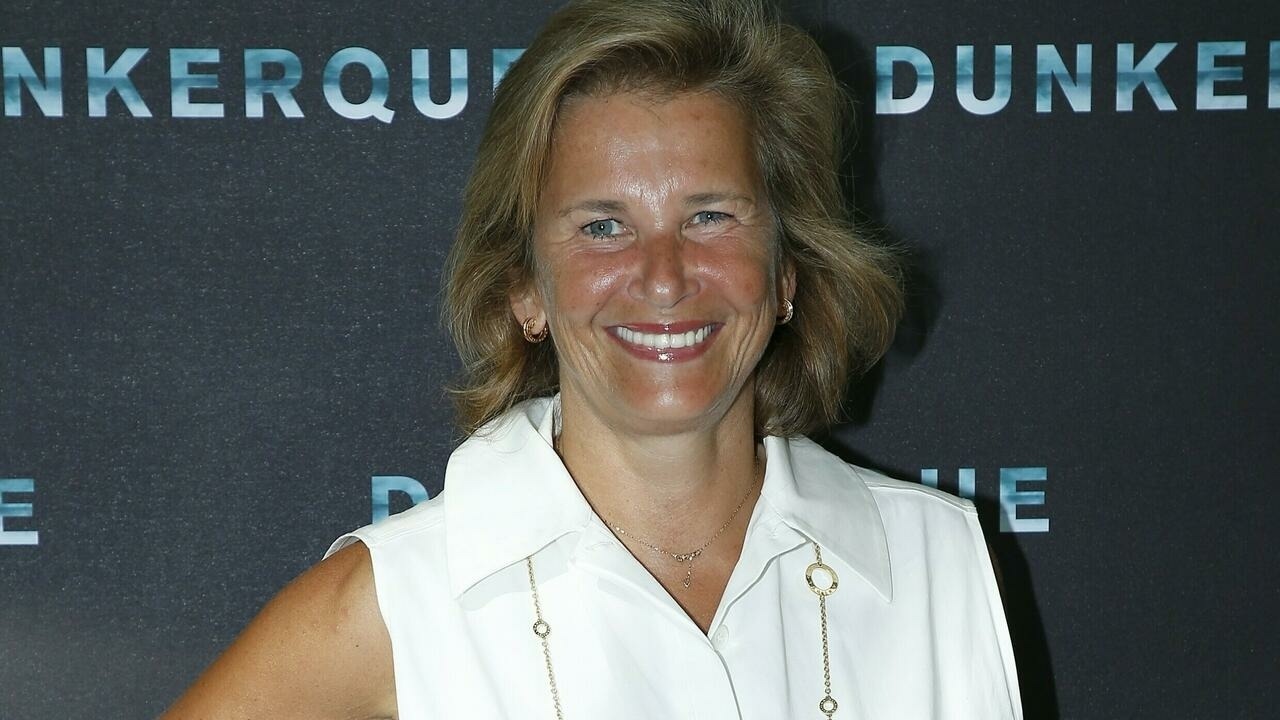 The biggest cinema event in the world is opening a new chapter in its history. From July 1, the Cannes Film Festival will be chaired by a woman for the first time. The German lawyer Iris Knobloch, 59, long eminent strategist of the American studio Warner, will succeed until 2025 the Frenchman Pierre Lescure, 76, co-founder of Canal +, in office since 2014.

After the Palme d’or 2021 awarded by a mostly female jury to Julia Ducourneau – thus becoming in the history of Cannes the second award-winning filmmaker – and the signature of the charter of the 50/50 feminist collective, the Cannes Film Festival continues to expand the place of women in the biggest event in the 7th art. On Wednesday March 23, the Board of Directors of the French Association of the International Film Festival appointed Iris Knobloch to this coveted position. She was elected by secret ballot by representatives of the public authorities and film industry professionals with 18 votes for, 6 against and 3 abstentions.

After her appointment, Iris Knobloch expressed her future editorial line at the head of the Cannes Film Festival: “ Deeply European, having always defended the cinema in my career, in France and abroad, I am happy to be able to devote all my energy to the influence of this planetary event, a major meeting for the safeguarding of the cultural life of a world which feels, more than ever, the imperious need for it. The cinema film seen in theaters remains an essential artistic expression “, she said in the press release distributed by the Cannes Film Festival.

Iris Knobloch, born in 1963, is the daughter of another strong woman, Charlotte Knobloch, survivor of the Holocaust, who became between 2006 and 2010 the first woman president of the Central Council of Jews in Germany. His daughter Iris, after training as a lawyer acquired in Munich and New York, was admitted to the bars of New York, California and Germany. Trilingual, she was for a long time in the service of an American major, Warner Bros, in Los Angeles, London and Paris. In October 2020, she was appointed President of WarnerMedia in France, Germany, Benelux, Switzerland and Austria, “ with particular responsibility for the development and execution of WarnerMedia’s strategy as well as the coordination of all the group’s sales and marketing activities in the region “, according to the biography distributed by the Cannes Film Festival.

With Warner at the Cannes Film Festival

Throughout her work at Warner, she regularly attended the Cannes Film Festival where she accompanied the films of the greatest American filmmakers such as Clint Eastwood, Christopher Nolan, Steven Soderbergh or Woody Allen. But his best calling card for Cannes will remain his commitment to French films (co-)financed by Warner, including The Artistby Michel Hazanavicius, winner of 5 Oscars and for which Jean Dujardin won the Palme d’Or for Best Actor.

With the appointment of Iris Knobloch, Cannes is in line with other festivals in favor of women. In 2020, the Venice Film Festival had played the role of precursor with a selection of eight films directed by women in the official competition, before awarding the Golden Lion to women in 2020 and 2021, first to Chloe Zhao (later to become the second woman crowned best director at the Oscars) and then to Audrey Diwan. This year, the Berlinale had even surpassed the already very feminine winners of the Mostra 2021 by awarding practically all the major prizes to women, including the Golden Bear to the Spanish director. carla simon.

A paradigm shift in the field of women and business?

Beyond this spectacular feminization in the heights of cinema, the future president of the Cannes Film Festival probably also represents another paradigm shift for the biggest event in the 7th art. Very familiar with the American universe and deeply rooted in the world of business and finance, Iris Knobloch’s approach to the economic issues of the Festival and of cinema in general will certainly be profoundly different from that of her predecessors. .

Even after his departure from WarnerMedia, Knobloch will remain at the heart of a very influential network in the business community. In July 2021, she became CEO of I2PO, the first European special purpose acquisition company (SPAC) dedicated to the entertainment sector and led by a woman. A powerful financial tool at the service of the Pinault family and the banker Matthieu Pigasse. When it went public, I2PO raised 275 million euros to make investments with the ambition of becoming the European leader in entertainment and leisure. Without forgetting the function of Iris Knobloch as a director of the global financial advisory group Lazard and her role as vice-president of the board of directors of the French hotel group Accor.

A multitude of roles and commitments that did not leave some members of the Cannes Film Festival Board of Directors indifferent. The sensitive issue of conflicts of interest was discussed, but obviously no one at the Festival has any interest in prolonging the discussion, and this probably for good reasons. According to the newspaper Le Monde, the sixteen members representing the cinematographic profession are all potentially concerned since they defend their films at Cannes each year. Without the statutes of the Festival association preventing them from doing so “. So far, the reactions thus confirm a conclusion put forward on the workings of the Cannes Film Festival by Xavier Monnier in his book Confidential canespublished in 2021: ” If expressing an opinion on films, questioning the quality of a selection, questioning a prize list remain acceptable to a certain extent, revealing one’s backstage or deconstructing the tangle of one’s interests and privileges constitutes a prohibition. »

For her part, Iris Knobloch said that her SPAC will not make any investment in the field of distribution or film and audiovisual production to avoid conflicts of interest. In addition, she underlined not to participate in the vote during a possible renewal of the Festival’s partnership with Kering, a group of the Pinault family which is also co-owner of Iris Knobloch’s SPAC. Pascal Rogard, director general of the SACD, remains currently the only one who openly criticizes the choice of Iris Knobloch. On his Twitter feed, he regrets that “ the State imposes its candidate despite the opposition of professional organizations “.

For now, the French cinema world seems more preoccupied with another issue: Netflix. Since the historic agreement concluded on February 22 between the streaming platform and professional film organizations in France, the American giant has undertaken to invest a minimum of 30 million euros per year (4% of its annual turnover made in France) in French cinema. Beyond that, Netflix has made a commitment to pre-finance at least ten films annually. Not to mention Netflix’s commitment in France for series, fiction and documentaries broadcast in streaming, which amounts to 160 million per year. In return for these obligations following the European decree on on-demand audiovisual media services (SMAD), Netflix benefits from a new media chronology where the release of films on its platform is now possible after fifteen months instead of 36 months. until now.

So far, the Cannes Film Festival remains the only major film festival to remove films from the competition’s streaming platform to save the media timeline and support cinemas. However, in a letter addressed to the current president Pierre Lescure, several professional organizations of the cinematographic industry in France fear a change of direction. And future president Iris Knobloch will be instrumental in making this essential decision so that Cannes can “ remain the absolute artistic reference of world cinema “.