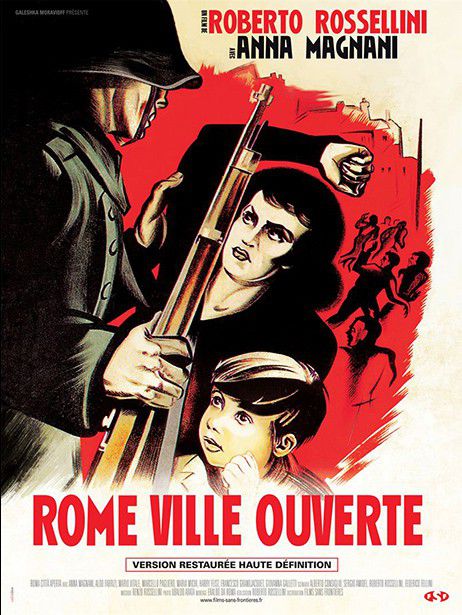 The Cannes Film Festival really saw the light of day after the Second World War, but it was not until 1955 that the supreme award took the name of “Palme d’Or”. Here are 19 films that won the prize and which, according to the editorial staff of Les Echos, have become essential.

This Italian neorealist film directed by Roberto Rossellini won the Palme d’Or (then called the “Grand Prix”) ex aequo in 1946. It depicts a group of Italians under the Nazi occupation of 1944.

This British film by Carol Reed, released in 1949, notably starring Orson Welles, traces the story of an American writer brought to follow an investigation in devastated post-war Vienna. It is one of the greatest film noir in cinematic history.

1956: “The World of Silence” by Commander Cousteau and Louis Malle

Awarded in 1956, this documentary directed by Commander Cousteau and French director Louis Malle remains a benchmark in its field. In the whole history of the festival, it will be the only documentary film with “Farenheit 9/11” by Michael Moore (2004) to have obtained the supreme award at Cannes.

Directed by Federico Fellini, this masterpiece of Italian cinema won the Palme d’or unanimously in 1960. It traces the worldly and decadent life of a celebrity press journalist in Rome. The film caused a scandal and the myth was born.

Adapted from the eponymous novel by Giuseppe Tomasi di Lampedusa, the film by Luchino Visconti, which stars actors Alain Delon, Claudia Cardinale and Burt Lancaster, won the Palme d’Or in 1963. This classic Italian cinema, shot in Sicily and in Rome traces the fall of the Italian aristocracy at the end of the 19th century.

1964: “The Umbrellas of Cherbourg” by Jacques Demy

This musical filmed by Jacques Demy in 1964 won the Palme d’Or and revealed Catherine Deneuve, who would become his muse. It is one of the first and rare French films to evoke the Algerian War.

1967: “Blow up” by Michelangelo Antonioni

Directed by Michelangelo Antonioni in 1967, the film tells how a young photographer, in the swinging London of the 1960s, discovers a murder in his photos. The film is inspired by a short story by Julio Cortazar “The Sons of the Virgin”.

This American comedy shot by Robert Altman won the Palme d’or in 1970. It tells the adventures of two crazy and provocative surgeons during the Korean War. The film will be adapted into a television series in the United States.

The film that revealed Robert de Niro won the Palme d’Or in 1976. The story of a night taxi driver in criminal New York in the 1970s. This would be the start of his fruitful collaboration with Martin Scorsese, and the revelation of a 12-year-old actress: Jodie Foster.

Directed by Francis Ford Coppola in 1979, this film is a loose adaptation of Joseph Conrad’s short story, “Heart of Darkness”. He won the Palme d’or ex aequo with “Le Tambour” by Volker Schlöndorff. The film approaches the Vietnam War through the eyes of an American army captain.

Awarded the same year as “Apocalypse Now”, Volker Schlöndorff’s film tells the story of a little boy who refuses to grow up under the Nazi regime.

Palme d’or unanimously in 1984, Wim Wenders’ road movie depicts the beauty of the landscapes of Texas, and Nastassja Kinski. The film is a big success, and one of the most important of the career of the German director.

David Lynch was not unknown, but the Palme d’Or awarded to his film in 1990 ranks him among the greatest filmmakers of his time. This rock’n’roll road movie features Nicolas Cage, Laura Dern and Willem Dafoe.

In 1993, the Palme d’Or was awarded for the first time to a woman: New Zealand director Jane Campion. The film tells the story of Ada, a mute woman who leaves her native Scotland for New Zealand and who expresses herself only through her piano.

In 1994, a young American director, Quentin Tarantino, burst into the Cannes Film Festival with “Pulp Fiction” and won the Palme d’Or. This delirious film consists of three time-shifted stories in which the same characters meet. Huge commercial and critical success, the film relaunched the career of John Travolta, and dedicated Uma Thurman and Bruce Willis.

Palme d’or in 2002, Roman Polanski’s film is an adaptation of the eponymous autobiographical novel by Władysław Szpilman. The action takes place in Warsaw during World War II. The film won multiple awards, including the Best Actor award for Adrien Brody at the Césars and the Oscars.

Directed by Gus Van Sant, “Elephant” won the Palme d’or and the prize for directing in 2003. It is based on a news item that shook America in 1999: the Columbine high school massacre.

2013: “The Life of Adele” by Abdellatif Kechiche

Directed by Abdellatif Kechiche in 2013, the film is based on the graphic novel “Blue is a hot color” by Julie Maroh. It tells the uninhibited love-passion story of two young girls. In Cannes, the reception from the press was almost unanimous and the award was exceptionally awarded to the director as well as to his two main actresses Léa Seydoux and Adèle Exarchopoulos.

In 2018, the Korean Bong Joon-ho stages a political and social fable which tells how the members of a poor family impose themselves in the life of a bourgeois household until a fatal confrontation.

Cannes: these essential films that won the Palme d’Or