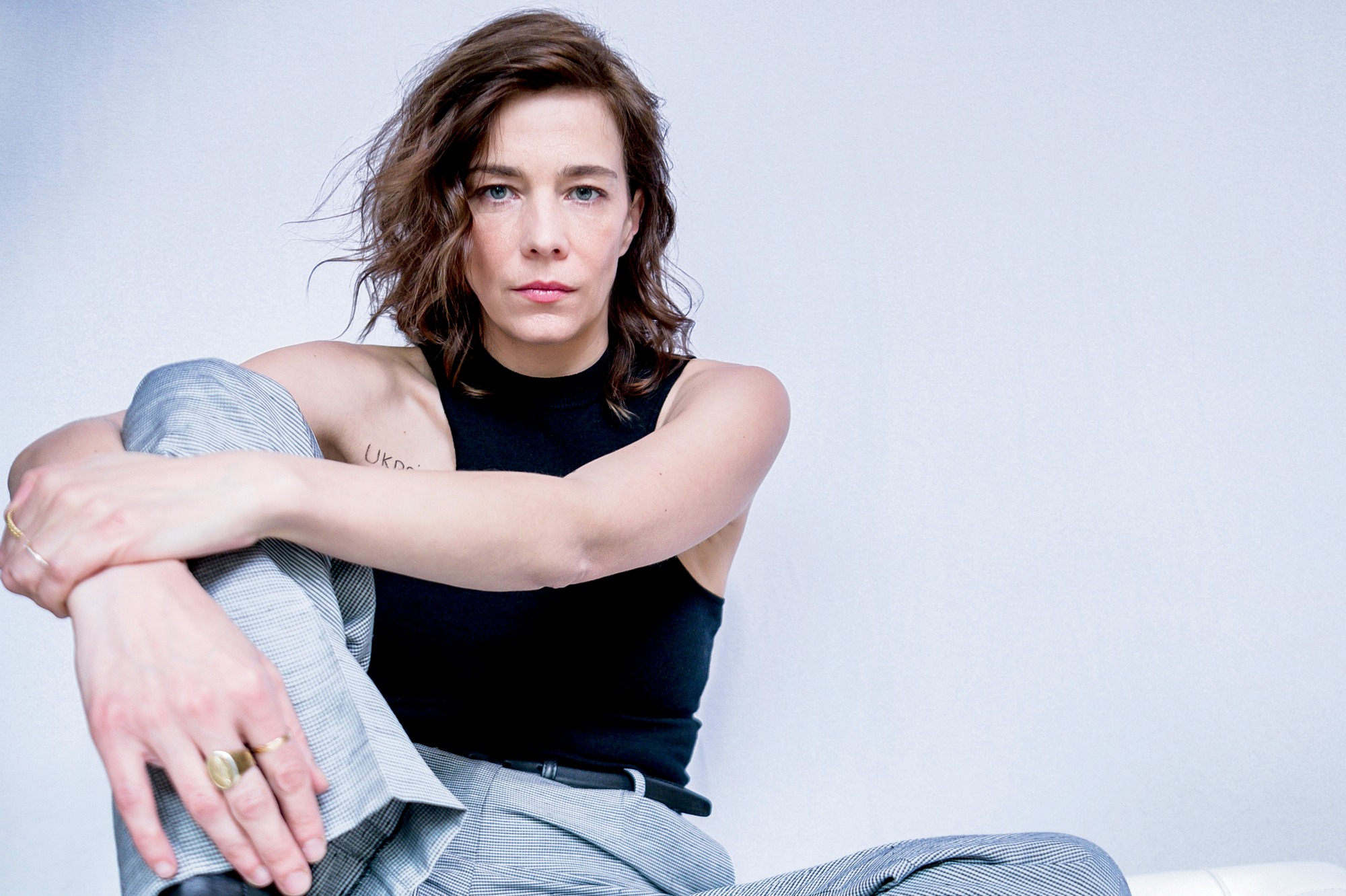 Céline Sallette is the heroine of “Infiniti”, the Canal+ series that combines thriller and science fiction. A bold new choice for a fearless actress. Interview.

Paris Match. It was hard to imagine such a coincidence between the Canal+ fiction in which you play and reality, wasn’t it?
Celine Sallette. It’s incredible ! But yes, it’s a fact: the term “synchronicity” alone sums up the series. And then there is this incredible mix of work and ambition, this extraordinary challenge which could never have been achieved without the help of the Ukrainian and Kazakh teams with whom we worked on site for three and a half months. Stuntmen, actors, technicians carried the project at arm’s length.

Have you stayed in contact with them?
Sure ! We talk to each other regularly. The latest news I have is pretty crazy. They say they are “working on their victory”, they remain super strong. It sticks goosebumps. I have a connection with all the Ukrainians who are there, who are fighting. (…)

Poutine, Zemmour symbolize for me the last gasps of a culture of domination…

We have just spent two years in isolation. Paradoxically, during this period, many locks jumped. We see it with the work of Julia Ducournau or your friend Audrey Diwan, respectively Palme d’Or at Cannes and Golden Lion at Venice last year: there was a real revolution in women’s speech, right?
Totally! They unlocked the cinema. Before them, Céline Sciamma or Mati Diop had paved the way… France can still count on its female directors! Liberations are collective works, but for them to exist, individuals must reveal them. Adèle Haenel, with the intransigence that characterizes her, produced this revolution. She broke down walls: the power of her words still has repercussions today. Even if the shock wave of #MeToo was less strong in Europe than in the United States, this echo chamber still exists. Including in unexpected places. (…)

You are part of the 50/50 Collective, which fights for gender equality. Do you believe in the explosion of shackles?
I think we are living in a very exciting time. Some changes are acquired, gender boundaries – men, women… – are destroyed. We know that we are all linked: tools, technology remind us of this every day. And, at the same time, Manichean reflexes die hard, certain archaisms are still not outdated. Putin, Zemmour symbolize for me the last gasps of a culture of domination… All these demonstrations of force, these appalling misogynistic speeches, are the expression of terrors: those of men who brandish their ultimate banners, who strike a final fist on the table when in fact, there is no longer anyone at this table… The house is empty, the women have left! Movement is inevitable. Even if, paradoxically, the manipulation of the true and the temptation of the false have never been greater. The truth emerges thanks to the multitude of small insights that we are watered on social networks. This is what fascinates me today: we can no longer close our eyes…