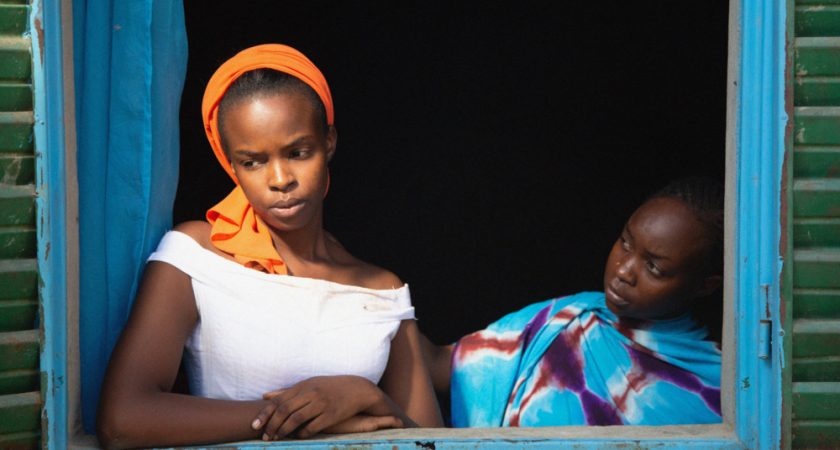 Unite so as not to sink: with Lingui, the sacred bonds, the Chadian director Mahamat-Saleh Haroun confronts the themes of abortion and excision, and portrays women surviving in an ultra-conservative society.

The new film by Chadian filmmaker Mahamat-Saleh Haroun, released in theaters on Wednesday, was noticed in competition at the last Cannes festival in July. Lingui, the sacred links was filmed in the suburbs of N’Djamena, capital of Chad.

For the first time, the director devotes a film to female characters by telling the story of Amina (Achouackh Abakar Souleymane), a single mother, who discovers that her 15-year-old daughter, Maria (Rihane Khalil Alio), is pregnant.

A pregnancy, the result of rape, which the teenager does not want, in a country where abortion is condemned by religion, but also by law. The film paints a strong portrait of women trying to survive in a hostile environment where patriarchy and religion poison women’s lives.

The only glimmer of hope, the “lingui”, the link they will weave to try to get out of it. Amina will choose to support her daughter in her quest for an abortion, going against her faith.

For the director, who received the jury prize at Cannes in 2010 for A screaming man – which takes place during the civil war in Chad – the film does not only deal with the question of abortion, but with the “everyday life of women” in her country of birth.

“It’s a film about everyday heroines (…) They are the ones who carry the world that keeps them in a form of domination. To talk about women is necessarily to talk about all these problems”, he explained after the presentation of his film on the Croisette, where he was, within the competition, the only representative of sub-Saharan Africa.

If the film did not win a prize, it was applauded for long minutes after the screening. The director could not hide his emotion: “I remember the first time I arrived in Cannes. I was in the back row up there, and I thought it would be nice if I was down there, anyway. And every time I find myself here, I say to myself naively: “If I like to believe in this idea, that there is a young person or a young person sitting in the last row who thinks that one day he will come down here” , and that galvanizes me,” he told the audience.

“Get to the point”

Stripped down, the staging imagined by Mahamat-Saleh Haroun seduces with its simplicity and lyricism. “I grew up in the counting, for me it is important to go to the essential”, he had justified. The benevolent gaze of the director is perceptible at all times on these characters in search of emancipation, at a time when cinema is questioning the “male gaze”, the male gaze in films.

“As a man, I am part of the patriarchy, but we always manage as individuals in conscience to get rid of all that we have had in heritage. You have to believe in this possibility that man can change”, assures the Chadian filmmaker.

Aware of being one of the voices of sub-Saharan Africa, Mahamat-Saleh Haroun, who lives between Chad and France, does not want to be reduced to the status of spokesperson. “We are trying modestly to move things forward. By filming in the Sahel, I am also aware that it is a place where I can produce positive images in a place where life is a permanent nightmare”, underlined the one who was for a time, in Chad, Minister of Culture and Tourism.

Largely under-represented in world film production, the African continent has won only one Palme d’Or in the history of the Cannes festival, with Chronicle of the Ember Years (1975), by the Algerian Mohammed Lakhdar-Hamina.

By filming in the Sahel, I am aware that it is a place where I can produce positive images in a place where life is a permanent nightmare.

Chad and its “everyday heroines” in Lingui