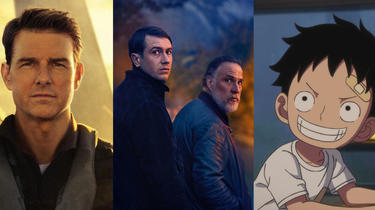 More than a year after the Covid-19 pandemic, cinemas have not been restocked. To cope with this overall drop in attendance, operators are adapting to “attract again” spectators in theaters, by focusing in particular on events.

“How to attract spectators to the cinema again?” This is the question facing exhibitors since the reopening of cinemas, following the Covid-19 pandemic. If the health situation has calmed down, cinemas still show a drop in attendance of around 30% compared to pre-epidemic years, according to the National Center for Cinematography (CNC).

Because if the biggest followers have not left the ship, the multiplication of streaming offers as well as the development of home cinema equipment have changed the behavior of so-called “occasional” spectators. “People realized that they could live without cinema”, regretted Amel Lacombe, director of the Eurozoom company, in our article devoted to independent distributors. On the scale of the rooms, the observation is the same.

No “return to normal” yet

“We are in a situation where the market is at half mast. It is also very vague, with an offer of films that is sometimes abundant or not always in phase with what the spectators are looking for, ”analyzes Pierre-Édouard Vasseur, artistic director at Dulac Cinémas, a company which has five Parisian cinemas (L’Arlequin, L ‘Escurial, the Reflet Medicis and the Majestic Bastille and Passy).

According to him, if cinemas have suffered from a “contextual” event, spectators “are no longer afraid to return to theaters”. The group has thus kept its editorial line, based on independent French and international cinema. “We resist much better than the large groups because we have a base of spectators, the moviegoers, who represent a base that will always come back. Our public is above all the young or the elderly who come four to five times a week”.

Pierre-Edouard Vasseur admits, however, that the films “make fewer entries”, but keep the same quality, even, have improved. “We very regularly have a film that will attract people, when the blockbusters”, popular with large groups such as Gaumont Pathé, UGC or CGR, “are very punctual releases for the majority of spectators”. Note that before the pandemic, on average, a French person went to see three films a year (200 million admissions for 67 million inhabitants). But this statistic is full of huge disparities, between those who never go and those with an unlimited subscription.

“There will still be chaotic passages”

In regions, the dynamic is not necessarily similar. “Reopening yes, it is now fully the case, but back to normal, no”, notes Jean-Marc Carpels, director of the Forum cinemas in Sarreguemines. Located in Moselle, the establishment has nine rooms and welcomed 200,000 spectators before the pandemic. “At the end of August, we will cross 100,000 and I hope to reach 150,000 for the year”. Figures confirming the trend of the CNC.

“We were considered relatively safe places, and yet we were a bit stigmatized with the prolonged closures and measures like the mandatory mask, the ban on the sale of confectionery, which was not going in the right direction” . Today, the operator speaks of “consequences of consequences” to justify this drop in attendance. “The film offer itself was very broad in the first quarter, not necessarily blockbusters, but above all films that were not always expected and not always flawless”.

Jean-Marc Carpels emphasizes that this is the event that most often attracts people. The release of “Top Gun: Maverick”, which has already generated nearly 6.5 million admissions, was thus a relief for many French cinemas. “I have registered 11,000 tickets with him alone, more than 10% of the total figure to date. Among many of my colleagues, it sometimes takes over the top of the rankings, even two and a half months after the start of its exploitation”. For the director, the time must now be for “the reconstruction with the distributors of release schedules which allow us to maintain the public in theaters each week”.

Last concern for these small rooms independent of regions, the rise in the price of energy. If they are not necessarily equipped with the latest technological tools to date (Imax, Lightvibes, 4DX), the rooms remain “energy-intensive infrastructures, with heating and lighting”. The one who was president of the Syndicate of cinema directors of Rhine and Moselle believes “that we will have to find solutions”, without trying to reason via the increase in prices, “a bad solution especially with the problem of the power of purchase”.

“It’s time to reinvent yourself”

But the theaters have no intention of letting themselves be weakened by the gradual disintegration of their clientele. Let’s go back to Dulac Cinemas, which officially announced this Thursday, September 1, “Kaleidoscope, the first cultural season of [son] story”. For one year, the five establishments affiliated with Dulac will organize more than a hundred events related to cinema, photography, art history and video games. Among other things, film clubs, carte blanche, masterclass, with many prestigious guests such as author and director François Bégaudeau, actor and journalist Kévin Elarbi and photographer Aurélie Lamachière, who will present a retrospective of his cinematographic portraits.

“It’s time to reinvent yourself, to bring spectators back to theaters by betting on events,” says Pierre-Édouard Vasseur. A trend that has already made its mark among independent distributors, with the organization of previews and meetings with filmmakers or actors, to promote their films. “As soon as there is something special, a speaker, a guest, it hits every time. We have the impression that it is more the event of the room which makes the public move and not the programming”.

Thus, in a rickety economic situation, the Dulac group is trying to rethink the activity as a whole. Even if the questions persist: “Will the start of the school year make habits come back? Maybe. Will streaming continue to eat away at market share? Surely too”. Before concluding: “The cinema must be a place of innovation, of immersion”. Statements that go in the direction of Alexis Hofmann, director of acquisitions at Bac Films, who expressed to CNEWS the wish to see cinemas transformed “into a place of life and a rich cultural place to attract spectators again”. 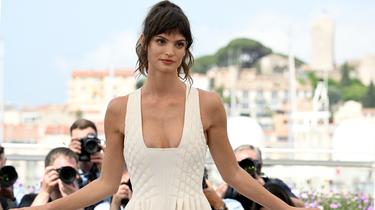 The end-of-year program will have something to attract all moviegoers. From this month of September will be released the last Palme d’Or, “Sans Filtre”, as well as “Le Visiteur du Futur”, an adaptation of the eponymous web series by François Descraques. “November”, “Le Petit Nicolas”, “Black Adam” or even “Black Panther” will complete the end-of-year calendar. And this, before the juggernaut “Avatar: The Way of Water” arrives, expected on screens on December 14.

Cinema: event screenings, new programming, how exhibitors are forced to adapt to the drop in attendance