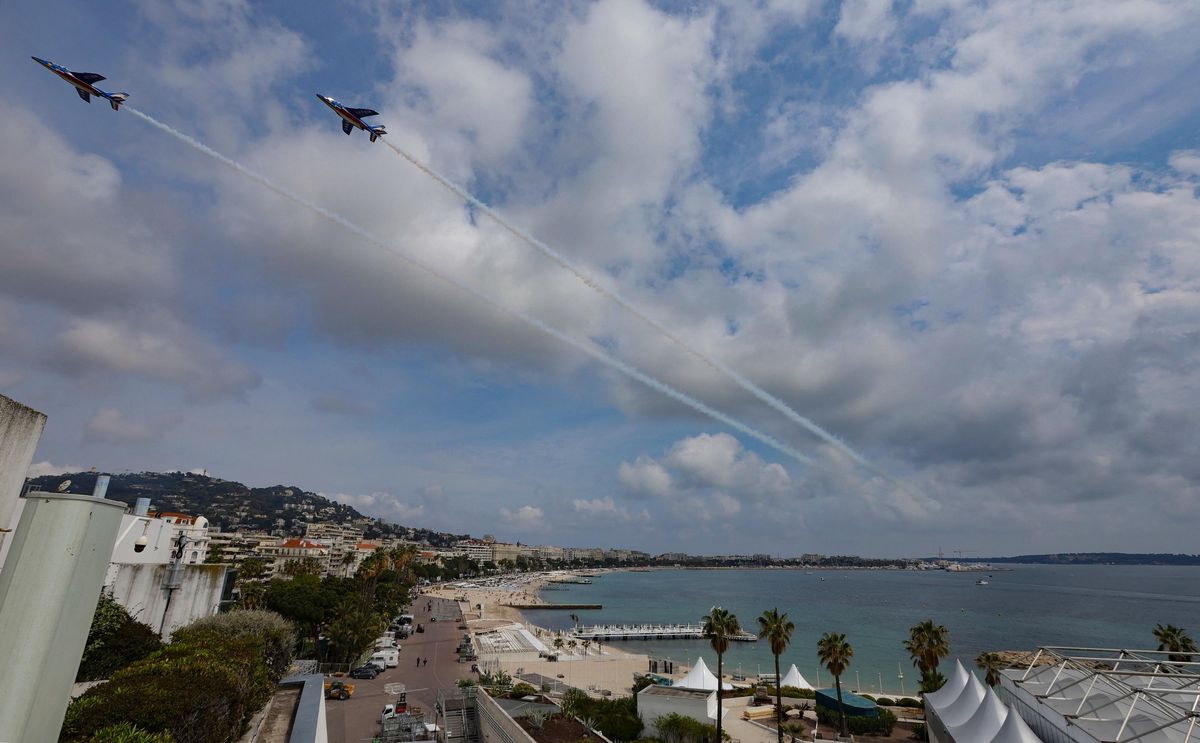 The Cannes Film Festival will be held from May 17 to 28, with 21 films in competition to win the Palme d’Or and thus succeed Julia Ducournau’s “Titanium”.

Parade of stars including Mads Mikkelsen and Tom Cruise, cult filmmakers like Cronenberg or James Gray: the Cannes Film Festival opens its 75th edition on Tuesday, where the cream of world cinema throngs, with the war in Ukraine as a backdrop. After an edition under the sun of July last yeardue to Covid, festival-goers return to the month of May, and without health restrictions for the first time since the start of the epidemic.

Tom Cruise therefore, for the new “Top Gun”, Idris Elba and Tilda Swinton at George Miller, Léa Seydoux and Viggo Mortensen at David Cronenberg, or the promising Austin Butler, who will play the “King” in a biopic of Elvis signed Baz Luhrman: The red carpet awaits its share of stars. The actor Forest Whitaker, prize for interpretation in 1988, for his incarnation of the jazzman Charlie Parker, in “Bird” by Clint Eastwood, will also be there, for an honorary Palme d’Or.

Actress Virginie Efira (present in “Revoir Paris”, out of competition, which addresses the painful memory of the attacks in the capital), will host the opening ceremony on Tuesday evening. Then place at the cinema, with “Cut!” bloody parody of zombie comedy and ode to cinema made with lots of love and bits of string, signed Michel Hazanavicius – the king of Oscar-winning pastiche for “The Artist”.

On the competition side, 21 films are in the running to succeed “Titanium”, Palme d’or gore and uncompromising from the Frenchwoman Julia Ducournau, the second crowned director in the history of Cannes. When the jury and parallel sections now tend to parity, the competition still only offers a small place to female directors: five are in the running, including Claire Denis who finds Robert Pattinson for “Stars at noon”.

Among the filmmakers expected, from 30 to 84 years old: David Cronenberg (“Crash”), who once again promises to shake the public with “The crimes of the future” or James Gray (“Ad Astra”) who will present “Armageddon Time” , in 1980s New York, on the rise of the Trump family.

Several already crowned directors are in the running: the Belgians Jean-Pierre and Luc Dardenne (“Rosetta”) with “Tori and Lokita”, the most gritty of Swedish filmmakers, Ruben Östlund (“The Square”), with “Triangle of Sadness” , the Japanese Hirokazu Kore-eda (“A Family Affair”), who this time filmed “Broker” with the South Korean star of “Parasite” Song Kang-ho, and the Romanian Cristian Mungiu (“4 months, 3 weeks, 2 days”), with his latest film, “RMN”.

Beyond the competition, still not open to platforms, fans and film buffs alike should enjoy dozens of highly anticipated works: a new film by George Miller, very far a priori from his “Mad Max” (“Three thousand years wait for you” with Idris Elba and Tilda Swinton), return of Marco Bellocchio on the years of lead in Italy, the Spanish ace of thriller Rodrigo Sorogoyen or the passages to the realization of Lee Jung-jae, star of “Squid Game” and Jesse Eisenberg (“The social network”). On the French side, Léa Seydoux, Louis Garrel or Sandrine Kiberlain will climb the steps several times.

This whole program will have the war in Ukraine as a backdrop, inevitably “in everyone’s mind”, underlined the general delegate Thierry Frémaux. Two generations of Ukrainian filmmakers will be present, with the regular Sergei Loznitsa for “The Natural History of Destruction”, on the destruction of German cities by the Allies during the Second World War, but also the young Maksim Nakonechnyi for “Bachennya Metelyka” ( In some perspective).

Cannes should welcome for the first time on its steps Kirill Serebrennikov, who has become a symbol of Russian artists breaking with the regime since he was able to join Europe legally after the outbreak of the war. The director had not been able to leave his country for his previous films in competition, “Leto” and “Petrov fever”, but is now free to come and defend “Tchaikovsky’s wife”, the first film screened in competition.

Sign that everything is not yet back to normal on the cinema planet, it was only three weeks before its opening that the Festival finally succeeded in constituting the jury, chaired by the French actor Vincent Lindon, prize of interpretation in 2015 and actor in “Titanium”. He takes over from American director Spike Lee. At his side, the Anglo-American actress and director Rebecca Hall (“Vicky Cristina Barcelona”), the Swedish Noomi Rapace, (“Millenium”) or the directors Asghar Farhadi, Ladj Ly (“Les miserables”, jury prize 2019) and Joachim Trier (“Julie in 12 chapters”, prize for female interpretation in 2021). The title of the closing film is not yet known.