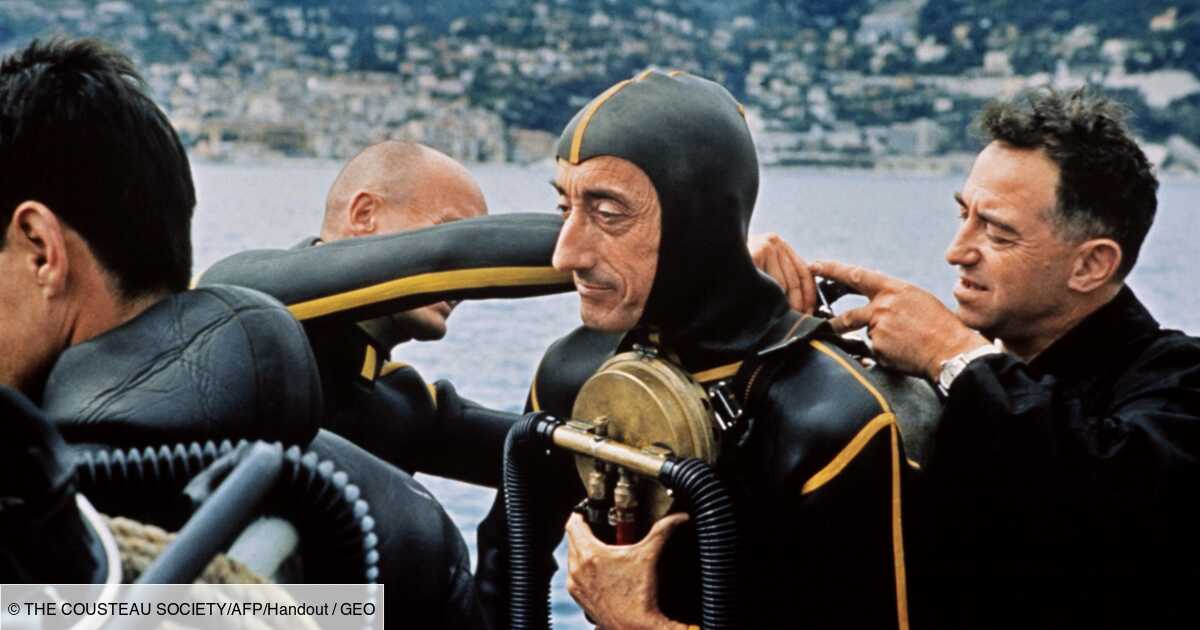 “I grew up with Cousteau, watching his shows (…) And revisiting this hero of my childhood, I had the feeling that I was unaware of a lot of aspects of his life”, declares Liz Garbus, director of the feature film which will be released in cinemas in the United States on Friday and next month in France.

To retrace the extraordinary journey of Jacques-Yves Cousteau (1910-1997), she had access to hundreds of hours of archives from the Cousteau Society. She chose to focus on these images, often unpublished, without shooting new shots herself.

“Cousteau was a filmmaker and his images were so revolutionary that I wanted today’s viewer to be immersed in them,” Liz Garbus, selected twice for the Oscars, told AFP.

First surprise in this documentary, the legend of underwater exploration was initially intended for aviation. At 26, he had just entered naval aviation as a student pilot when a very serious car accident left him with a broken body.

During his convalescence in Toulon, he was advised to re-educate himself through spearfishing, a discovery that would change his life forever.

“As soon as I put my head under the water I understood; I was shocked: an immense and completely virgin domain to explore”, says Cousteau.

His passion is so consuming that he becomes “inventor by necessity”. Inspired in particular by “somewhat crazy” sketches by Leonardo da Vinci, he borrowed a regulator intended for car engines to design with engineer Emile Gagnan the autonomous diving suit used today by all divers.

“I didn’t want any tips, I wanted to be completely independent,” he says.

After the war, he mounted the first expedition aboard the famous “Calypso”, a converted minesweeper which set sail for the Red Sea in 1951. Cousteau was going to film everything thanks to his diving suit and the waterproof cases for camera that he was using. he also developed.

Like his contemporaries, the explorer Cousteau did not manifest any real ecological awareness, wielding explosives to bring fish to the surface.

To finance the “Calypso”, he even embarked on oil prospecting, discovering oil from Abu Dhabi in the process. “I think I was naive (…) but I didn’t have a penny!”, He will plead after his conversion to environmental protection, a vocation that will come to him much later.

In the 1950s, Cousteau wanted to make cinema, his passion since adolescence, to show the grandiose spectacle discovered during his dives. He offers Columbia studios “a purely bogus scenario, just to have the money” and signs a masterpiece that will make a lasting impression. “Le Monde du silence” won the Palme d’Or at Cannes in 1956 and the Oscar for best documentary the following year.

However, he is furious to see his films qualified as “documentaries”, considering that they are “real adventure films”, smiles Liz Garbus.

Ten years later, he left filmmaking for television with a Hollywood-funded series of documentaries on underwater life, the first of its kind. “An aesthetic sacrifice”, the price to pay for “quickly reaching millions of people”.

Because Cousteau is now well aware of the urgency to mobilize the general public to preserve the oceans and the environment.

His films are more pessimistic, they “are no longer about pretty little fish but about the future of humanity,” he says. Thus was born Cousteau the ecologist who, in 1971, alerted American parliamentarians to “the sea in distress”.

He will fight for the environment until the end and, thanks to his immense popularity, will wrest the sanctuary of Antarctica. In 1989, he was already invoking climate risk at a time when global warming was not taken seriously.

Proof of his influence, at the Earth Summit in Rio in 1992, Cousteau is the only person in the official photo who is not a head of state.

“Cousteau has succeeded in transforming the love and respect he had accumulated over decades into a crucial message, and no one has such power today,” said Liz Garbus.

The splendid underwater photos rewarded by the Ocean Photography Awards 2021

The wisdom of the octopus: 5 things to know about the Oscar-winning documentary

From 1872 to today, history of the exploration of the Abyss

Cousteau: a documentary to dive into the life of the legendary commander in the red cap