It turns in Saint-Pierre and Miquelon 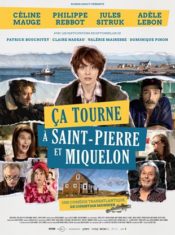 Synopsis : Céline, a renowned actress, is hired by a famous director, Milan Zodowski, to shoot in Saint-Pierre et Miquelon in a film she knows almost nothing about. When she arrives on site, there is only one sound engineer and one stage manager for any team and Milan stubbornly refuses to leave the shed where he has locked himself up to “create”. The great “liar on stage”, follower of cinema truth, will he shoot Céline or did he bring her to the archipelago for something else entirely? 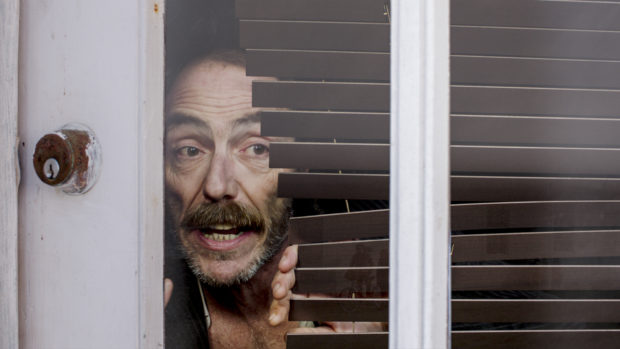 Does it spin or doesn’t it spin?

A film on the set of a film, the exercise is not new but it is most often very interesting. It is even when this announced shooting does not happen due to the very particular behavior of the director. Indeed, if the actress Céline Mauge was over the moon when the director Milan Zodowski revealed to her that he had chosen her to play the main role of a film whose shooting was going to take place in Saint Pierre and Miquelon, she is much less so when she arrives on the spot. Indeed, Zodowski, Palme d’or at Cannes for his film “people who live are not sad”, had told him “departure in a week, I am leaving tonight”. Admittedly, she was a little disconcerted by the absence of a script, claimed by the director, a follower of cinema truth, but from there to find herself on the other side of the‘Atlanticto Saint Pierre and Miquelon, in front of the film manager and the sound engineer who tell him that Zodowski is locked in a shed from which he has not come out for 3 days, from there to being unable to get him out of this “hiding place” , there is, as it were, an… ocean! Did Zodowski have an idea in mind when he brought Céline Mauge to Saint Pierre and Miquelon ?

When, among the actors and actresses who have played in It turns in Saint-Pierre and Miquelon, we see the names of Valery Mairesseof Patrick Bouchitey and of Claire Nadeau, we begin to have an idea as to the tone adopted by the film! Yes, this film is a comedy, but it is neither a greasy and clumsy comedy nor a vulgar comedy. Like Christian Monnier says so himself, he and Sheila O’Connor, its co-screenwriter, wanted a sparkling and benevolent story, a little crazy and full of energy. It is also not excluded that the “a little wacky” poses some problems for a certain number of spectators: there are many moments in the film which must be taken in the second degree and one can fear that, the wackiness being light, many spectators take them at face value. But it’s not that bad after all! 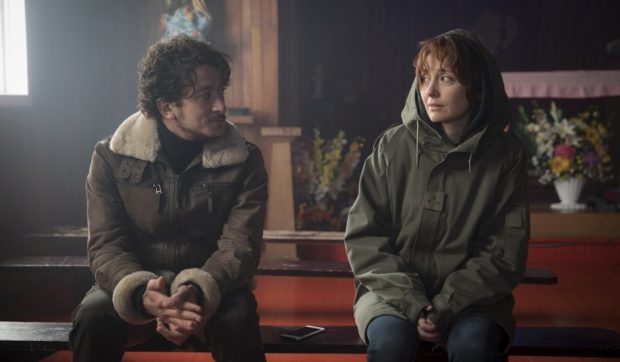 In fact, in this film, we kindly make fun of a certain cinema, of certain directors. I don’t know about you, but Milan Zodowski, the name of the director of the film to be shot to Saint Pierre and Miquelonthis irresistibly brings to mind Andrzej Zulawski. We also make fun, just as kindly, of the paparazzi as well as what the actors and actresses have to say when, during an interview, they have to lie to make people believe that everything is fine. On the other hand, one can wonder about the usefulness of the beginning of the film, with Claire Nadeau as a fortune-teller, and regret that the film gives the impression of going around in circles for about twenty minutes around half an hour.

But these are only minor negatives next to all the other positives that can be found in the film. The choice to turn Saint Pierre and Miquelonfor example, this “little piece of France in America which we talk about so little, despite the beauty of the landscapes and the richness of its fauna and flora. The choice of performers too, with, in particular, the first big role in the cinema of the actress-singer Celine Maugealso the French voice of Meredith Gray in Grey’s Anatomy. And it’s not every day that an actress has fun playing her own role as an actress coming to shoot a film in Saint Pierre and Miquelon ! At his side, we discover Adele Lebonthe stage manager’s interpreter, the stage local, a singer and radio and television presenter in Saint Pierre and Miquelon, well known on the archipelago and who takes her first steps here in front of a camera. We know better Jules SitrukSimon in Mr. Batignole of Gerard Jugnot and who plays here Keanu, the green sound engineer. As for Philippe Rebbotin the role of a somewhat disturbed director, we strongly believe in it.