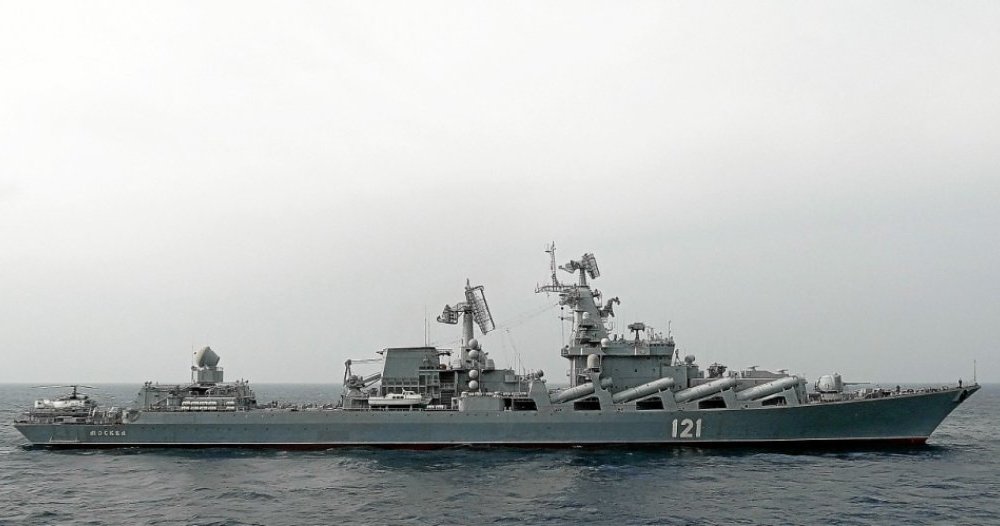 
Ukraine: the flagship of the Russian fleet in the Black Sea “severely damaged”

The cruiser Moskva, flagship of the Black Sea Fleet, was “severely damaged” by an explosion of munitions according to Moscow, and by missile strikes according to Ukrainian officials. As the Russian military is poised to take control of the strategic port of Mariupol on the Sea of ​​Azov and expand its offensive into southern and eastern Ukraine, the guided-missile cruiser Moskva was “severely damaged”, according to the Russian Defense Ministry, quoted by state agencies Ria Novosti and Tass. “Due to a fire, ammunition exploded on board”, and the crew was fully evacuated, the ministry said, adding that an investigation was underway to determine the origin of this fire. Ukrainian authorities claimed that the Moskva had been hit by missiles. [Plus d’infos]

A trip dedicated to ecology for Emmanuel Macron, the first big meeting of the between-two-rounds in the south for Marine Le Pen: the two presidential finalists go back to the front on Thursday in a campaign waged at full speed before the second turn of April 24. The two candidates are mobilizing their troops but also and above all trying to convince the undecided and the 12.8 million people who abstained on Sunday. If the polls give Emmanuel Macron the winner for the moment (53 to 55%), the return match promises to be much tighter than in 2017. Purchasing power, pension reform, diplomacy and European construction: the outgoing president and the far-right candidate has been multiplying fronts since Monday, defending radically different projects by immediately responding to attacks from the camp opposite. [La présidentielle]

Cannes: films by Cronenberg, Gray and the Dardenne brothers in competition

The latest films by David Cronenberg, James Gray, the Dardenne brothers and even Ruben Östlund will be in the running for the Palme d’Or in May, the general delegate of the Cannes Film Festival, Thierry Frémaux announced on Thursday during the press conference. . A total of 18 films have been announced for the most prestigious film competition in the world, including three from female directors: the French Claire Denis and Valeria Bruni Tedeschi, and the American Kelly Reichardt. [Plus d’infos]

Valneva’s covid-19 vaccine has been approved by the UK regulator, the MHRA, in reassuring news for the Nantes-based laboratory after the termination of its contract with the UK government. “The covid-19 vaccine developed by Valneva today received regulatory approval from the Medicines and Healthcare products Regulatory Agency (MHRA),” the agency said in a statement on Thursday saying that the British regulator is the first in the world to approve it. Valneva had already received authorization for the emergency use of VLA2001 in the Kingdom of Bahrain, which purchased one million doses from it. It is the sixth coronavirus vaccine to be authorized in the UK, joining those from AstraZeneca, Pfizer, Moderna, the single-dose Janssen (Johnson & Johnson), and Novavax. [Plus d’infos]

National tribute to Michel Bouquet on April 27 at the Invalides

A national tribute will be paid to actor Michel Bouquet on April 27 at the Invalides, “in accordance with the wishes of the family”, the Élysée announced on Thursday. Emmanuel Macron, who will still be in office whether or not he is re-elected on April 24, will preside over the ceremony, in honor of the actor who died on Wednesday at the age of 96, and hailed by the Head of State as a “monster sacred” and an “unforgettable, irreplaceable master for generations of actors”. “For seven decades, Michel Bouquet brought theater and cinema to the highest degree of incandescence and truth, showing man in all his contradictions, with an intensity that burned the boards and burst the screen,” added President Emmanuel Macron on Twitter. [Plus d’infos]