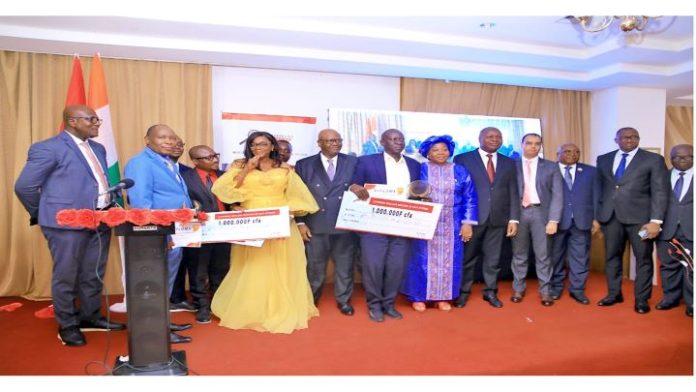 It was during a dinner at the Hôtel des Parlementaires that the Media Observers, an organization headed by Éric Gorē, decided to celebrate these patrons, public figures, personalities from the private sector, organizations of society civil, religious, etc. who play a vital role in the influence of our society. Out of a sample of 200 Ivorians who positively impact people’s lives, 20 chose, some of whom received special prizes.

Read also : More than 300 BNETD officers decorated for their dedication to service

For the president of this organization, Côte d’Ivoire is full of personalities who, through their actions, contribute to the improvement of the living conditions of the populations and above all who bring them smiles and well-being. And the choice of the winners was made “following a rigorous selection”. “These results were taken in complete independence, without any pressure, and in complete sovereignty. “, he said, arguing that these people who have been awarded “have all deserved it”.

With the country of honour, the Kingdom of Morocco, there were several category prizes and special prizes during this second edition. The palme d’or for the best local elected official goes to Zon Camara. Convolbo Moïse receives the prize for artificial intelligence and new technologies, Antoine Gnizako receives the special prize for good governance. Charles Blé Goudé, back in Côte d’Ivoire the same day, received the prize for best Ivorian abroad.

Edwige Diety, the best woman in social action and development. The best young MP category goes to Jacob Assougba, MP for Bongouanou. The best minister governor of the year 2022 is awarded to Philippe Légré. The best minister award returns to the Minister of Public Service Anne Désirée Ouloto.

At the level of the special prizes, the Minister of State Albert Mabri Toikeusse (best politician in Côte d’Ivoire), who gave a special cachet to the ceremony with his presence. Namizata Sangaré (champion of human rights in 2022) and diplomat Alcide Djédjé (special prize for diplomacy 2022), winners of the special prizes.

The innovations of this edition

The spotlight was given to two trades that participate in the evolution of the audiovisual industry (cameramen and editors). These competitions are endowed with the prize of the late MDL Chef Patrick Arthur Koléa, passionate about computers and the press. They were 8 editors from different channels to be in the running. Maxwell Lozo from Rti1 received the award. Regarding the cameraman award, Ambroise Asseman of RTI1 was awarded best cameraman.

It should be noted that the distinction of the Ivorian New is an initiative of the journalist of the Ivorian radio and television Éric Goré, through his organization “The Observers of the media” aiming to encourage personalities who contribute to the improvement of the living conditions of the populations. and above all who brings them smiles and well-being.

Distinction: here is the first microfinance of the year

Ludivine Sagnier: "I manage to be free in my abandonment"
Jean-Luc Godard, the man-cinema
Netflix tries a new formula for its festival
Tweet
Share
Share
Pin
Other links: https://awardworld.net/resources/