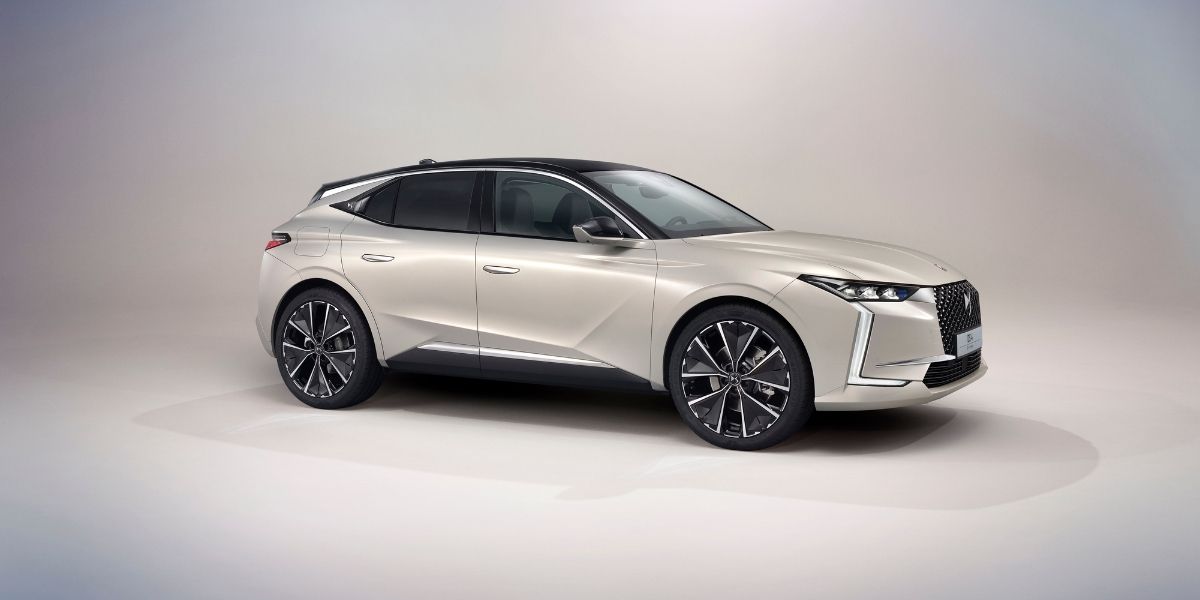 The high-end French compact won the supreme award at the 37th edition of the International Automobile Festival. A well-deserved distinction given the beautiful pencil stroke displayed by the DS 4, the fruit of the creative genius of the teams at DS Design Studio Paris.

Every beginning of the year, it’s boiling in the aisles of the Hôtel des Invalides (Paris). And for good reason, this famous Parisian monument is the scene of a major event: the International Automobile Festival. An event strictly dedicated to automotive design and having as its highlight: the exhibition of new production cars as well as concept cars, but also and above all the election of the “Most beautiful car of the year”. A reward very popular with car manufacturers, while for visitors it is a great opportunity to approach cars that are generally inaccessible.

design for credo
In fact, this election, which has as sole criterion “the design and the emotion released by the beauty of the automobile” (according to its organizers), grants awards in several categories, in addition to the grand prize. The latter, which, it will be recalled, rewards the most beautiful design of a mass-produced car (at a price starting below 60,000 euros), saw its verdict fall in the middle of the week: the “Most beautiful car in the world”. ‘year 2022’ is the DS 4. The all-new compact from the only French premium brand won against three other finalists, namely the BMW i4, the Citroën C5X and the Peugeot 308. If, traditionally, the organizers appealed to the votes of the public, it was different this year. Due to the pandemic context, the International Automobile Festival called on a jury made up of experts, including racing drivers, big names in design and a few business leaders. In addition to Jean-Michel Wilmotte (president of the jury, architect), let us mention in particular Anne Asencio (vice-president of the jury, vice-president of Design Experience Dassault Systems), Paul Belmondo (ex-racing driver, TV consultant), Patrick Pruniaux (president of Girard-Perregaux) or Ari Vatanen (ex-rally driver and former MEP).

DS 4, great teamwork
Attractive from every angle and racy to perfection, this new generation of the DS compact is the result of teamwork within the DS Design Studio Paris, the brand’s main style centre. We owe its exterior lines, its interior furnishings and the choice of materials to a team of around 10 people, working under the leadership of Thierry Metroz, design director of DS. The latter, paying tribute to their work, declared: “This Most Beautiful Car of the Year award is a reward for the women and men who have shaped DS 4, well beyond the teams at DS Design Studio Paris. Even before drawing the first pencil stroke, we worked for two years with our engineers to shape the technical platform. When we launched the creative process, we had exceptional leeway to deploy a new concept. Inspired by the DS Aero Sport Lounge concept, the silhouette of DS 4 is unique in the segment with never before seen proportions. The line is athletic, very muscular, compact and placed on very large wheels. It is both aerodynamic, efficient and charismatic”.

Other award-winning automotive and artistic projects
Undoubtedly, this compact will make a lot of noise when it lands in Morocco, as told us by the director of the DS brand at Sopriam, Nawal Afiq, whom we arrested for the occasion. In the meantime, the International Automobile Festival remains a nice receptacle for trophies for a series of players in the global automotive sector. Among this year’s winners are the Renault 5 Prototype which won the prize for “Most Beautiful Concept Car of the Year”, the Ferrari Daytona SP3 which was voted “Most Beautiful Supercar”, while the Peugeot 9X8 received that of “Most Beautiful Hypercar”. In the rest of the awards, we also note the awarding to the new Range Rover of the “Special Jury Prize”, that of “Grand Prix for the most beautiful poster” (advertising) to the BMW 4 Series convertible, that of “Grand Prix of the Design” to designer Flavio Manzoni, or even that of the “Palme d’or”, awarded to pilot emeritus Sébastien Ogier.

SUPPORT LesEco.ma IN ITS INFORMATION MISSION

In this difficult time, LesEco.ma needs your support. Your loyalty and commitment are decisive for the sustainability and development of our website. IF YOU WISH TO SUPPORT OUR MISSION, DONATE FOR FREE BY WATCHING AN AD