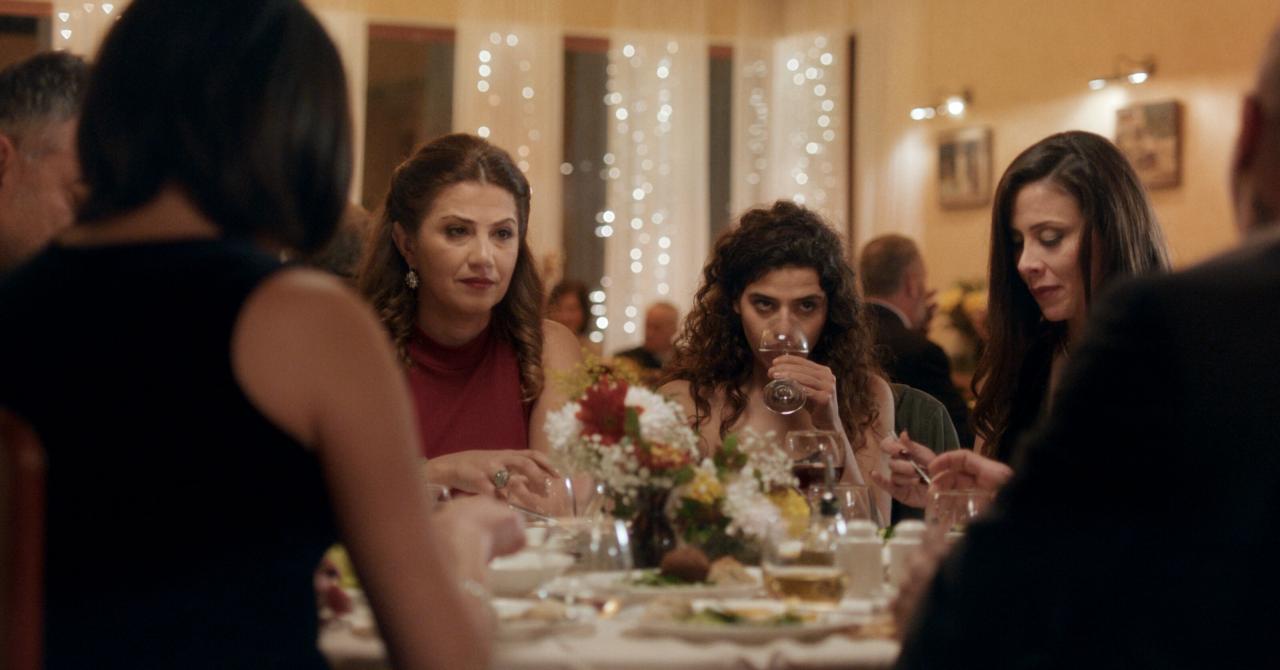 With his first feature, the Lebanese filmmaker signs a bewitching portrait of Beirut, through the eyes of a returning expatriate camped by the intense Manal Issa. Meet.

How was born In front of the sea ?

Ely Dagher: After directing the animated short Waves’98 (Palme d’Or du court at Cannes 2015), where we followed a man in the streets of Beirut, I thought I had said everything I had to say about my hometown that I had a time left for my studies before returning to live there. And then in the process, the garbage crisis broke out, a series of demonstrations after the closure of the largest landfill in Lebanon. This event caused a new series of departures. So, I wanted to immerse myself in the relationship of its inhabitants to this city but focusing on the return to Lebanon of expatriates.

You do this through Jana, a young woman who leaves Paris where she had settled to come and settle back with her parents. What was this character going to allow you to process that you hadn’t addressed in Waves 98 ?

Leaving the field of animation, I wanted a film on the feelings of Beirut that would pass through this central character. By throwing myself into writing, I therefore saw more In front of the sea like a film about Jana than like a film about Beirut, even if over time everything rebalanced and ended up being one

Very early and very late at the same time! (laughs) I met Manal in 2016 when I had just finished the first draft of the screenplay. I had discovered it and found it absolutely magnificent in Afraid of nothing by Danielle Arbid. And I wanted to send him a note to tell him. But it turns out that she saw Waves’98 at this moment. Our reciprocal messages then crossed. We saw each other for the first time in Beirut over coffee. We discussed everything and nothing. But I didn’t at all have in mind the idea of ​​offering her the role of Jana because I found her too young for the character at that time. To portray my heroine, I wanted someone who had the necessary experience to spontaneously understand her journey and the discomfort she may feel. From that day on, we saw each other often, but I never wrote the following versions of Face à la mer with her in mind and I never promised her that she would play the role. Manal only read the script 6 months before shooting. And that’s when we decided she was going to be Jana. And inevitably all the personal, human, political dimension of our relationship over time has nourished his work to compose it. Especially in the unsaid and the silences

FACING THE SEA: A BEAUTIFUL PORTRAIT OF BEIRUT [CRITIQUE]

How did you work to create on screen this Beirut as his character experiences it?

I obviously feed on my knowledge of this city, especially since the apartment of Manal’s family is that of my parents! But I also relied on my own background. I too left Beirut and came back so I felt what Jana feels. This feeling of suddenly feeling like a stranger in one’s own city, especially when it is changing at speed and in depth due to anarchic real estate speculation. It is this feeling of aggression that this can provoke that I wanted to show, not an objective description of the streets of Beirut. In front of the sea is a pure feeling film. And all of that is very much in line with the writing, thanks to my experience in animation. I build a very precise storyboard very early on. And it serves as my framework from which I never deviate. That’s why I hardly cover myself on the set, chaining shots from different angles. This limits the options to editing but I don’t feel the need for it.

Ely Dagher: “Facing the sea is based on my own journey”