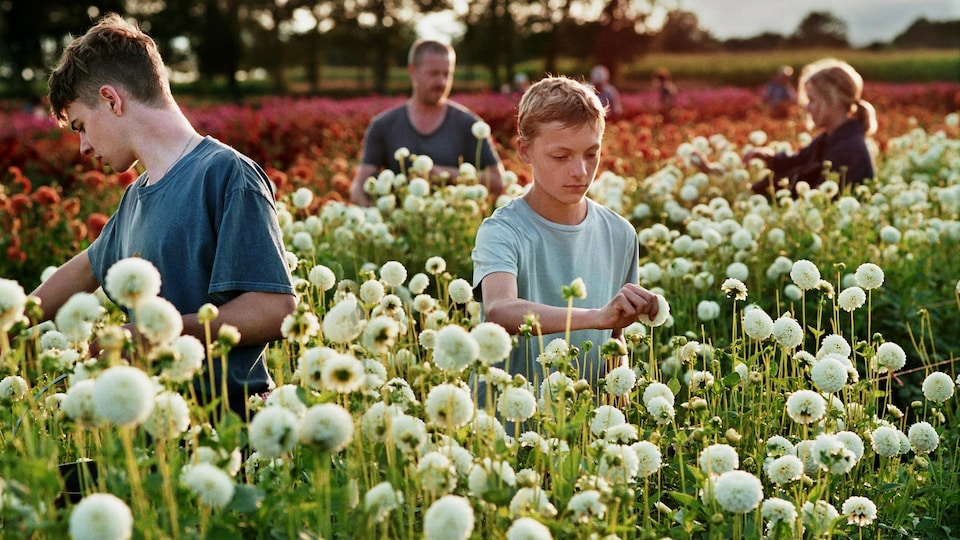 With its selection of 177 films, the WIFF s’annonce is both rich and diversified with a program that leaves an important place to foreign films, documentaries and French-speaking films. Canadian cinema is also on the agenda, especially local productions.

Here is a selection of films not to be missed during the festival which runs from October 27 to November 6.

The film “Close” by Lukas Dhont

The enigmatic Closea French-language film bearing the same title in both its original version and its English version, is one of the must-see films according to the general manager and head of programming of the WIFF, Vincent Georgia. He was the winner of the Grand Jury Prize at Cannes last May.

The trailer for the film reveals little, but the film tells the story of a friendship between two young boys who are said to be inseparable. A relationship perhaps well beyond the traditional friendship which could be violently broken by the external judgment of others and which will not leave one of the two protagonists unscathed. Close is the film selected by Belgium for the Oscars for the category of the best foreign language film in the country.

Did you like the story of Empress Sissi? Here is a version less rose water, but oh so interesting. The film offers a feminist reading of the life of Empress Elisabeth of Austria, ready to do anything to maintain her public image. In 1877, the empress, who celebrated her 40th birthday, was considered an aging woman. Reduced to ceremonial appearances, she undertakes a trip from England to Bavaria, during which she entices former lovers.

Corsage is a German-language film, nominated by Austria for the Oscars in the category of best foreign language film. The film is one of 39 films presented at the WIFF before their theatrical release. This is one of the 10 essentials suggested by Vincent Georgie.

Another film from the official competition of Cannes, but also from the Toronto International Film Festival, holy spider is also on the list of essentials suggested by Vincent Georgie, but also by our journalist colleague Myriam Eddahia, who was able to see the film during her visit to TIFF.

The film, a Persian-language crime thriller, is based on true facts about an Iranian serial killer named Saeed Hanaei and is set in the city of Mashhad, Iran. A film that we can’t wait to see despite the density of the themes raised in it, notably addressing the relationship with religion and the place of women in Iranian society.

The actress who portrays the journalist on the hunt for the suspect, Zar Amir Ebrahimi, has an interesting career path due to the quality of the film productions in which she has played so far. She received the prize for best actress at the last Cannes Film Festival.

The manor Willistead from Walkerville

The Willistead Mansion in Windsor

Selected by a committee of industry professionals for its quality and originality, the documentary Walkerville’s Willistead Manor : A Home That Shaped a Communityportrays a unique place in the city of Windsor.

Designed by the American architect Albert Kahn and built at the beginning of the 20th century, the mansion is part of the essential heritage of the Walkerville district. The documentary returns to the design of this monumental residence, at the forefront of technology and architecture of its time. It talks about the Walker family, founders of the distillery of the same name, without whom Windsor would never have become what it has become. The documentary also raises the question of the preservation of the architectural heritage in a community like Windsor.

In “Without Filter,” Yaya and Carl, who are a model and model respectively, are offered a luxury cruise.

Experiencing the life of the ultra-rich and famous on a luxury South Seas cruise has always intrigued you? What will happen then in a satirical version magnified by a tragi-comic magnifying glass? This is the proposal of the film Ttriangle of Sadnesstranslated Without filter in its French version. If there’s one film to see at the festival, it might be this one.says Vincent Georgie.

The film does not seem to leave its many spectators indifferent since its revelation at the last Cannes festival last May. With this film, the Swedish director Ruben Ostlund won his second Palme d’Or.