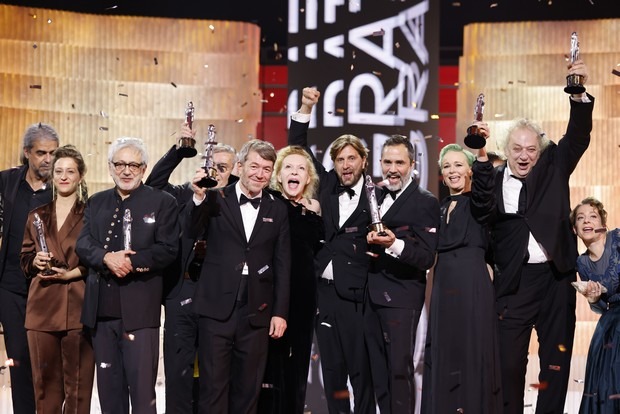 In a relative indifference from the media, due to sports news, the 35th European Film Awards ceremony was held the night before last in Reykjavik, Iceland. It ended in the almost unchallenged coronation of Swedish satire Without filter by Ruben Ostlund. Thus, the Palme d’or of the last Cannes Festival leaves with the four prizes for which it was nominated, namely those of Best Film, Best Director, Best Actor and Best Screenplay. After a few years of disruption due to the health crisis, the great celebration of European cinema was finally able to be held entirely face-to-face again.

five years later The Squaredirector Ruben Östlund is back with the European Film Academy, his previous film having won the same prizes as Without filter, with at the time those of the Best comedy and the Best decorations as a bonus. This is the sixth time that the Palme d’Or and the European Film Award for Best Film have gone to the same film, after Dancer in the Dark by Lars von Trier 4 months 3 weeks and 2 days by Cristian Mungiu, The White Ribbon and Love by Michael Haneke and therefore The Square. In comparison, only one victorious film respectively at the Venice and Berlin Festivals having had the same honors on the European side should be noted: Urga by Nikita Mikhalkov and Head On by Fatih Akin.

The winners of the 35th European Film Awards

The lucky winners in the eight technical categories had already been announced by the European Film Academy three weeks ago, on Wednesday 23 November. They received their respective trophies at the Icelandic ceremony, as did the two filmmakers rewarded for their entire work, the German director and actress Margarethe von Trotta (In search of Ingmar Bergman) and Palestinian director Elia Suleiman (It must be heaven).