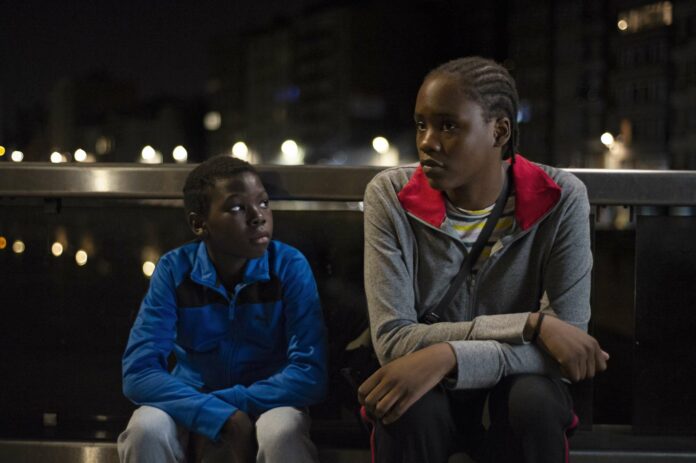 Synopsis : Today in Belgium, a young boy and a teenager who came alone from Africa oppose their invincible friendship to the difficult conditions of their exile. The comeback of the Dardenne brothers

If, one day, a special Loyalty Palm was created on the occasion of a Cannes film festival of the future, it is infinitely probable that it would be awarded to the brothers Darden : loyalty to the Festival with 9 of their films selected in official competition, not to mention The promise to the Directors’ Fortnight, two Palme d’Or and, more often than not, other prizes when they missed out on the Palme d’Or; faithfulness to the themes addressed and, in particular, that of the difficulties of integration encountered by children or adolescents. It is this theme that we find in Tori and Lokita. Tori is a young boy of around ten, Lokita is a teenager of 16, both of whom have come from Africa to try to find a better life in Europe. They met on a boat, they talked to each other and came to the conclusion that it was in their best interest to pretend to be brother and sister. Indeed, Tori, considered in his country as being a child witch and as such being rejected by his family, thus benefits from refugee status and he therefore has papers enabling him to arrive legally in Europe. Lokita does not have such papers. If they manage to prove that they are brother and sister, Lokita will also have her papers, she will quickly be able to become a housekeeper and then provide for Tori’s needs.

A scheme like that, it is prepared, Tori is particularly clever and it is he who explains to Lokita what she must say to accredit to the authorities the fact that she is Tori’s sister. He even goes so far as to teach her words of his language because she and he do not speak the same African language. However, being rather well received when arriving in Europe is one thing, having the papers, even false ones, allowing you to stay there, if possible permanently, is a new ordeal. Moreover, it is necessary to find the money allowing to refund the traffickers, it is necessary to keep its promise to send money to the country. All this, more often than not, means having to put yourself in the hands of mafia networks, unsavory and dangerous people who will not hesitate to exploit your work force or sexually abuse you, even eliminate you.

Let’s face it: even if they were of a quality and of an interest to make a large part of the films released at the same time jealous, the 3 films of the brothers Darden made between Bicycle kid and Tori and Lokita left an impression of shortness of breath, an impression begun with Two days, one night and largely confirmed with The unknown girl. Even though he didn’t have the power of movies like The promise, Rosetta Where The son, The young Ahmed gave at times the feeling that this period of breathlessness might end soon. Well yes, Hallelujah, brothers Darden are again in great shape, and we find in Tori and Lokita everything that we have always loved in their cinema: this nervous side, this total absence of affectation and bombast, the pugnacity shown by their characters to get by in difficult conditions.

Another quality that we must recognize in Dardenit is their ability to discover young talents and bring them to light: let us remember to Jeremy RenierofEmilie Dequenneof Deborah Francois ! To interpret the roles of Tori and Lokita, it was impossible to envisage an actor and an actress by profession. The casting sessions they conducted enabled them to find two remarkable performers, Pablo Schils and Joely Mbundu. This social thriller, this fiction film which pleads for a more humane reception of migrants and, more particularly, unaccompanied minors, was crowned with the special prize for the 75th anniversary of the Cannes Film Festival, an award which, in the end, looks a lot like the special Loyalty Palm mentioned above!