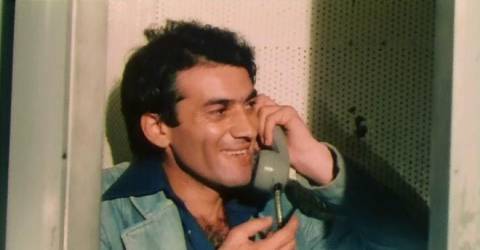 The Marseilles: Aflam opens this Wednesday at 8 p.m. at the Mucem with “ mountain sailor by Karim Ainouz. What is he talking about?

Solange Poulet: Karim Aïnouz has a Brazilian mother and an Algerian father. This film recounts his return to Algeria at the time of the Hirak, where he left Marseille by boat. It is a poetic film that retraces its own history and trajectory. He went to a village in Kabylie where his father is from, who had left just before independence to study in the United States. It was there that he met Karim Aïnouz’s mother. A child was born from this love but the father and the mother will no longer meet.

SP: At the Mucem, we mainly focus on the production of recent films. Some concern Algeria like Dream by director Omar Belkacemi. At the same time, there is a program that focuses more on the question of cinematographic heritage, which is already very present in the recent films that we show. In particular, there will be a round table that talks about the way in which young directors update the archives for a story in the present. At the Starry Polygon and Videodrome 2, the issue of transnational solidarity that existed from the 1950s to the 1980s will be dealt with, when Algeria and Palestine had become symbols of resistance, as Vietnam had been. A generation of militant filmmakers then rushed to where these struggles were taking place. Famous for To be 20 years old in the Aurès in 1972, René Vautier knew how to divert his function as observer of the French educational mission in Africa to better denounce colonialism. We will show Algeria in flames (1958), with images shot in the Algerian maquis. There is also distribution of bread by Cécile Decugis (1957) which testifies how the Algerian militants worked from Tunisia during their struggle, the projection of Zerda or the songs of oblivion by Assia Djebar. A great writer who has also made remarkable documentaries, like this one shot in 1982 with images of the independence of Algeria. Wassyla Tamzali [écrivaine et militante féministe algérienne, Ndlr] will be present at the festival next week: both to discuss the archives and heritage section, but also because she has written about Merzak Allouache.

The work of this director will also be highlighted through the screening of five of his films and a meeting with him at the Fabulerie on April 3. What was its importance in Algerian cinema?

SP: This director has paved a path in cinema. When he made his first film, Omar Gatlato (1976), there existed in Algeria only a fictional cinema to the glory of the heroes of independence and of this struggle. We think in particular of Chronicle of the Ember Years [réalisé par Mohammed Lakhdar-Hamina en 1975] who had won the Palme d’Or at the Cannes Film Festival. Merzak Allouache has himself registered completely elsewhere. In Omar Gatlato, he focused on talking about Algeria through this character that we follow in his daily life. It’s a fiction shot in Algiers, but with a hero who doesn’t talk about political issues at all.

41 films will mark the festival. What about those that do not concern Algeria?

SP: A lot of films from the Maghreb, but also from the Middle East which deserve to be known. I am thinking in particular of Miguel’s war Lebanese Eliane Raheb, who talks about homosexuality and transvestites. With this documentary, he explores everything that happened in the life of his hero, since he was fighting in the ranks of the phalanxes during the civil war, until his exile in Barcelona in 1983.