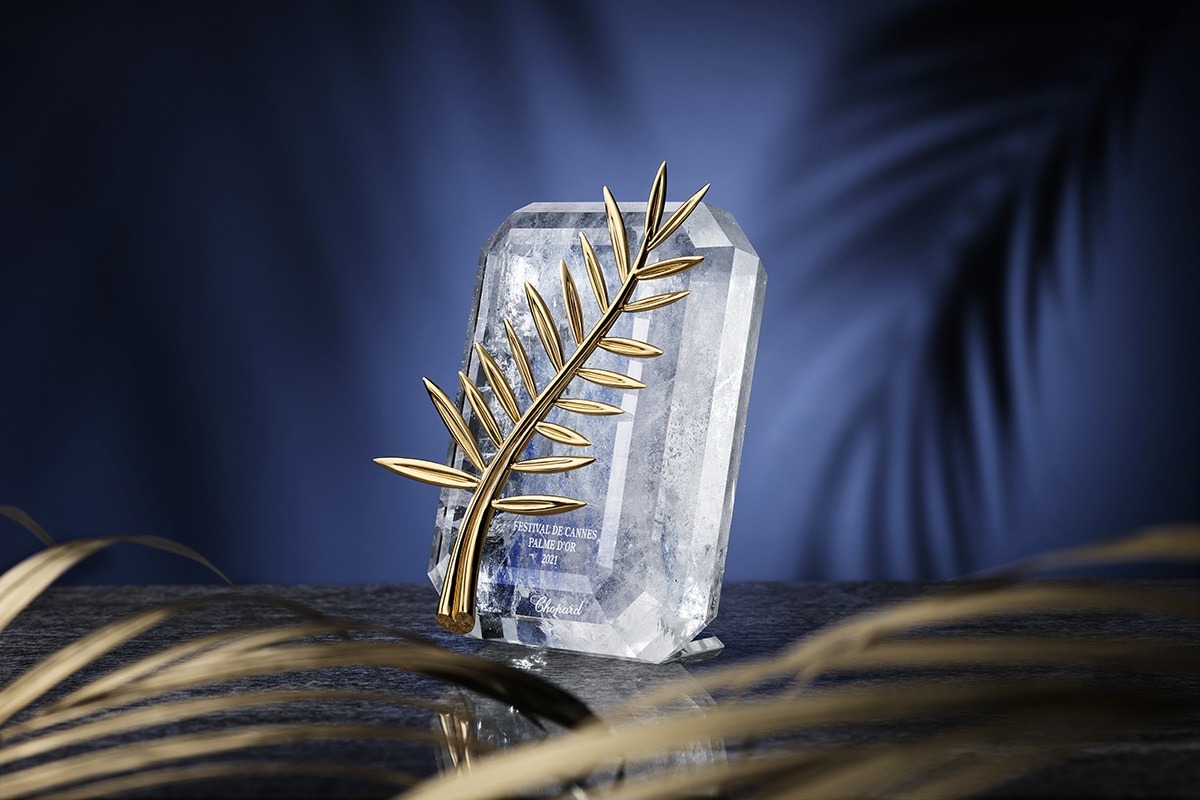 The embodiment of glamour, creative freedom and going beyond limits, the Cannes Film Festival is held every year in the magnificent setting of the French Rivera. It previews the new films released during the year and celebrates the best of cinema and documentaries from around the world.

This exclusive event, by invitation only, is the scene of the highest distinction in the world of cinema, the Palme d’or. Originally founded in 1946, this festival of excellence is the venue for a range of coveted awards such as Best Actress and Best Actor, as well as trophies for lesser-known filmmakers and budding designers.

Since Caroline Scheufele succeeded her father, Karl, as Creative Director of Chopard, she has cemented the relationship between Chopard and the Cannes Film Festival. In 1998, it was announced that Chopard would join forces with Cannes to become the official ceremony partner. At the same time, Caroline Scheufele herself redesigned the famous Palme d’Or trophy, which is now a sparkling spectacle in ethically sourced “Fairmined” gold.

Throughout its history, the Palme d’Or has been awarded to the best creators of world cinema. From “La Dolce Vita” by Federico Fellini in 1960 to “Sailor and Lula” in 1990, passing through the emblematic “Dancer in the Dark” by Lars Von Trier in 2000 with the Icelandic visionary Björk, and “Titanium” by Julia Ducournau in 2021, the palme d’or is a symbol of absolute genius.

The Ever-Evolving Love Story between Chopard and the Palme d’Or began with the meeting of two creative enthusiasts, Caroline Scheufele and Pierre Viot, then director of the Cannes Film Festival.

When their two minds collided, an idea was born. To refresh and relaunch this iconic trophy, Caroline thought about the shape that would best represent this prestigious distinction. She opted for the simple and dazzling idea of ​​palm fronds lining the famous Croisette and the coat of arms of Cannes ending in an emerald-cut diamond.

Composed of 118 grams of ethical 18-carat yellow gold, the current Palme d’Or is created by Chopard’s master jewelers and requires no less than 40 hours of work by 5 artisans. Caroline extends her heart to the world of cinema by adorning the base of the trophy with a modest and simple heart, a noble nod to the ethics of Chopard, the jeweler with a big heart.

2001 marked a new chapter in the love story between Chopard and Cannes. Highlighting emerging talent in the film industry, the Chopard Trophy is awarded to a young actress or young actor whom the committee considers to be the most likely future stars of the silver screen.

Among the former winners of this alliance are Audrey Tautou, Léa Seydoux, Adèle Exarchopoulos and Marion Cotillard, all sensational on the big screen. Young actors such as Ezra Miller and John Boyega also received the Chopard Trophy and became leading figures on screen, both in blockbusters and in independent films. In 2021, Jessie Buckley and Kingsley Ben-Adir were awarded.

Chopard appreciates the opportunity to reward young and daring talents. After all, their philosophy is one of audacity and creativity. Caroline implores us to take the leap of faith and follow our dreams, because who knows what our ultimate reward will be?

The Cannes Film Festival recently invited Chopard to continue and expand their collaboration and, since 2018, the Maison has designed the “mini-Palmes” for the following awards:

All gold used by Chopard to produce the trophies meets the rigorous standards set by The Journey to Sustainable Luxury, a program created in 2013 to source materials in an environmentally and socially responsible manner.

Focus on Chopard, manufacturer of the emblematic trophies of the Cannes Film Festival – actualite-news.com