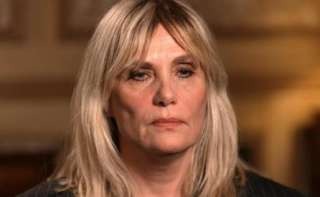 Emmanuelle Seigner, here interviewed in the program “Seven to eight” on TF1, October 16, 2022.

TELEVISION – Emmanuelle Seigner was invited this Sunday, October 16 on TF1 in the show seven to eight.

For the first time, the 56-year-old actress has spoken out about the charges against her now 89-year-old husband, Roman Polanski.

Since the end of the 1970s, accusations of sexual abuse have regularly caught up with the life of the director, who won three Oscars and a Palme d’Or at Cannes. Despite numerous procedural disputes, he is still the subject of an international arrest warrant issued by the United States and has found himself, on several occasions, under threat of extradition.

The first charge against him dates back to 1977, when he was accused of drugging and raping then-13-year-old Samantha Gailey in Los Angeles. Sentenced, he will spend 42 days in prison before leaving the United States when a judge seemed on the point of going back on the agreement, to sentence him to several years in prison.

“Thirteen is young of course, but it was a very permissive time”, responds Emmanuelle Seigner when journalist Audrey Crespo-Mara reminds her of these facts. “ The relationship to age has also changed a lot. At the time, we praised the lolita, we celebrated it. So me, having started my modeling career at 14, it was not a story that shocked me. »

“He feels guilty towards us”adds the actress. “Not guilty of having slept with a 14-year-old girl?” »raises Audrey Crespo-Mara. ” Yes, of course. Especially since they now have very good relations.says Emmanuelle Seigner. “They exchange e-mails. She can’t stand this victim status anymore. This is why she is asking for the charges to be dropped. »

What about the other women who accuse the filmmaker, with the emergence of the MeToo movement, for facts that are prescribed each time?

“Me when I met my husband, all the women wanted to sleep with him, all the young girls wanted to sleep with him, it was crazy, it was crazy. He was 52, he looked like he was 30, he was a great director, so he was hugely appealing and I don’t think he needed to rape anyone.”replies Emmanuelle Seigner, deploring that the presumption of innocence is today “ totally screwed up”.

1/6 Revolted by this release of Emmanuelle Seigner, wife of Roman Polanski that I invite you to view. I prev… https://t.co/w0XVBTYz19

Now, the director is seen as an outcast, according to the actress, and this also has repercussions on her career: “It’s awful because he can’t edit a film, actors are advised not to act in his films. Myself, I am blacklisted in France. »

“The man I live with is not the person I hear about at all”she says again, calling him a “very good husband (and) very good father”. “He is bruised, he saw it very badly. (…) Let him be left alone, let people take care of the real predators, people who are a danger to society, let him be left alone ”annoys the actress in seven to eight.

Hélène Devynck, who publicly accuses Patrick Poivre d’Arvor of having raped her, and Cécile Delarue, who testified against the same man for sexual harassment, strongly condemned Emmanuelle Seigner’s speech on TF1 on Twitter.

This ability to know better than the people concerned what they may have experienced, felt, wanted. And to decide… https://t.co/4EPOueeaJi

Among the women who accuse Roman Polanski, a woman, identified as “Robin”, accused him in August 2017 of sexual assault when she was 16, in 1973.

In September 2017, Renate Langer, a former actress, filed a new rape complaint, claiming she was assaulted in 1972 in Gstaad, Switzerland, when she was 15.

In October 2017, an American artist, Marianne Barnard, also accused the director of assaulting her in 1975, when she was 10 years old.

In November 2019, a Frenchwoman, Valentine Monnier, also accused him of having raped her in 1975 in Switzerland when she was 18 years old.

Before that, in 2010, actress Charlotte Lewis claimed to have been “sexually abused” by the filmmaker in her Paris apartment in the early 1980s, when she was 16 years old.

These charges are now all time-barred and were challenged by Roman Polanski in an interview with Paris Match in December 2019: “For years, they have been trying to make a monster out of me”he was indignant then.

“He didn’t need to rape anyone”: Emmanuelle Seigner defends her husband, Roman Polanski