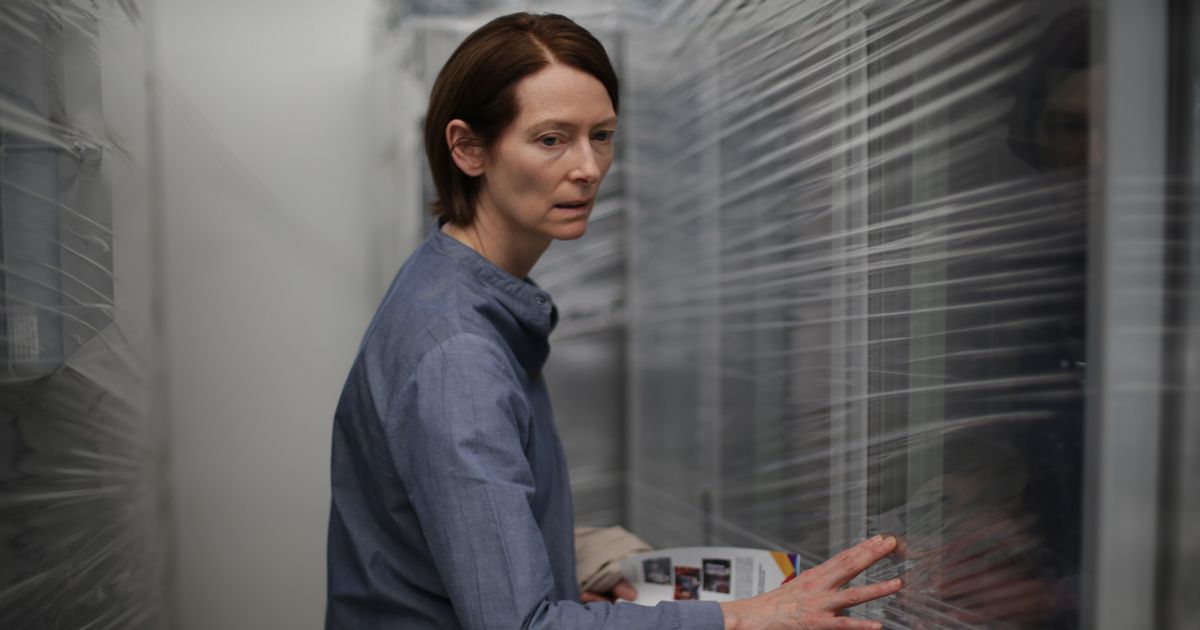 Palme d’or in 2010 for his definitive “Uncle Boonmee”, the Thai filmmaker Apichatpong Weerasethakul leaves for Colombia for a metaphysical journey where a mysterious sound awakens an ancestral memory. “Memoria” is a minimalist and haunting work that harkens back to an earlier time.

A static shot in a bedroom. A closed white curtain, similar to a cinema screen. A few seconds pass, with nothing except our expectation fulfilled by a sound which resounds suddenly, heavy, dull, like a block of stone hitting metal. In the frame, a silhouette stands up, awakened by this unexpected noise which will determine the whole issue of “Memoria”, the new film by Apichatpong Weerasethakul (“Uncle Boonmee”, “Cemetery of Splendor”, “Tropical Malady”) , jury prize at the last Cannes festival.

This indefinite sound obsesses the main protagonist, Jessica Holland (Tilda Swinton, also co-producer), who will spend the time of the film questioning its origin and letting herself, like the viewer, be sucked into its mystery. Of this Scottish woman passing through Bogota, we will only know the bare minimum. She is a widow. She grows orchids and seems fascinated by viruses, fungi, bacteria. She came to visit her hospitalized sister. But what interests the filmmaker is less what we know about Jessica than what we are going to discover, what we are going to experience, with her.

>> To see, the trailer of the film “Memoria” by Apichatpong Weerasethakul

A double encounter will determine the two central motifs of “Memoria”. First, Jessica gets in touch with Hernan, a musician, sound engineer, who is going to reproduce on a computer, during a magnificent scene, the noise that she tries to describe to her in all its materiality (“a sound of cinema”, “a whisper that comes from the center of the Earth”). Later, Jessica befriends Agnès (Jeanne Balibar), a French archaeologist busy analyzing the bones found in a tunnel under the Andes mountain range.

From these skeletons, dating back more than 6,000 years, a collective memory reappears while the sound, which Jessica is the only one to perceive, resurrects a more intimate memory, bringing the heroine back to an original, primordial, earlier time. It was while leaving Bogotá for isolated nature, meeting a native who revealed to her that this sound she heard dates from before “our time”, when we were “in space, with the others”, that Jessica reconnects to this forgotten time when the appearance of a space shuttle touches less on science fiction than on the past history of humanity.

Between dream and awakening

Poster of the movie “Memoria” by Apichatpong Weerasethakul. [EF NEON]Combining time (sound) and space (image) with incredible simplicity and a sense of purity, Apichatpong Weerasethakul constructs (or deconstructs) the reality of his film as his story unfolds. Jessica acts less than she observes and the world that opens up to her, to her gaze, to her mind, confuses what is usually opposed: the real and the mental, the dream and the awakening, the life and death, the visible and the invisible.

And when anomalies disturb reality – out of order lights, car alarms going off for no apparent reason – they are there only to underline the porosity of this reality which, under Weerasethakul’s camera, becomes as flexible, as soft as watches. of Dali’s canvas, “The Persistence of Memory”.

Much more than a dreamlike or fantastic work, “Memoria” adopts the form of a film of passage, traversed by holes, openings, excavations, where hermetic borders fall one after the other. A moment between Jessica and Hernan, passed under a statue of Copernicus, reminds us that the Earth does indeed revolve around the sun and that it is not the center of the universe.

And if some may find the filmmaker’s contemplative style soporific, who, in less than a hundred shots, often static, brings out movement within his frame, and brings about the suspense of his sense of suspension, he we are allowed to abandon ourselves, with dizzying pleasure, to the limpid flow of its images and sounds in perpetual vibration.

In “Memoria”, Tilda Swinton returns to the origins of humanity