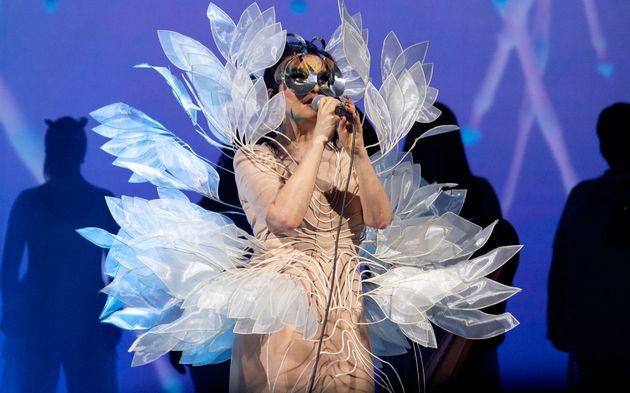 CINEMA – It was twenty-two years ago. Björk, then 34, played the role of a Czechoslovakian immigrant in Dancer in the Dark, Palme d’or, in 2000, which enabled her to win the prize for female interpretation at Cannes. This Wednesday, May 11, the Icelandic singer is back on the screen in The Northmanan American blockbuster directed by Robert Eggers.

The narrative of this blockbuster is the opposite of Lars von Trier’s ultra-sensitive drama. It tells the violent and bloody epic of the so-called Amleth. While he is in the middle of a rite of passage towards adulthood with all that implies in terms of the codes of virility, his father, the king, is cruelly murdered before his eyes by his uncle.

Neither one nor two, the boy he was escapes far from the land where he grew up, determined to return there one day to take revenge. In fact, years later, Amleth has grown, and so have his muscles. If he comes back as an adult, his memory is playing tricks on him: our hero has lost sight of his initial quest.

Check out the trailer for “The Northman” below:

While the tribe he has joined celebrates with great pomp and the greatest intoxication the last village it has just plundered, the Viking “by chance” comes across Björk, unrecognizable, in one of the dwellings that he and his friends burned. And it is from the most total darkness that the actress suddenly appears, here, in her role of diviner.

An unrecognizable Björk but in a sumptuous costume, one of the most elaborate of the film specify the production notes. It is the result of a mixture between the linen tunics, the embroidered dresses of Slavic women and the battle dress of animal skins, including their heads.

Her long dress is entirely covered with embroidery. Her open skirt consists of an assembly of woolen belts and bells. Her bracelets are made of birch bark. They are held in place by braided headbands. Björk wears more than a dozen necklaces and on her head a very imposing headdress made of barley ears. The diviner no longer has the use of her eyes. Instead of empty orbits, two shells give his character a disturbing, even mystical character.

“Bjork is Bjork. It’s not a character, it’s her. I have met other celebrities whose aura seems fabricated, misleading, but with Björk, there is no comparison. Who else could have played this diviner adorned with jewels better than her”, details the director.

The interpreter of Venus As A Boy, whose taste for theatricality and staged clothing in concert is well known, makes only one appearance in the film. And that’s when.

The scene is very short, but decisive for what follows. The diviner knows the story of Amleth. She knows where he comes from. She also knows that he had promised himself to avenge his father and save his mother. It’s over with looting houses, he must regain the crown. The soothsayer is there to bring him back on the right track and revive Amleth’s thirst for revenge. “Remember your sermon”, she says to him, before blowing to him that “no one can escape his destiny”.

Björk’s words have an effect. Without waiting, Amleth fled. He then learns that his uncle Fjölnir has become a sheep farmer on an island: in Iceland. He is ready to do anything to find him. By swimming, he boards a boat heading for the famous island and pretends to be a slave. His goal returned to him. He wants to find the regicide and cut off his head. The adventure can really begin. And that’s thanks to Björk.

See also on The HuffPost: “Thor: Love and Thunder” is revealed in a first trailer

In “The Northman”, Björk signs a flash (but decisive) comeback