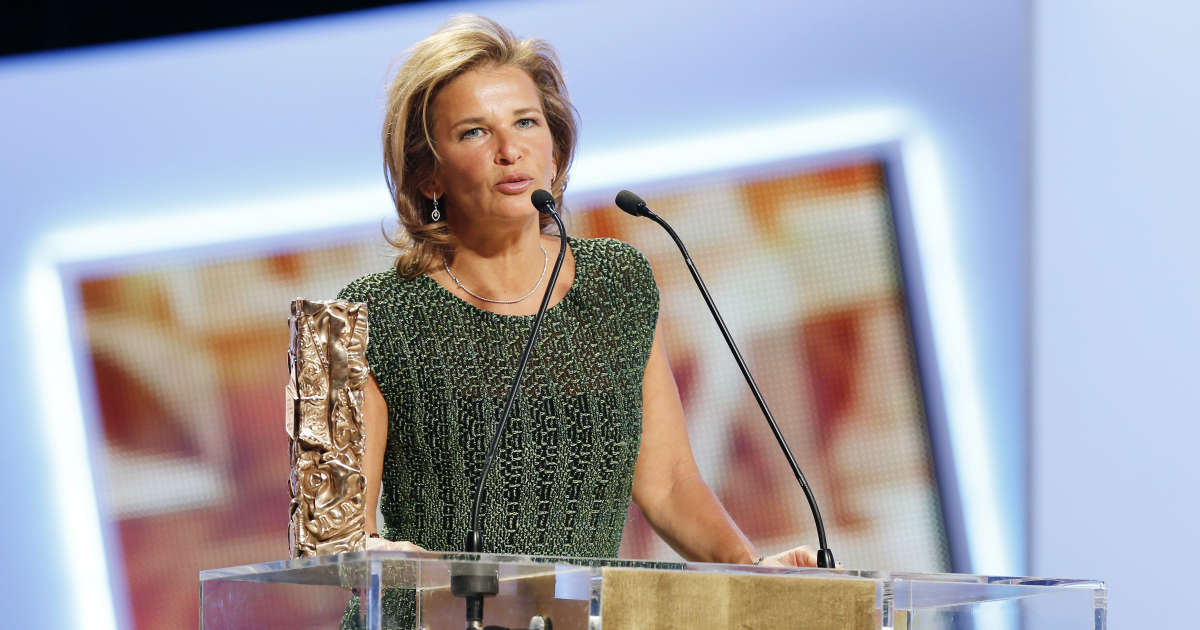 Influential personality of the film industry, the German was (poorly) elected Wednesday at the head of the Festival. His very “business” career worries a number of professionals initially attached to the artistic dimension of the institution. Decryption.

For the first time, the president of the Cannes Film Festival will be a president. Iris Knobloch was elected on Wednesday March 23 at the head of the most important film festival in the world for the 2023, 2024 and 2025 editions, following a vote by the board of directors which was not a formality. (18 votes for, 6 against, 3 abstentions and 1 blank vote). Unknown to the general public, this 59-year-old German lawyer is, on the other hand, an important personality in the film industry. She will succeed the 1er July to Pierre Lescure, who presided over the Festival for eight years and, like his predecessor, will work in consultation with the general delegate, Thierry Frémaux. Deciphering a controversial election.

Who is Iris Knobloch?

After starting out in law firms, in Munich and then in the United States, Iris Knobloch worked for eleven years at Warner Bros, in Los Angeles and then in London. Before chairing the French subsidiary of the Hollywood studio from 2006, then, in October 2021, taking over as head of WarnerMedia for France, Germany, Benelux, Switzerland and Austria. She left Warner in July 2021 to found and run I2PO, a “special purpose acquisition company” (aka an investment fund) dedicated to the entertainment and leisure industry. Among its shareholders are investment banker Matthieu Pigasse (individual shareholder of the Le Monde group, of which Telerama) and Artemis, the holding company of the Kering group headed by the Pinault family, a long-time partner of the Festival. To avoid any risk of conflict of interest, I2PO will not be able to invest in the film industry for the duration of Iris Knobloch’s mandate in Cannes.

Why is his election criticized?

The three predecessors of Iris Knobloch were successively a senior civil servant (Pierre Viot), a former film critic (Gilles Jacob) and a journalist boss of a TV channel (Pierre Lescure). Suffice to say that the very international and very “business” profile of the new president of Cannes (also director of the Lazard bank and vice-president of the board of directors of the hotel and catering group Accor) worries many professionals in the cinema attached to the primarily artistic dimension of the Festival. Saïd Ben Saïd, the producer of Benedetta, by Paul Verhoeven (in competition at Cannes last year), made it known in a tweet on March 9 when the name of Iris Knobloch was already circulating insistently: “Aren’t we making a mistake by appointing at the head of cultural institutions people, certainly very qualified in their field of competence, but for whom culture and art are only columns of figures? »

The appointment of the president of the Cannes Film Festival is traditionally done unanimously or almost. However, on Tuesday March 22, the day before the board of directors, several professional organizations representing both filmmakers (the Society of Film Directors), independent producers and distributors (ARP, SPI, UPC, API, Dire) and exhibitors of cinemas (the National Federation of French Cinemas) wrote to the current president of the Festival, Pierre Lescure, to denounce the electoral process. Their grievances? A lack of consultation between board members and, above all, a choice from above. Because, in the opinion of many observers, Iris Knobloch was the candidate of the boss of the National Center for Cinema and the Moving Image (CNC), Dominique Boutonnat, who ardently pleaded her case with Minister Roselyne Bachelot. “This is the first time that we have had a badly elected presidency, and that the State, which has a very strong presence within the Cannes Festival, imposes its candidate without consultation of any kind, ignoring the very large hostility of the profession, said the SACD (Society of Dramatic Authors and Composers), particularly uplifted.

Majors and platforms, his first projects

Thanks to her twenty-six years at Warner, Iris Knobloch benefits from important links with the American entertainment industry. Charles Rivkin, CEO of the Motion Picture Association (the lobby of major Hollywood studios), was moreover one of the first to hail the election of his ” friend “ on Twitter. The address book of the new president will be very useful to her to convince the majors, more and more reluctant over the years, to return in force to the Croisette.

In addition, since 2018, any film must commit to being distributed in French theaters if it wants to compete for the Palme d’Or. This excludes, in fact, Netflix productions, reserved in priority for subscribers to the platform… to the great displeasure of the general delegate of the Cannes Film Festival, Thierry Frémaux, who has thus seen works as important as Rome (Alfonso Cuaron) or The Power of the Dog (Jane Campion) escape from it in favor of its main competitor, the Venice Film Festival, which pays less attention to the origin of the films. According to French Film, the Cannes Film Festival proposed to the members of its board of directors, by email sent on March 18, a modification of its rules of procedure to allow films without a distributor (thus streaming giants) to apply for the official competition. The distributors’ professional organizations did not like it and informed Pierre Lescure by letter.

Faced with the outcry, the March 23 board kicked in and postponed the decision. It is up to Iris Knobloch, with Thierry Frémaux, to find a compromise for next year – forcing the only award-winning films to be released in theaters is, in particular, a track mentioned. In the meantime, the future president prudently recalled, in her message of thanks to the board of directors following her election, that “the cinema film seen in theaters remains an essential artistic expression and the Cannes Film Festival, with its unique selection, shows the way to it every year”.