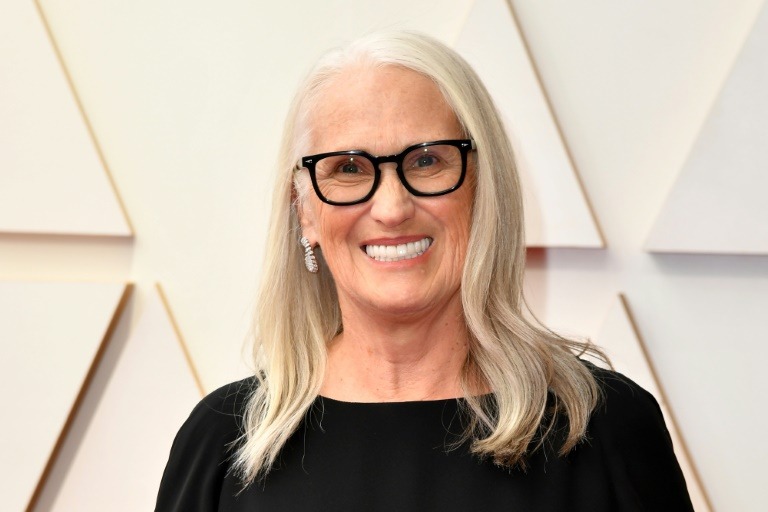 After shunning Hollywood for more than a decade, New Zealander Jane Campion made a triumphant comeback by winning the Best Director Oscar for her psychological western “The Power of the Dog”.

The filmmaker is only the third woman to receive this prestigious award, just one year after Chloé Zhao and 12 years after pioneer Kathryn Bigelow for “Minesweepers”.

On receiving her award, Jane Campion greeted the other nominees: “I love you all, you are also extraordinarily talented and it could have been any of you”.

“The Power of the Dog”, immersed in the sullen universe of a toxic masculinity, embodied by the rivalry between two brothers on a ranch in Montana in the 1920s, marks a break for Jane Campion, best known until now for his portraits of women with complex emotions.

Unanimously acclaimed by critics, “The Power of the Dog” won twelve Academy Award nominations and caused a sensation in the same way as “The Piano Lesson”, another flagship film by Jane Campion, at the 1994 Oscars, where she had won for Best Adapted Screenplay.

“I’m thrilled, I feel like I’m kind of making a comeback. I feel really, really emotional. People at the Academy voted for so many categories!” exclaimed the director of 67 years, a few days before the ceremony.

A demanding and free personality, Jane Campion had already entered the legend of cinema history in 1993 by becoming the first woman to win the Palme d’Or at the Cannes Film Festival.

She will later lament that this feat did not generate a new wave of successful female directors, and will denounce sexism in the world of cinema, incapable according to her of accepting the “feminine vision”.

She distanced herself from Hollywood in 2009, after her film “Bright Star”, deploring the difficulty for a filmmaker to create freely and access studio funding in an industry that is overwhelmingly male.

She then turned to television with the detective series “The Top of the Lake”, whose action takes place in a small town in New Zealand, a huge audience success.

The prospect of adapting the novel “The Power of the Dog” by American Thomas Savage, a story of repressed homosexuality in a Western setting published in 1967, pushed her to return to the big screen.

“I kept thinking about it. In fact, I was haunted”, she will say about this intrigue.

Meanwhile, the #metoo movement has made the world of cinema much different from what Jane Campion experienced in the 1990s.

“The #metoo movement changed everything,” she explained. “I think the period between the end of the 1990s and until around 2015 was a very dark time. Now women are so much more successful… They are no longer employed for charity (…) That’s it the big change. We want to be recognized because we are really good!”.

Jane Campion was born on April 30, 1954 in the New Zealand capital, Wellington, to an actress mother and a theater director father, both fascinated by Shakespeare. She left the life of an artist for anthropology, before studying painting in England and Australia.

She branched off into film in the 1980s by taking classes at an Australian school from which she graduated in 1984.

The recognition comes only two years later, with his first short film “Peel”, awarded at Cannes.

She continues with “Sweetie”, in competition at Cannes in 1989, then “An angel at my table”, on the tragic life of the novelist Janet Frame, special jury prize in 1990 in Venice.

The director continues her gallery of marginal female characters in “The Piano Lesson” which reveals actress Holly Hunter in the role of a deaf and mute in love with an illiterate Maori in the 19th century. At the end of the day, a shower of international awards, including three Oscars.

“Portrait de femme” in 1996 with Nicole Kidman, “Holy Smoke” in 1999 with Kate Winslet, “In the Cut” in 2003 with Meg Ryan and again “Bright Star” in 2009 illustrate this appetite for the roles of women facing the norm imposed by society.

“My films are reactions to society’s obsession with normalcy, its propensity to exclude deviants,” she said.

Jane Campion has also tried her hand at documentaries. Like “Abduction: The Megumi Yokota Story” (2006) about a Japanese schoolgirl abducted by North Korea in 1977.

Jane Campion: the triumphant return to Hollywood of a demanding and free filmmaker