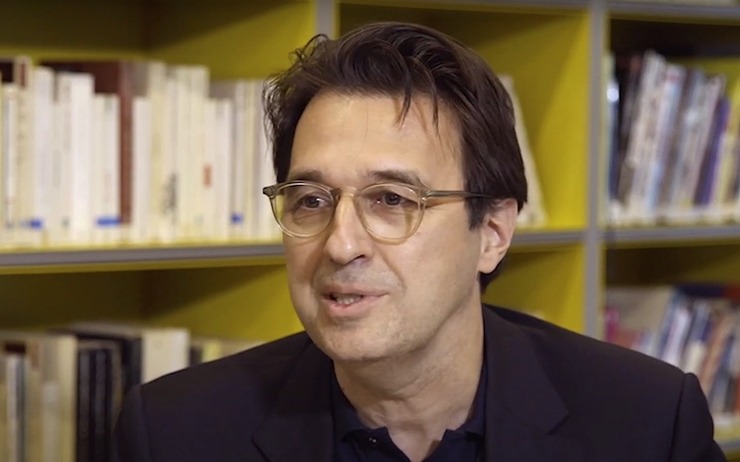 On the occasion of the 50th French Film Festival in Hong Kong, lepetitjournal.com went to meet Jean-Sébastien Attié, director of the Alliance Française de Hong Kong, who tells us about the selection.

You are launching the 50th edition of the French film festival. Why is this date important?

Half a century of French cinema in Hong Kong was to be marked with a milestone. The festival has established itself over the years, even if the Alliance Française de Hong Kong, from its origins in 1953, immediately programmed cinema – the first was “The Holidays of Monsieur Hulot” by Jacques Tati, in November 1953. But the festival in its form was organized from 1972. 2021 marks its 50th edition! This demonstrates the role and involvement of the Alliance Française and the festival’s sponsors in the promotion of the 7th art throughout these decades. The edition is also important because it is a year of resumption of outings after a year 2020 devastated by the pandemic. The entire Alliance Française team has worked together with passion all these months to arrive at a selection that best reflects our values ​​and the richness of French and French-speaking cinema.

What makes this edition exceptional?

It’s exceptional first of all because it has more movies than ever before: 53 movies exactly – we wanted 50, obviously, but we had some highly anticipated movie confirmations a bit at the last moment.

It is exceptional for the diversity of the films, since 3 sections are offered: exclusive films – new releases for the year 2021, the retrospective covering 50 years of cinema, “Cinema for the climate “ which offers 4 committed films on the theme of the environment.

“The artists cannot travel but will be present through videos”

Of course, the coming of artists is impossible at the moment, and it is always regrettable because we had several celebrities who agreed to visit us. We have to do with the current health measures even if there is not really a pandemic in Hong Kong. You need masks and distances at all times. But we are used to it and the public too. We mainly use pre-recorded messages, mini-interviews, but meetings are going to take place, mainly around films from the section “Cinema for the Climate “, with Greenpeace among others. There will be several programs with the LFI and the participation of several universities. Zooms are being defined with this or that artist.

What are the highlights of this anniversary selection?

There are many, especially on such a large selection. We wanted to bring a very broad vision of French and French-speaking cinema. Coté Films 2021, La Palme d’Or, “Titane”, of course, presented in the 2nd opening screening, Aline by Valérie Lemercier, presented with the support of the Bureau du Québec and Alea, “Eiffel” with Romain Duris and Emma Mackey in the opening screening, “Illusions Perdues” by Xavier Giannoli, superb adaptation of Balzac’s novel, “Rose” with radiant Lara Fabian and “Une jeune fille qui va bien”, Sandrine Kiberlain’s first film, both presented with the Jewish Film Festival. Among the expected and humorous films, “Kaamelott”, “Barbaque” by Fabrice Éboué or “Tralala” by the Larrieu brothers. And among the climate films, “Animal” and “Bigger than Us” have had some media coverage. But I find it hard to leave some aside because I would like to quote the 26 films.

“Retrospectives will allow you to see classics again”

In retrospect, in fact, each film deserves to be mentioned, since it is a real firework display of the best films (available digitally and with subtitles) in their genre and in their 50 years style. We wanted to bring together popular and successful films like “La Folie des Grandeurs”, “La Boum”, “Le Diner de Cons”, “Asterix and Obelix: Mission Cléopâtre”, “Les Visitors”, “Les Bronzés font. du Ski “or” Intouchables “, arthouse films like” Les Valseuses “, a Pialat mini-retrospective with” We will not age together “,” Loulou “,” Sous le Soleil de Satan “and” Van Gogh “, rarities like” La Maman et la Whore “by Jean Eustache in its 35mm version, cult films like” La Cité de la Peur “or” La Haine “. Or finally the pleasure of finding Coluche in “Tchao Pantin”. Without forgetting the films which will be of particular interest to families such as “Au-revoir les Enfants”, by Louis Malle or “Ma Vie de Courgette”.

“We are driven by the desire to please”

What guided the 2021 selection?

The desire to please, first, after a complicated year, postponed outings. Cinema is a vector of emotions, pleasure and surprises too. The desire to offer films that can appeal to all tastes and all expectations. In 53 opus, it is possible. Also allow to rediscover films that one has certainly seen on television or on DVD, even on VHS, with his friends, in family, between generations also this time in a cinema. The quality requirement: the oldest films chosen are films that have aged perfectly, like those of Pialat, which are still very modern in the style and direction of the actors. And on the films of 2021, to offer the best in our opinion, the greatest possible diversity.

“This year we have favored a 100% indoor festival”

This year we have favored a 100% indoor festival. First, because the public thirsts for cultural outings after a truncated year; second, because the operators need the public. Finally because the film producers are very reserved about the idea of ​​providing links before the release in France and platform. It was therefore almost impossible to have this year the understanding of these producers as in 2020.

To know everything about the 2021 selection

JS Attié: “The French Film Festival is back in theaters in Hong Kong”