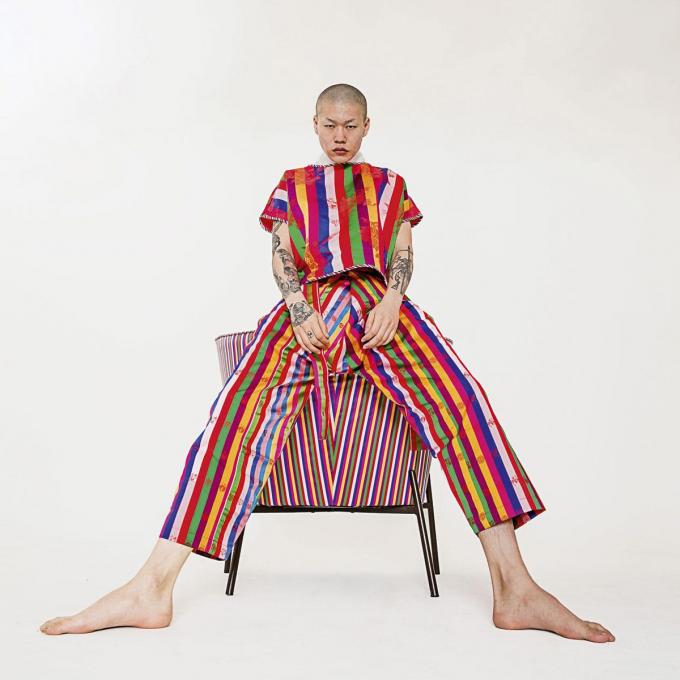 While Korean culture continues to make waves since the worldwide success of Psy’s Gangnam Style, the Victoria & Albert Museum in London is devoting an exhibition as exotic as it is didactic to “hallyu”.

The term hallyu or “Korean wave” refers to the popularity of South Korean culture abroad. And if it was the Chinese media that propagated its use from the 90s, when the Middle Kingdom was the main export market, since then the West has not been left behind. By inviting us, ten years ago already, to discover the style of the Gangnam district with the help of an earworm with a catchy choreography, it is as if the singer Psy had opened the door to Korea. from the South to Europe. And since then, the hallyu never stops surging.

Sometimes it tastes sour like a bite of kimchi; sometimes, the sounds of K-pop to which our pre-teens devote the same cult as us to US grunge at the time. Without forgetting the success of the series Squid Game or movie Parasitewhich won three Oscars, the Palme d’Or and the César for best foreign film in 2020. As an epiphenomenon, this Korean culture has gradually mingled with ours, and the V&A traces this successful example of diplomacy in images.

Because if, originally, the popularity of South Korean artists in China is to be attributed to economic growth in Asia and the hunger for cultural proposals that accompanies it, since then, the authorities of the country have been able to capitalize on this wave. of interest. Already in 2009, Kim Yoon-ok, then first lady, decided to support the promotion of Korean gastronomy internationally, thus helping us discover the delights of bibimbap or bulgogi. An aspect that will be explored at Dotori or Kimchee, among other listed Korean restaurants in London, the V&A having chosen to divide the exhibition into four sections that do not include the kitchen.

On the other hand, these give pride of place to culture in the broad sense against a background of historical context, the first part being devoted to the meteoric rise of South Korea, which in fifty years has gone from a country ravaged by war to an essential cultural player since 2000. In particular thanks to K-pop, to which the institution devotes a section, between sculpture by G-Dragon and exclusive costumes by designers from BLACKPINK and BTS.

Those who have binge-watched Squid Game will find clothes and accessories taken from the filming as well as a reconstruction of a set of Parasite in the space dedicated to the success of K-drama. And neither K-beauty nor the influence of fashion designers are forgotten, the route ending with twenty silhouettes signed by the young guard of the land of the Morning Calm.

In all, more than 200 artifacts will be on display in what curator Rosalie Kim called a tribute to a “vibrant and creative culture” but also to its devoted fans. Oppa Hallyu style.

Korean way of life: diving into the hallyu, this groundswell of Korean culture