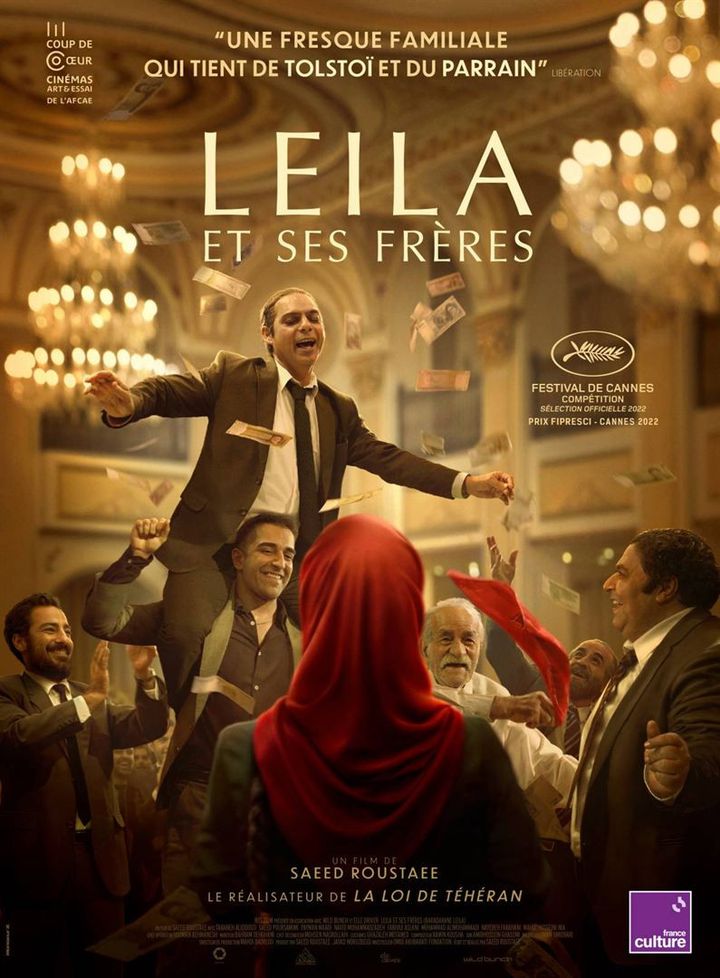 Presented in competition at the Cannes Film Festival in May, the nearly three-hour film, Leila and her brothers, did not convince the jury, of which an Iranian was a member, the two-time Oscar-winning director Asghar Farhadi. The feature film, on the other hand, seduced the press, who saw in it a potential Palme d’Or.

From the height of his 32 years, its director Saeed Roustaee embodies the new guard of Iranian cinema. He won the jury prize from the International Federation of Film Critics (Fipresci). It was in its own country that the film saw its destiny come to an abrupt end: at the end of June, the Iranian cinematographic authorities announced that they had banned the film “until further notice”. Reason alleged? Have “breaks the rules by participating without authorization in foreign festivals (…) in Cannes and then in Munich”.

Not frontally political, the film paints the portrait of Esmail (Saeed Poursamimi), a modest old man and father of five children, who dreams of becoming the head of the family clan. An honorary title to which he thinks he has the right by his age. But lo and behold, with this title come pecuniary obligations. How to contribute to the lifestyle of the clan when his means are limited and his four sons are unemployed?

In an almost Balzacian reversal of the situation – how not to see similarities with Balzac’s Eugénie Grandet? – the spectator discovers that Esmail has, in reality, much more money than he leads his children and his wife to believe. Then comes a moral choice for the siblings: should they steal their father’s money or let him use it for his coronation, and therefore see their only chance for a future slip through their fingers?

At the heart of the film, a woman, Leïla, brilliantly played by actress Taraneh Alidoosti. A way for the director and his actress to highlight the role of “pillar” what women have in Iranian society, they told AFP in Cannes. But Saeed Roustaee doesn’t stop at describing a dysfunctional family. The director of Tehran law subtly describes an Iranian society on the edge both politically and economically.

When AFP met him in the spring, Saeed Roustaee already had in mind a possible censorship of his film: “In Iran, there are red lines and there are many of them”. “You can very easily be arrested if you do not respect these red lines”, he added. A censorship which is therefore exercised at two levels: the first allows the government to “to validate” the scenario and the second of “check” that the content of the film meets its requirements. Should this not be the case, the government may request “changes”. In the meantime, the film is deprived of release.

In early July, two great directors paid the price for the regime’s censorship. Winner of the 2020 Golden Bear in Berlin for his film the devil does not existMohammad Rasoulof was arrested for co-signing an open letter in May urging the security forces to “Throw down the weapons” in the face of anger “corruption, theft, incompetence and repression”. His comrade Jafar Panahi, Golden Bear 2015 for Taxi Tehran, came to inquire about his fate, was later arrested and sent to Evin Prison to serve a six-year sentence handed down in 2010.

Faced with this sword of Damocles, has Saeed Roustaee ever thought of leaving his country? “Nope, he replied to AFP without flinching. This is where we have our roots. This is our country, this is our home.”

Gender : Drama
Director: Saeed Roustaee
Actors and actresses: Taraneh Alidoosti, Navid Mohammadzadeh, Payman Maadi
Duration : 2h49
Exit : 24 August 2022
Distributer : Wild BunchCast
Summary: Leila has dedicated her whole life to her parents and her four brothers. Very affected by an unprecedented economic crisis, the family is crumbling under debt and tearing itself apart as their personal disappointments develop. In order to get them out of this situation, Leila hatches a plan: buy a shop to start a business with her brothers. Everyone puts all their savings into it, but they lack one last financial support. At the same time and to everyone’s surprise, their father Esmail promises a large sum of money to his community in order to become its new godfather, the highest honor in Persian tradition. Little by little, the actions of each of its members bring the family to the brink of implosion, while the health of the patriarch deteriorates.

“Leila and her brothers” by Saeed Roustaee: portrait of a breathless society, in a family fresco banned in Iran