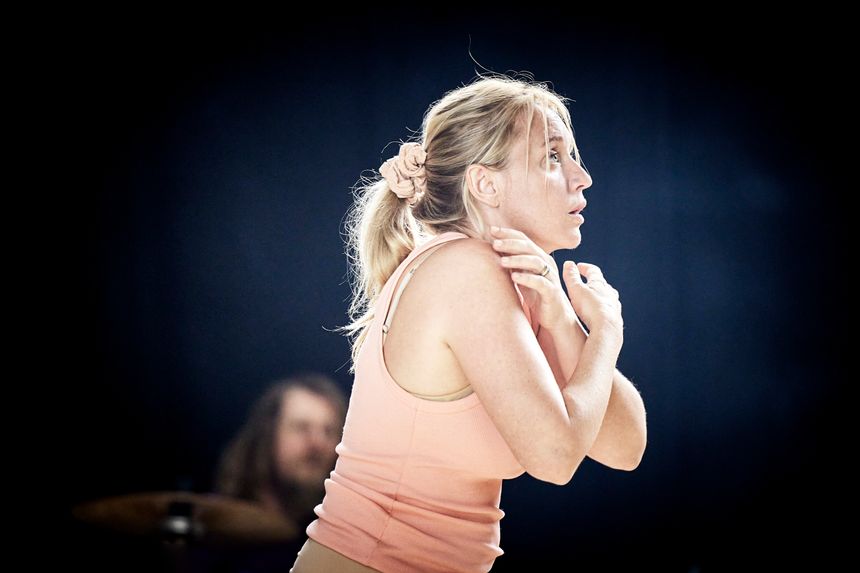 Ludivine Sagnier has toured with the greatest directors: Alain Resnais, three times François Ozon, Claude Chabrol, twice Christophe Honoré and, more recently, for the Japanese filmmaker Hirokazu Kore-eda (Palme d’or for “Une Affaire de family”, in 2018), which offers him some scenes in his first film shot in France, “La Vérité” (2019), with Catherine Deneuve and Juliette Binoche. More recently, she played alongside her eldest daughter, Bennie, in “La Ruche” (2020) adapted from the eponymous book by Arthur Loustalot, directed by Belgian filmmaker Christophe Hermans. At the last Venice Film Festival, Ludivine Sagnier received the Kino Award for her role in the “Lupin” series. She does not actually sulk the series, and will soon be on display in “The Serpent Queen” then “Benjamin Franklin” with Michael Douglas.

Committed to the reintegration of invisible people, such as incarcerated women, she set up the Fleury-Mérogis Film Festival in 2010, and is the artistic director of the “actor” section of the Kourtrajmé school, set up by the director Ladj Ly within the Kourtrajmé collective where his strong desire for transmission materializes.
Little present on the boards, his interpretation in the play “Nouveau Roman” (2012) by Christophe Honoré had not gone unnoticed. Entire in her roles, she currently appears in “Le Consentement” by Sébastien Davis.

While she is on stage in an adaptation of the book “Le consent” by Vanessa Springora, Ludivine Sagnier tells us about her job and her desires.

If an actor like Damien Bonnard puts himself in the skin of his character through perfumes, Ludivine Sagnier proceeds rather by musical inspiration: “Working with classical music is something I do quite often, because I know it’s quite complex music. And if you want to embrace the complexity of a character, you need things that are nuanced, contradictory, so I like to get things from Schubert, for example.” Ludivine Sagnier

In “Le Consentement” the music is his only playing partner: “She either illustrates or hinders the discourse. Sometimes she justifies a state. Sometimes she is the object of a struggle between the character and what she is experiencing. (…) With Pierre Belleville and Dan Lévy, we really worked in this intimacy, in this complicity all three of us. I think it was important for such a subject to be completely in agreement with the ability to say things head-on. And I I find that he has composed very accurate music that Pierre Belleville reinterprets every evening. We are really, even if we don’t look at each other, both in this journey which corresponds very well to Vanessa’s different states.” Ludivine Sagnier

Digging the Matter of Bipolar Disorder

About her role in “La Ruche”, a film directed by Christophe Hermans in which she plays a mother with bipolar disorder. “I was offered the role a year before filming, and during the first six months I documented myself: I read scientific works, testimonials from doctors and patients, as well as testimonies from the entourage who were very important for the film, centered on the patient’s entourage. But I quickly realized that it was not enough. The actor does not play only with his head, fortunately, and this immersion in this group speech taught me a lot of things. I was able to talk to people with the disorder, observe them, while also trying to bring them things by talking to them about my job as an actor, about the game of vertigo. This profession has a lot of similarities with this disorder in the sense that we are sensitive to the emphasis of emotions and we can quickly let ourselves be overwhelmed by them. This contact with people who struggle daily against this disorder, taught me to see it in their flesh, in their voice, in their breath. These are things that are not necessarily palpable for the viewer, but to be honest, it was essential for me.” Ludivine Sagnier

“It took me a long time to understand the intimate correlation between control and surrender, I thought that control prevented abandonment and that abandonment prevented technique. And growing up, accumulating quite a few techniques, I managed to achieve this abandonment that one seeks while remaining in control of myself, without being afraid of letting go. Before, when I was 20 years old, this letting go, I had the impression that I was porous there and that I brought back with me in my private life, things that I shouldn’t. Now, I manage to partition, to be free in my abandonment and to return home without any kind of residue of anything. either, apart from fatigue.” Ludivine Sagnier

About “Consent”: “When I read it, I had a lot of anger, compassion, emotions that were normal but incompatible with the fact of transmitting a word, since precisely the economy with which Vanesse Springora wrote her book is her way of telling things very violent, but without being violent itself. However, too much compassion would have been detrimental to the subject. I really had to find modesty in my interpretation. And, therefore, I had to stay away from the effect the text had on me.” Ludivine Sagnier

The show “Le Consentement” is currently on tour:
– From December 14 to 16 at Château Rouge, at the

Approved scene of Annemasse
– From 04 to 07 January in Lyon, at

Croix Rousse Theater
– From February 28 to March 1 in Paris, at

Presentation of the City Theater : “These words, engraved in a book like the facts in the flesh, here they are released in a stage cage where Ludivine Sagnier gives them breath, intimacy. Alone, with a musician lurking in the shadows, she rearms this writing incisive that speaks plainly of the volatile notion that is consent.
That of a minor teenager under the influence of the power of an adult and the complicity of a society blinded by celebrity. Passage of witness, at the theater, of this condensed life.”
Of Vanessa Springorastaging: Sebastien Davis, with Ludivine Sagniermusical creation: Dan Levyscenography: Alwyne de Dardellights: Remi NicolasArtistic collaboration: Cyril Cotinautchoreography: Dayana Brunorowith the musician Peter Belleville.

– Ludivine Sagnier is currently filming Ridley Scott’s new film “Napoleon” with Joaquin Phoenix and Tahar Rahim, which is scheduled for release in 2023.

– “La Ruche” directed by Christophe Hermans, with Ludivine Sagnier, Sophie Breyer, Mara Taquin. Release scheduled for January 3rd.
Synopsis : “As far back as they can remember, Marion, Claire and Louise have always lived to the rhythm of the joys and pain of Alice, their mother. Today, they only have their love to oppose to this destructive spiral in which Alice sinks more each day. An infinite love, as violent as it is indescribable.”

Ludivine Sagnier is now the godmother of the association “

The tightrope walker“, in Jette, Belgium, to help patients with bipolar disease.

Sounds played during the show:

Ludivine Sagnier: “I manage to be free in my abandonment”

Thierry Ardisson tells all about his heroin addiction and how he got out of it - Grazia
Opening in Marrakech of the 19th edition of the International Film Festival - Médias24
Cannes film festival. Tom Cruise back on the Croisette, thirty years later
Tweet
Share
Share
Pin
Other links: https://awardworld.net/resources/