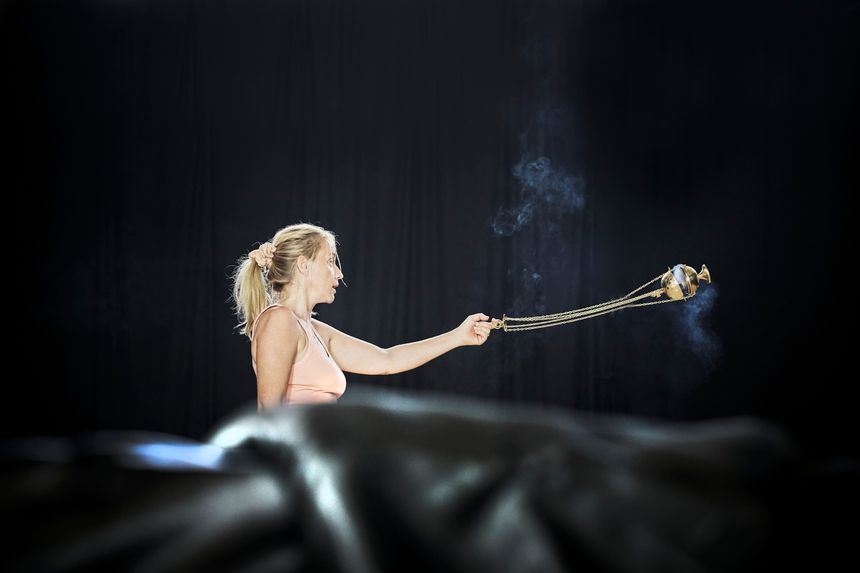 Ludivine Sagnier has toured with the greatest directors: Alain Resnais, three times François Ozon, Claude Chabrol, twice Christophe Honoré and, more recently, for the Japanese filmmaker Hirokazu Kore-eda (Palme d’or for “Une Affaire de family”, in 2018), which offers him some scenes in his first film shot in France, “La Vérité” (2019), with Catherine Deneuve and Juliette Binoche. More recently, she played alongside her eldest daughter, Bennie, in “La Ruche” (2020) adapted from the eponymous book by Arthur Loustalot, directed by Belgian filmmaker Christophe Hermans. At the last Venice Film Festival, Ludivine Sagnier received the Kino Award for her role in the “Lupin” series. She does not actually sulk the series, and will soon be on display in “The Serpent Queen” then “Benjamin Franklin” with Michael Douglas.

Committed to the reintegration of invisible people, such as incarcerated women, she set up the Fleury-Mérogis Film Festival in 2010, and is the artistic director of the “actor” section of the Kourtrajmé school, set up by the director Ladj Ly within the Kourtrajmé collective where his strong desire for transmission materializes.
Little present on the boards, his interpretation in the play “Nouveau Roman” (2012) by Christophe Honoré had not gone unnoticed. Entire in her roles, she currently appears in “Le Consentement” by Sébastien Davis.

While she is on stage in an adaptation of the book “Le consent” by Vanessa Springora, Ludivine Sagnier tells us about her job and her desires.

The show “Le Consentement” is currently on tour:
– From December 14 to 16 at Château Rouge, at the

Approved scene of Annemasse
– From 04 to 07 January in Lyon, at

Croix Rousse Theater
– From February 28 to March 1 in Paris, at

Sounds played during the show:

Ludivine Sagnier is the guest of Cultural Affairs