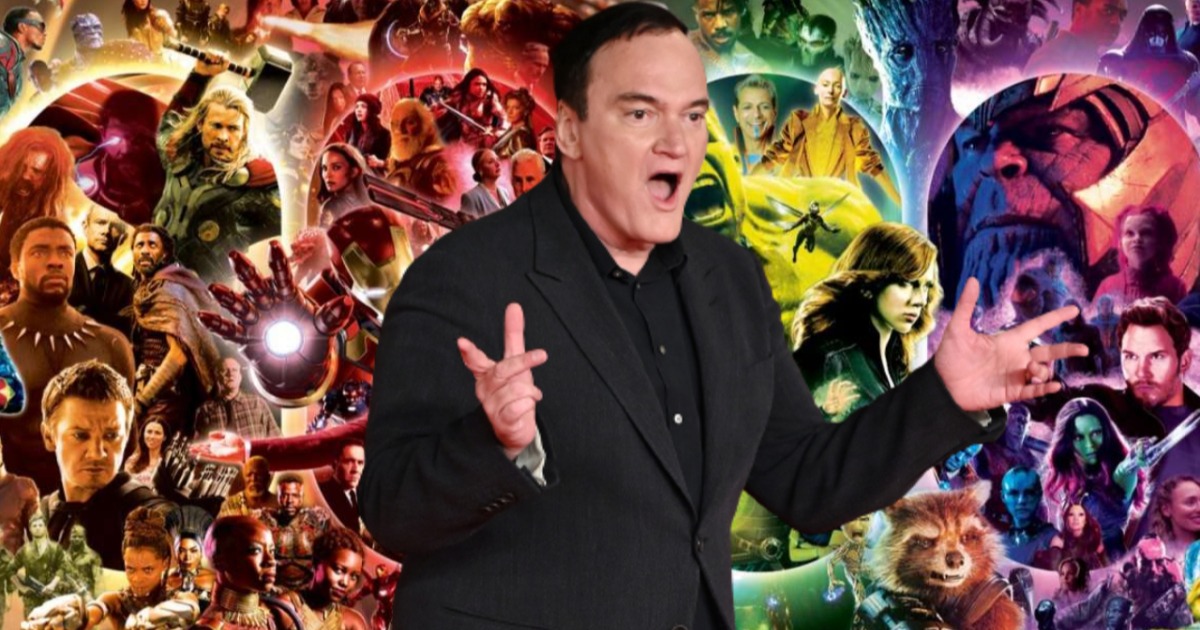 Quentin Tarantino recently said he saw no point in directing a Marvel Cinematic Universe (MCU) movie. The filmmaker recently returned to his statement. He has indeed specified that there is a particular Marvel character that he would have liked to bring to the screen.

Is it really necessary to introduce Quentin Tarantino? Now 59 years old, Quentin Tarantino really began his career in the early 1990s. In 1987 he directed his first film My best friend’s Birthday. An end-of-study work that is practically impossible to find today. While he then worked in a video club, he writes two screenplays which he successfully sells : true romance and Born Killers. With the money he collects he puts on a show Reservoir Dogs in 1992.

But the consecration comes two years later, when he won the Palme d’Or in 1994 for his incredible pulp Fiction. Then, he chained the successes: Jackie Brown, Kill Bill, Boulevard de la Mort, Inglourious Basterds, Django Unchained, Les Huits Bastards and finally Once Upon a time… in Hollywood in 2019. At the same time, the filmmaker is working on other productions such as co-director, producer or as screenwriter. This is for example the case on Bellhop Service (1995), one night in hell (1996), SinCity (2005), Planet Terror (2007) or even The man with the iron fist (2013). However, despite this already busy career, there is a genre that the filmmaker has never touched: the superhero movie.

Recently, Quentin Tarantino Said He’s Not Interested In The MCU. However, he later softened his words and would be willing to make a movie about a particular Marvel character. Interviewed by journalist Elvis Mitchell, on the occasion of the release of his book Cinema Speculation, Quentin Tarantino has said that he is highly unlikely to ever direct a Marvel movie. However, he made it clear that if he were to make this type of film, there is only one character that interests him. And unsurprisingly, it’s Nick Fury.

More specifically, he would like adapt the comics Nick Fury and the Howling Commandos, an iconic one-eyed soldier adventure. The presence of Samuel L Jackson as Nick Fury is most certainly an additional element that could push the filmmaker to take the plunge. Samuel L Jackson and Quentin Tarantino are indeed long-time friends who have collaborated together 6 times. Additionally, Quentin Tarantino seems to be interested in African-American superheroes since in the 1990s he attempted to produce a film centered on Luke Cage.

But the likelihood of Quentin Tarantino directing a superhero movie is close to zero. In a recent interview with the Los Angeles Times he said of Marvel movies that:

I am not an employee. I am not looking for a job.

Marvel: Quentin Tarantino reveals the character of the MCU on which he would like to direct a film, and we cross our fingers