Steven Soderbergh wouldn’t see himself directing a superhero movie because he doesn’t understand why they don’t fuck.

Under “Acclaimed director says something about superhero movies, the sequel will amaze you” (this time without Martin Scorsese and Tom Holland), here comes Steven Soderbergh.

If the director does not seem to have a problem with the superhero genre, which is not very familiar to him, unlike themes such as revenge, money or sex (Palme d’Or in 1989 in Cannes with Sex, lies and videos, his first movie), he would not see himself making a film like those of the Marvel stable. And there is a very precise and, to say the least, astonishing reason.

To the question of The Daily Beast “Have you been approached to direct a blockbuster?” he replied:

“Not really, and it’s not because I’m a snob, I don’t believe the superhero genre is inferior in any way. It’s just a matter of the universe that keep you busy when you’re telling a story. I’m too grounded to let myself go in a universe where Newton’s laws of physics don’t exist.

Plus, for most of these movies, I’m going to have a hard time understanding the world and how to write it or overseeing the writing of the script and the characters – if you can bend time into it or even defy gravity and draw laser beams with his fingers – there is no sex. Nobody fucks! And, I can’t tell people how to behave in a world where nobody fucks.” 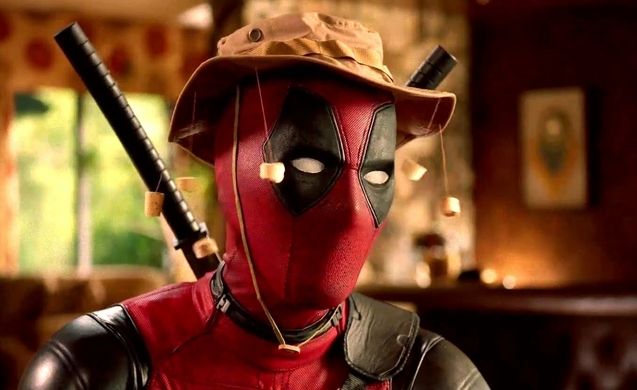 “However, I try to raise the average myself”

A criticism already formulated by Pedro Almodóvar at vulnerabilitywho was surprised to see “sterilized” superheroes, whose carnal relationships were relegated to the background in favor of the grand scheme of their adventures. The Spanish director thus believed that a form of self-censorship struck the authors of superhero films, and that in this sense, independent cinema allowed more lightness and uninhibited sex.

And if Tom Holland seemed to share this vision of the asexual superhero, believing that sex had no place in his iteration of Spider-Man, we can not say that the reflection is shared by all. Among them, Disney and then DC miracle worker James Gunn took to his Twitter account to show that yes, superheroes do fuck.

With all due respect, Steven Soderbergh, some people are fucking. pic.twitter.com/vPFQkXqLJJ

“With all due respect, Steven Soderbergh, there are people who fuck.”

And if James Gunn cites the works of Zack Snyder, Richard Donner or Chloe Zhao, he still seems to share Steven Soderbergh’s initial diagnosis, sex is not very present in comics, and this is a bit of a negation part of our identity as human beings. We’ll let you think about it while we go back to the social networks of Zack Snyder who likes images of Batman doing some not very Catholic things with Catwoman.

Marvel: Steven Soderbergh refuses to make a superhero movie because of sex