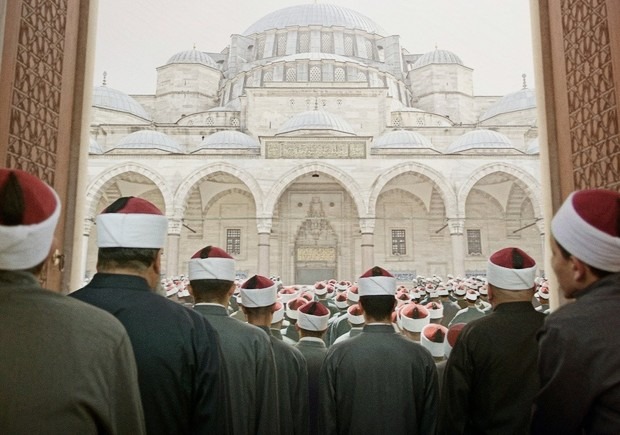 05/12/2022 – In the line-up, the film by Tarik Saleh, in the running for the Palme d’Or, but also Dominik Moll at Cannes Première, Kristoffer Borgli at Un Certain Regard and Charlotte Le Bon at La Quinzaine

Boy From Heaven by Tarik Saleh

Very regularly present in the most beautiful festival windows, the French sales company Memento International (directed by Emily Georges) will not deviate from its good habits at Film Market (from May 17 to 25) of the 75th Cannes film festivalwith four titles playing on the Croisette, including a contender for the 2002 Palme d’Or: Boy From Heaven from Swede of Egyptian origin Tarik Saleh. Interpreted in particular by Tawfeek Barhom and Fares Fares, the film centers on Adam, the son of a fisherman who is offered the great privilege of studying at Al-Azhar University in Cairo, the epicenter of Sunni Islamic power. Shortly after arriving in Cairo, the Grand Imam, the university’s most senior religious leader, suddenly dies. Adam then becomes a pawn in a ruthless power struggle between Egypt’s religious and political elite… The production was led by Sweden’s Atmo with co-production by France’s Memento Production and Arte France Cinéma, Finland’s Bufo and the Danes of Final Cut for Real.

The team of Mathieu Delaunay and D’Alexandre Moreau will sell two other feature films selected in the Official Selection: the Franco-Belgian co-production The night from 12 (The Night of the 12th) French Dominik Moll (article) which will be unveiled at Cannes Première and Sick Of Myself from Norwegian Kristoffer Borgli which will be unveiled at Un Certain Regard and which centers on Signe and Thomas who have an unhealthy and competitive relationship that takes a vicious turn when Thomas suddenly establishes himself as a contemporary artist. In response, Signe is desperately trying to regain his status by creating a new character for himself who seeks to attract attention and sympathy… This second feature by the filmmaker was piloted in production by Oslo Pictures and co-produced by Sweden’s Garage Film International and by Film i Väst.

The line-up is enriched by a title showcased at the Directors’ Fortnight: Falcon Lake of Charlotte LeBon. The Canadian actress’ directorial debut is an adaptation of the graphic novel A sister of Bastien Vives. This love and ghost story played by joseph Engel, Sara Montpetit and Monia Chokri was produced by Canada’s Metafilms and France’s Cinéfrance Studios and Onzecinq, and co-produced by Les Productions du Ch’timi.

Also noteworthy is a market first for Paloma of Marcelo Gomes (which associated in production Brazil and the Portuguese of Ukbar Filmes), but also the fanfare launch of the pre-sales of Empire that Bruno Dumont will shoot this summer with the cast Lily Rose Depp, Anamaria Vartolomei, Camille Cottin and Fabrice Luchini. The plot will take place on the Côte d’Opale, in the North of France. In the banal daily life of a fishing village, the Wain is born, offspring of Belzebuth, beast of the end of time. While the Knights of the Wain will ensure that he invades Earth for the worse, the Defenders of Good will have to foil their plans, even if it means rushing the world into an epic interplanetary fight that will decide the fate of the universe… A feature film piloted by Tessalit with co-production by Germany’s Red Balloon Film, Italy’s Ascent and Belgium’s Novak Prod.

Memento International bets on Boy From Heaven at Cannes