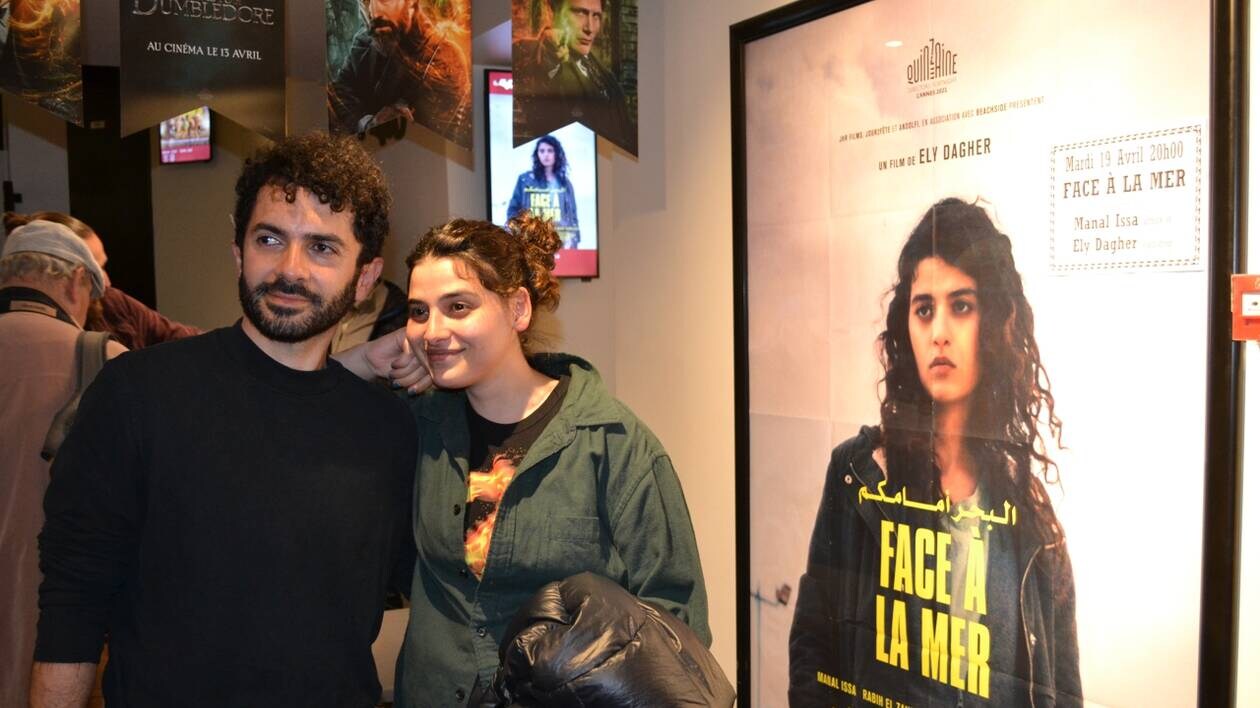 Playing Jana, back in her native Lebanon after two years in Paris, requires great sensitivity. The actress Manal Issa, now based in Angers but a citizen of the world, is not lacking in it and we feel that the role entrusted to her by Ely Dagher for her first feature film has not yet left her when we meeting, Tuesday, at the 400 Coups.

I played in eighteen films and each time after, I was a little depressed. After that, I was happy. And it was very happy on the set with Ely. And I did not apprehend my character as depressive. I played the void. Jana just needs a little understanding to interact with us. I make films to grow, not to amuse the gallery. And I understood a lot about myself. And why do we sometimes lock ourselves away​.

Each role and the very city of Beirut symbolizes a bloodless country. Jana’s parents no longer have a job and seem resigned; her boyfriend, a mechanic, gets drunk to forget; the entourage of the family does not offer any pleasing solution. And then Beirut, filmed with great grace, a silent city with abandoned buildings and which has abandoned its Mediterranean.

Shot before the port explosion of August 4, 2020, “Facing the Sea” evokes a future tsunami. Strange premonition but sort of integrated fatality for Ely Dagher: There have been many wars in Lebanon and the state of fear of catastrophe is permanent there. Everyone is lost, even those who have money because they don’t know what to do with it. There have nevertheless been 400,000 departures in two years for a country of five million inhabitants. All of my mother’s family left, before coming back, like me, who had left Lebanon at the age of 21. The question of uprooting then arises. The plan of life is destroyed. And it also says the grass isn’t always greener elsewhere..

In front of the sea is a film of silence and silence. It is up to the viewer to embrace this dark painting crossed by a few rays of light, often danced. A scene between Jana and her boyfriend concentrates all the states of being of the young woman, between stupefaction, deadly introspection and unbridled joy of the bodies. I don’t want to justify myself: I want people to have empathy for my charactergets carried away Ely Dagher. And, through it, for the Lebanese. We are tired of resilience. No more lying to each other when 70% of a population is on antidepressants​.

After winning the Palme d’or for short films at the 2015 Cannes Film Festival with Waves’98Ely Dagher will have taken six years to create his first feature film, between a first version of the script during the waste crisis in Beirut, a second in 2016, production in 2017 and the search for funding. I was told that my film was not Lebanese enough​.

We don’t know if “Face à la mer” is Lebanese, but its subjective and sensitive point of view tends towards universality. When personal grief joins collective depression, it’s already the apocalypse.

Movie theater. Lebanon: “Facing the sea”, a story of a bloodless country