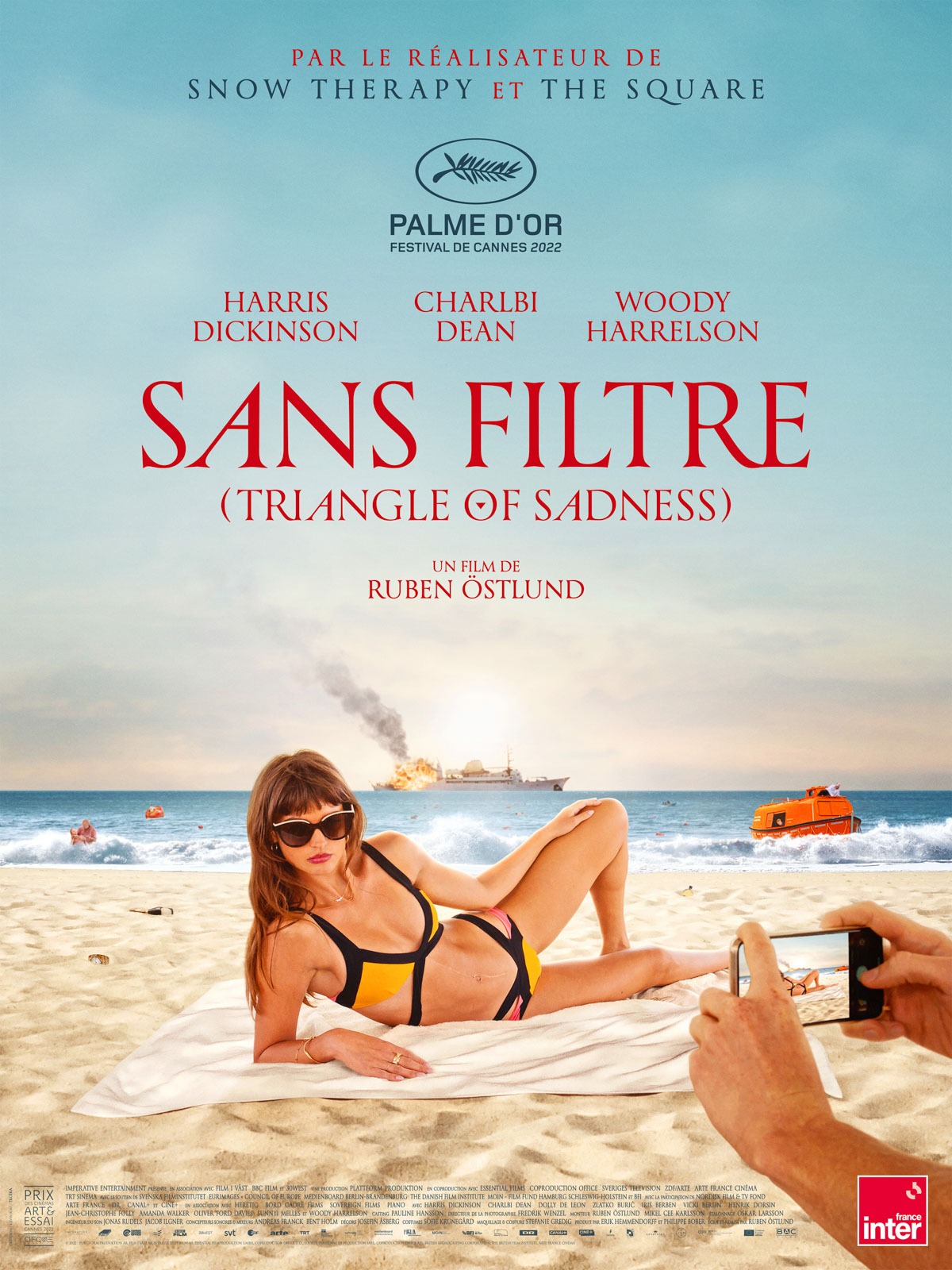 First publication on May 22, 2022, during the Cannes Film Festival.

Let’s take two films that speak to us about contemporary globalized society as it is going badly. Lucky coincidence, there were two yesterday presented in competition: Triangle of Sadness (French title: Without filter), by Ruben Östlund, and NMR, by Cristian Mungiu. It is a bit daring to compare them as they differ from all points of view.

The first is a squeaky prankin line with The Square (2017), Östlund’s previous opus which earned him a Palme d’Or. He especially has the rich in the viewfinder – but not only as we will see –, begins with a brief satire of the fashion world, continues on a yacht (genre “the fun cruise” which turns into a nightmare), and ends on a seemingly deserted island.

The second, from a director also palmed for 4 months, 3 weeks, 2 days (2007), is a drama which takes place in a village in Romania, where the only (bakery) factory that still drives the local economy is having problems recruiting locals. It must call on immigrant workers, in this case Sri Lankans. On the part of the villagers, the racist reactions are immediate. 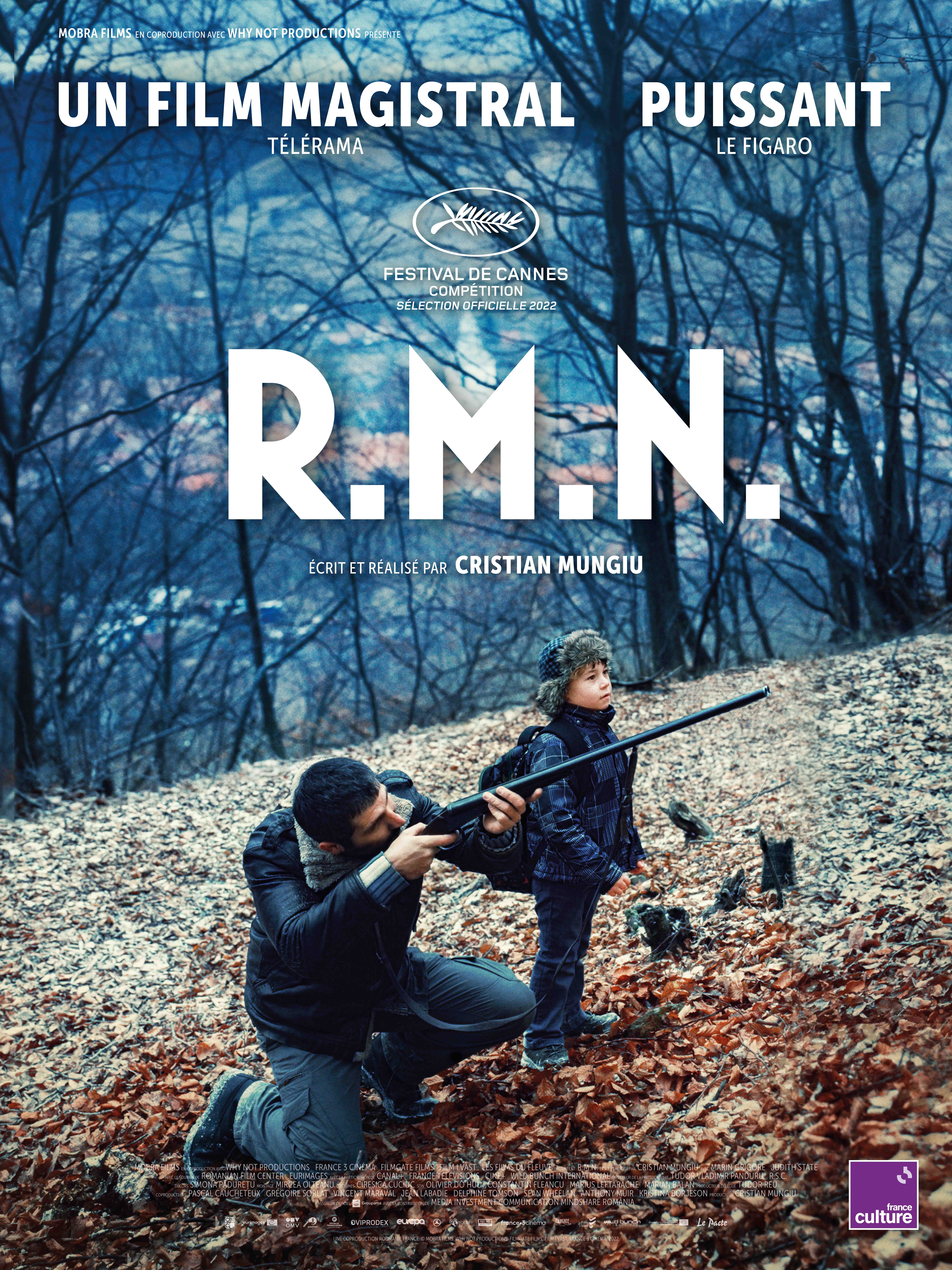 Two fundamentally different works, then. But whether it be through comedy (and the laughter was very much fed during the press screening I attended) or through that of the almost radiographic observation (RMN means, in French, IRM), a look at human behavior. From this look, one can judge the quality.

Without filter : a farce without subversion

At Östlund, number of human throughbut which have a specific character when they are the work of dominants, go through the mill: stinginess, selfishness, authoritarianism… In the form of punishment (which the filmmaker would administer to them), all will have a very bad quarter of an hour when a storm hits the cruise ship where they embarked, as the famous commander’s lunch, consisting of many dishes, is served.

Seasickness wins all these beautiful people. We then witness strong vomiting in all directions, when it is not diarrhea. While the incessant pitching eventually brings up crap from the toilets which spreads throughout the luxurious interiors of the yacht. The killing game is effective. But it remains harmless (after the rain comes the good weather), devoid of subversive chargeunlike the one worn, for example, by Feast (1973), by Marco Ferreri, where bourgeois decided not to stop eating until death ensued.

Especially since the true point of view of Rubin Östlund is revealed in the last part of Triangle of Sadness. Stranded on an island, the survivors of the boat, finally sunk by terrorists from the sea (whose black skin can be seen), find themselves dependent for their survival on an employee of the cruise, an immigrant cleaning lady, who knows how to fish, make a fire… In short, an essential worker. It is she who now has the power and imposes her wishes. But the filmmaker transforms his Saturnalia into social revenge of dubious taste, where the poor are decidedly always the only ones to commit the worst.

There are practically only poor people in NMRwith whom it would be difficult to find a class consciousness. The village community filmed by Cristian Mungiu is in fact deeply divided, shaped by identity oppositions. We claim national pride while bracing ourselves on our minority affiliation (Hungarian, German, etc.), lexical and religious. Minorities are legion in Romania.

However, ranks close as soon as the Other is considered undesirable. The villagers pride themselves on having chased the Gypsies from their territory. The arrival of Sri Lankans again creates a common cement.

Mungiu doesn’t just make a film about a collective of backward racists. He takes his time to pose all the data of the problem. From where a narrative which settles little by little, with for common thread a character having all the anti-hero: brutal with his son whom he loves, primary with the two women counting for him, preferring to remain in the background when it is necessary to express oneself on the presence of immigrant workers. A passive witness more than an actor, everywhere unsuitable, who also allows the filmmaker never to be tempted by overhead position (which does not embarrass Östlund).

RMN, a harsh film, which probes into the foundations of the reasons for a tragic situation

The social tensions are not excluded from the vision developed here, which is rich in welcome complexity. Many men have gone abroad to find a job that no longer exists at home, or is paid dirt cheap. This is the case of the bakery factory, which offers too low salaries.

NMR : a feature film that takes the time to pose the data of the problem of racism. (Photo: Mobra Films/Why Not Productions.)

These various contradictions and frustrations find their representation in a phenomenal sequence, emblem of an always penetrating mise-en-scène in Mungiu. Filmed with a fixed camera and the time of a sequence shot lasting at least fifteen minutes, a heated debate on the fate to be reserved for the Sri Lankans sees the opposition of the xenophobic villagers, alongside whom the priest of the parish sided, and the management of the factory and some of its employees, whose motivations diverge, but who defend the right of Sri Lankans to work among them.

If the worst racist fantasies are launched there, in particular on the hygiene of these foreigners who put their hand in the bread dough, inevitably “Muslims”certain factual features heard are less irrefutable (on what the European Union imposes in economic terms on Romania, for example).

So two looks: one puts the laughers on his side but turns out to be unsympathetic, it’s Triangle of Sadness. The other, harsh, probes into the foundations of the reasons for a tragic situation. This is NMRwhose gaze extends well beyond the borders of Romania.

“NMR” and “Without filter”: two views on human shortcomings