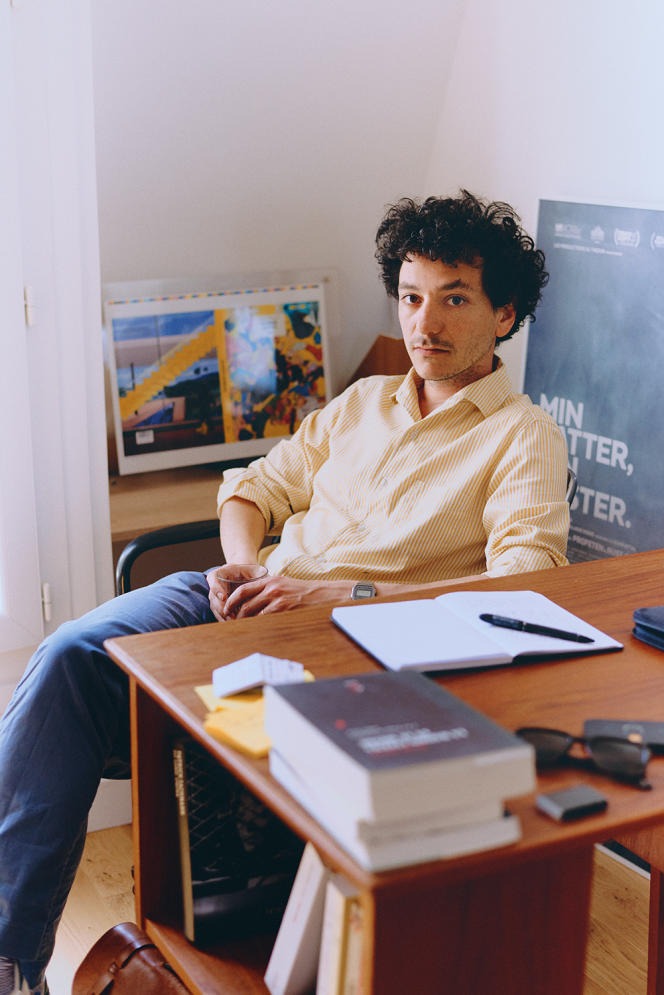 During the first season of “Parliament”, his comedy series at the heart of the European institutions, Noé Debré offered a small role to Daniel Cohn-Bendit, who refused. He also contacted the Danish Margrethe Vestager, the European commissioner for competition, known for her showdown with the GAFA (Google, Apple, Facebook, Amazon), who hesitated, then declined. For the second season, broadcast, like the first, on the online platform of France Télévisions, the creator of the series, Noé Debré, had thought of the President of the Commission, Ursula von der Leyen. But the production was reluctant.

No problem, however, for Clément Beaune, 40, the French Secretary of State for European Affairs. “The idea of ​​having a young political figure made us laugh,” says the screenwriter. In episodes 7 and 9, the macronist put himself in the shoes of a ruthless minister “not so friendly” in the midst of political negotiations. On set, Clément Beaune was visibly delighted with his few takes.

From thriller to comedy

He is not the only one: 2.4 million people have already followed the first season on the online platform of France Télévisions, the story of the baptism of fire of Samy, a young parliamentary assistant immersed in the heavy machinery institutional. The young employee chooses to defend an amendment prohibiting the finning, or the cutting of shark fins. A comical political showdown rebroadcast on France 5 from May 9, when the second season goes online.

“In France, politics is usually treated in a cynical or dramatic way, so he wanted to do something new, with humor. »Thomas Bidegain, screenwriter

A success for Noé Debré, 36, who made a name for himself in the cinema, writing for Kourtrajmé’s band – La Crème de la crème, by Kim Chapiron (2014), and, later, The world is yours by Romain Gavras (2018) – or for Jacques Audiard with whom he worked on Dheepan, the story of a Tamil veteran, Palme d’or at the Cannes Film Festival in 2015. His name is circulating, Michel Hazanavicius calls on him, but also the Oscar-winning director Tom McCarthy who hires him for the script of Stillwater (2021), a thriller between Oklahoma and Marseille, with Matt Damon and Camille Cottin. But Noé Debré remains attracted to comedy.

Especially when the plot is political. Inspired by Yes Minister, the British sitcom of the early 1980s, or the more recent satires of Armando Iannucci, the screenwriter would also like to import the “office comedy”, way The Office Where The Thick of It (At the heart of the action). After studying classics and cinema, Noé Debré trained as a screenwriter, a ” craft “, from the end of the 2000s, with Thomas Bidegain, the author ofa prophet (2009), by Jacques Audiard. “In France, politics is usually treated in a cynical or dramatic way, so he wanted to do something new, with humor”, says Thomas Bidegain about his apprentice.

You have 38.53% of this article left to read. The following is for subscribers only.

Noé Debré, the party to laugh with “Parliament”