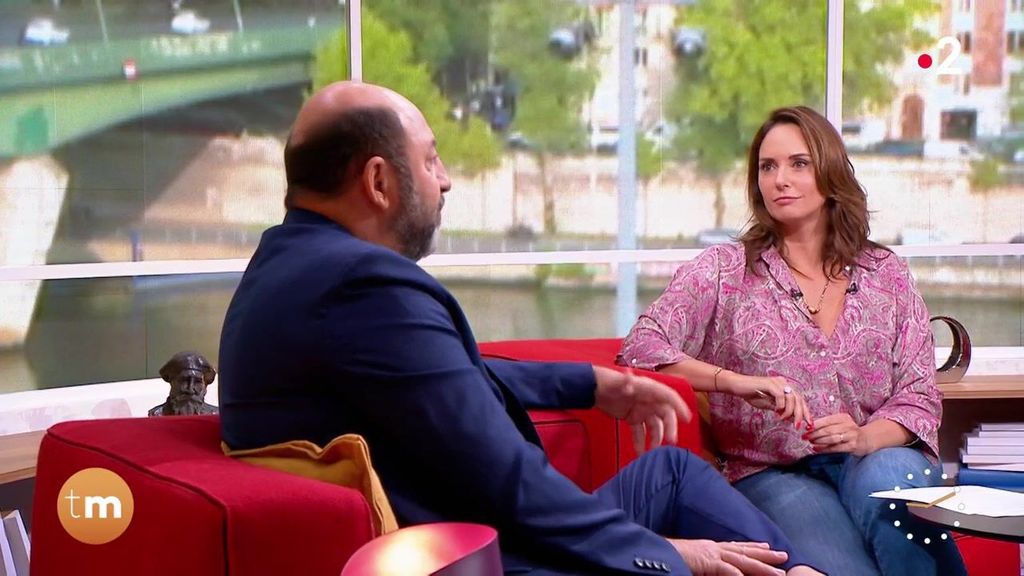 This Wednesday, Kad Merad was invited on the set of Télématin to promote his new film, Honorary Citizen. He was received by the journalist Julia Vignali … who is none other than his companion. A little troubled, the actor then tried to feign a certain detachment, without success.

When work and feelings mingle. This Wednesday, when Kad Merad was received on the set of Télématin to promote his latest film, Honorary Citizen, he found himself face to face with his companion, Julia Vignali, who co-hosts the show since August 2021 with Thomas Sotto. From the outset, the latter wanted to break the ice on the ambiguity of the situation by proposing a very simple approach. “As we talk to each other in real life, – even if everyone is going to do their job -, I suggest you talk to you. How are you?“, launches Julia Vignali to Kad Merad. And the latter, to answer bluntly: “OK my love“. For the sake of professionalism, probably, the actor then began to answer questions without addressing a glance to his companion, focusing his attention on Thomas Sotto. After a few minutes, having probably sensed his biased attitude, Kad Merad then launched to Julia Vignali: “I’m also going to watch you a little because I watch Thomas a lot!” before adding, disturbed: “When I look at Julia, I feel like I’m at home.“A remark that amused the main interested party a lot.”It’s normal, all this is not obvious!“, she replied, not without some embarrassment.

This is not the first time that the couple have found themselves together on the set of Télématin. Indeed, on January 3, Julia Vignali had already received Kad Merad in the studios of France 2. “I didn’t regret it at all“, explained the journalist afterwards. “In this show, I receive everyone, so why would it be everyone, except him?” For Julia Vignali, it is necessary to give equal treatment to all her guests. “He came, like all artists, to promote and I wanted him to be received as all artists deserve“, she had declared on the set of Children of TV before specifying: “I didn’t want our story and our love to take precedence over the artist he is“For his part, Kad Merad, as usual, couldn’t help but joke about this unusual configuration.”We could have done the show at home, that would have suited me. That way I wouldn’t have to get up so early“, he had launched to his companion that day.

Julia Vignali and Kad Merad
Kad Merad and his companion Julia Vignali, during the closing ceremony of the 12th edition of the Lumière Film Festival in Lyon, from October 10 to 18, 2020. This year, the festival pays tribute to Belgian filmmakers Jean-Pierre and Luc Dardenne , double winners of the Palme d’Or. Lyon, October 16, 2020. © Sandrine Thesillat / Panoramic / Bestimage

“OK my love”: Kad Merad troubled by his companion Julia Vignali in Télématin