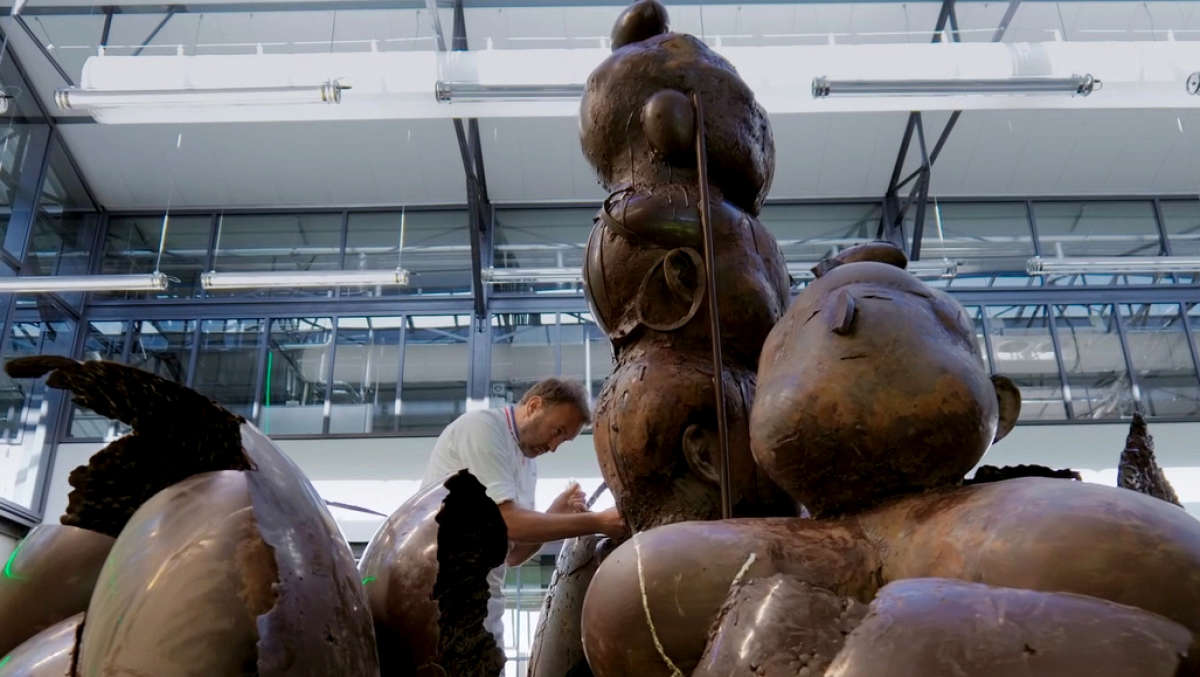 “La Folle Aventure du chocolat”, a tasty documentary broadcast on France 5 this Tuesday, December 20, enriches our imminent tastings of truffles and papillotes with a few grams of knowledge… To your taste buds!

Between great history and big business, small manufacturing secrets and small consumer habits, Stéphane Bergouhnioux, already author of the documentary series With full teeth! with Gérard Depardieu, details in all its facets the planetary fever for the cocoa pod. The opportunity to dissect with this lover of good bars five things that you (perhaps) did not know about chocolate.

Read our review: The Crazy Adventure of Chocolate

“Like Mickey or Tintin, chocolate has become a real pop culture character, present in contemporary art, television or cinema”, notes Stéphane Bergouhnioux. A popular addiction that bursts the screen in Charlie and the chocolate factory, the delicious adaptation by Tim Burton of the novel by Roald Dahl with a Johnny Depp in psychedelic Willy Wonka.

But before that, from the court of Versailles to Marcel Duchamp and his chocolate grinder, gourmet derivatives of theobromine – the molecule contained in the beans of the cocoa tree – also made the painters salivate a lot. Degas (Breakfast after the bath), Renoir (The Chocolate Cup) or Sonia Delaunay and her Chocolate in polychrome letters, all have dipped their brushes in the cocoa-colored pigment. “It is even said that Duchamp would have finished one of his paintings with chocolate bars because he only had that on hand”, slips the director.

A subject of inspiration but also a tool for creation: this brown and sweet gold has given rise to truly edible works of art, such as these paintings by Klimt or Pollock reinterpreted with cocoa paste and presented at the Salon du chocolat . Up to the monumental creations of goldsmith Patrick Roger, Meilleur Ouvrier de France chocolate maker as well as inspired bronze sculptor, who breaks down the boundaries between plastic art and pastry.

Chocolate, the inspiration of modern marketing

“Nine out of ten people love chocolate, and the last one lies”, says a saying. “Chocolate touches everyone, from children to the elderly, summary Stephane Bergouhnioux. It is undoubtedly the only product that can be consumed from birth to death. We are immersed in chocolate throughout our existence. » Eminently unifying, the little chewable square. A golden product for advertisers. It was also with him that modern marketing was invented.

“Chocolate, until then reserved for an elite, spread quite widely from the industrial revolution, with the creation of large factories, Menier in France, Cadbury in Great Britain, Hershey’s in the United States. » Manufacturers who, from the 19th century, had the idea of ​​using the image of toddlers to sell their tablets. “To sell their mass production, manufacturers have created a new form of communication. And children, who until then did not eat chocolate, have become a privileged target. »

In terms of merchandising, these sweet makers have also been very imaginative. With their metal tins intended to keep sweets, but above all their famous collectible images which made up magnificent illustrated albums… at the same time that they irresistibly encouraged consumption. As for tablet cases, with constantly renewed graphics, their relics are snapped up today at exorbitant prices, with some collectors even owning hundreds of thousands of these packaging.

With the industrial revolution came powerful industries entirely dedicated to cocoa. Menier, Cadbury or Hershey’s then experienced such a boom that they created entire towns around their activity. “In a mixture of capitalism, paternalism and Fourier-style utopia, workers’ estates were born with houses and gardens, shops, where workers could continue to live after their retirement”, says Stéphane Bergouhnioux.

In Noisiel, in the suburbs of Paris, Menier thus erected a new city around his factory, whose inhabitants were called ” chocolates “. In the United States, Hershey’s, the country’s leading manufacturer, is building a chocolate town in his name, in Pennsylvania. Today deindustrialized, this city of fourteen thousand inhabitants has become an amusement park on the theme… of chocolate. It attracts more than three million visitors each year.

Chocolate, a weapon of war

Known for its fortifying virtues and its antidepressant effects, chocolate was slipped into the haversacks of American soldiers from the First World War. And, in 1944, GIs sent to Europe carried Hershey’s vitamin-enriched tablets in their packs – which also allowed manufacturers to keep their factories running during the war. “Even today, in many countries, the cocoa bar is part of the ration of soldiers, says Stéphane Bergouhnioux. We have found solutions so that the chocolate given to the troops melts less easily, at a higher temperature. And we also reinforced the bitterness a bit, because the soldiers tended to eat it right away, like a delicacy…”

Synonymous with pleasure and comfort, chocolate was one of the products distributed in France and Italy by the liberating Americans, like chewing gum or Coca-Cola. “These sweet pleasures, which had been lacking during the years of scarcity, were a kind of proof that everything was now going to be better. » During the Cold War, an American pilot, nicknamed “the flying chocolate » spread tablets and sweets by air in the countries of the Soviet bloc to prove to the inhabitants that life was more pleasant in the West. The art of transforming gluttony into a propaganda weapon.

If chocolate is today a globally shared addiction, everyone has their own local particularities. Belgians are proud of their pralines, those thick bites filled with cream; the Swiss swear by chocolate “with the good milk of the mountain pastures” ; the English love mint sweets; the Italians invented gianduja enriched with hazelnuts; and the Spaniards have remained faithful to the original drinking chocolate, which they accompany with churros. The French, cultivating the cultural exception even in gluttony, are them 30% to crack for the black – when the rest of the planet runs very mainly on milk.

But the prize for chocolate mania undoubtedly goes to the Japanese who have a mad passion for KitKat bars. More than three hundred varieties of the brand marketed by Nestlé are now sold in the archipelago. Taste matcha tea, sweet tofu with almonds, soy sauce, sushi, wasabi or pizza, and even a version covered in gold leaf. It is also a tradition to offer a chocolate bar to students during the exam period to wish them good luck. The name KitKat evoking the expression kitokatsu which means in Japanese “good luck, do your best”…

To have
r The Mad Chocolate Adventure, Tuesday, December 20, 9 p.m. On France 5.

On France 5, five things you (perhaps) didn’t know about chocolate