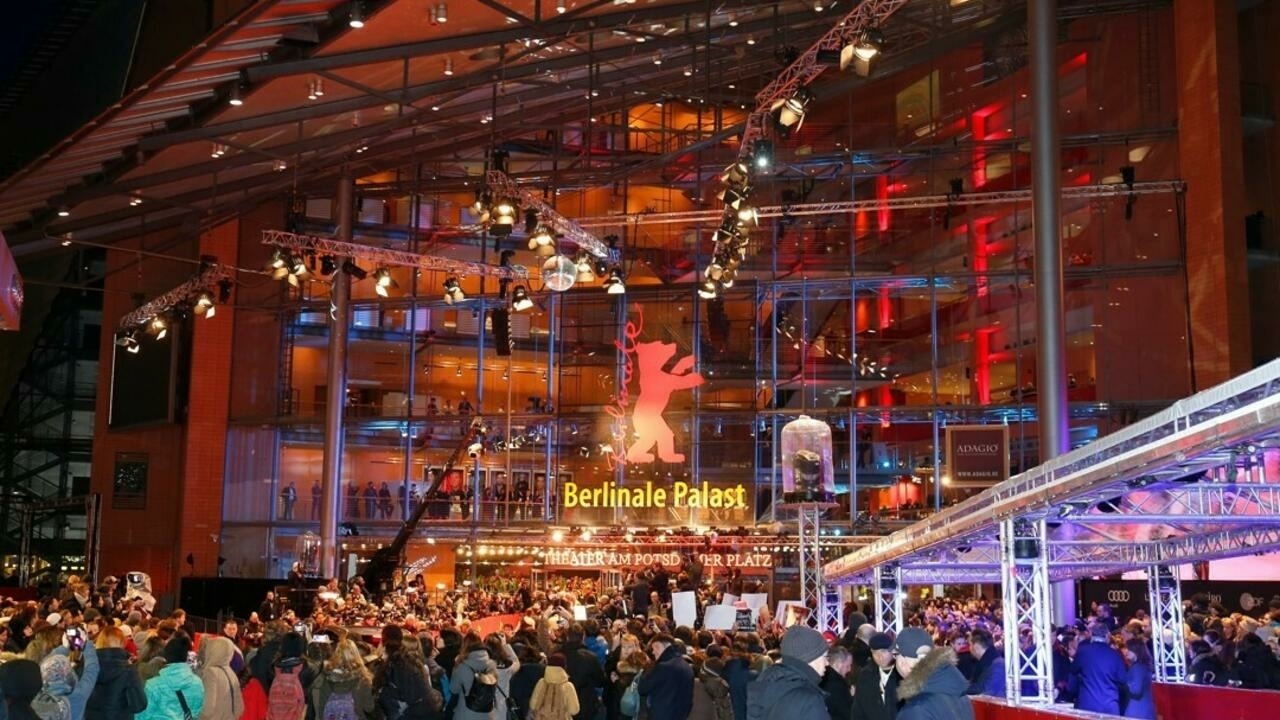 The 72nd Berlinale opens its doors this Thursday, February 10 with pride and a certain excitement. Festival-goers, even vaccinated, will be tested every 24 hours. ” It was important to come back to a face-to-face festival “says Carlo Chatrian, artistic director of the Berlin International Film Festival. Eighteen feature films, including four French, are in the running for the Golden Bear. As for the presence of African films, he assures: “ We took steps forward. ” Interview.

RFI : peter von kant, a free adaptation of Rainer Werner Fassbinder directed by François Ozon, with Denis Ménochet, Isabelle Adjani and Hanna Schygulla, opens the ball this evening for this 72 edition. The Berlinale is this year the first major film festival in the world in face-to-face mode. A courage hailed by the film industry, but others already fear a “ Omicron Festival “. What is special about your concept allowing the Berlinale to take place face-to-face ?

Carlo Chatrian : In this time of pandemic, there are very few certainties. We have implemented a protocol that aims to minimize risk, but zero risk does not exist. On the other hand, for us, it was important to return to a face-to-face festival. Not only because it’s part of the Berlinale’s DNA and its very strong relationship with the city and its inhabitants, but also because the experience of the hall is something that is being lost. From a cultural, but also an artistic and social point of view, the cinema – that is to say, sharing an emotional and cultural experience together – has an inescapable value.

18 films are in the running for the Golden Bear, including twelve feature films from Europe, but only one from the United States (Call Janeby Phyllis Nagy) and very few from Asia, including the Chinese film Return to Dust, by Li Ruijun. Has the Covid epidemic changed or even shrunk the map of world cinema? ?

I will not tell. Afterwards, in the 21st century, a film, like that of Rithy Panh, can sometimes have, from the point of view of production, French nationality, but from the point of view of creation, it is totally Cambodian, therefore from Asia. There is also the Indonesian film girlby Kamila Andini, and The Novelist’s Film, by South Korean director Hong Sangsoo. Of course, this year, the European presence is stronger, even if it was always very strong. This is somewhat the consequence of the pandemic, but it is also the consequence of an evolution in annual production.

Among the stars of the highly anticipated films in competition are Hanna Schygula, Sigourney Weaver, Kate Mara, Charlotte Gainsbourg… Will they be on the Berlinale red carpet? ?

Some of them probably will be. Some others not, because of the difficulties of long trips in this pandemic time. In general, the Berlinale 2022 will be a festival with a lot of actors, actresses, directors and directors who accompany their film. In the competition, we had confirmation from all the directors, except the Chinese production which had problems not really related to the Covid, but a travel problem. He should stay a month in Germany before he can return. So it was too complicated for them. Otherwise, all films will be accompanied. Maybe a little less than usual, but that’s understandable.

Four films in the main competition come from France (Claire Denis, Rithy Panh, Mikhaël Hers, François Ozon). Is France currently the country of reference for auteur cinema in the world? ?

French cinema has always occupied a very important place in the context of independent cinema. It is perhaps the country that does the most co-productions in the world. It has a very strong industry. After that, it also depends on the years. Last year we had five German films and two French films. This year, we have four French and two German films. In my first year as artistic director, there were three Italian films. But I am delighted to have been able to invite films as powerful and emotionally strong as that of Mikhaël Hers, Claire Denis and many others, because there are four French films, but also quite a few co-productions, for example the movie One year, one night (Spain, France), by Isaki LaCuesta, or Line (Switzerland, France, Belgium), by Ursula Meier. These are films with a French side.

African films are presented in competitions and parallel sections, but do not compete for the Golden Bear. What is for you the importance of African cinema for this Berlinale 2022 ?

If we compare the African presence this year with that of the year before and that of two years ago, we have taken steps forward. It’s true, there is not yet an African film in international competition. On the other hand, there is one in the “Encounter” competition and there are three in the “Panorama” section. Above all, what I like are productions that come from countries whose filmographies we don’t really know: Rwanda, the Central African Republic, South Sudan, Kenya… So the world map is widening, which is Good. Let’s hope there is a return of African cinema, because it’s something we miss.

► Read also : Unesco, Netflix and the great challenge of the film industry in Africa

At the Cannes Film Festival, every year there is a big controversy around why Netflix films are not admitted to the competition for the Palme d’Or. What is the view of the Berlinale? Do you consider Netflix and the other streaming platforms as partners or rather as competitors or even a danger for the cinema ?

I think that Cannes also considers them as partners. Afterwards, each festival has rules and regulations. Last year we had a Netflix movie in competition, A Cop Movieby Mexican director Alonso Ruizpalazios. [En 2019, encore sous la direction artistique de Dieter Kosslick, Elisa y Marcela, d’Isabel Coixet, était le premier film financé par Netflix en lice pour l’Ours d’or. La Mostra de Venise avait décerné le Lion d’or 2018 à Roma, NDLR]. For us, it is important. The question is: what can we do to help the film along its path? If a film needs the festival to make its voice heard or to make the filmmaker’s voice known, to find markets, then we give it the space. We have a rather lively exchange with Netflix, as with Amazon or Apple. Afterwards, we cannot deny that these platforms use cinemas and cinematographic forms in a secondary way. Rather, they are aimed at a different kind of experience. Perhaps for this reason, they are less present in festivals than in the collective imagination.

Beyond the Covid epidemic, the film industry is currently also facing the challenge of climate change. In the future, should films be produced differently and festivals organized differently? ? For example, with a mandatory carbon footprint for each film and each festival ?

I think we’ve taken a lot of steps in that direction. We, in Berlin, as in other festivals, we measure the CO2 emissions that we produce and we try to compensate for them. We are careful and it is essential for the planet on which we live and on which we make films and festivals. We don’t want to destroy it. At the same time, I think that doing an event like in Berlin commits carbon emissions, commits a certain number of human and economic resources. The goal is to use all these resources to create different sensitivities. I think that films help citizens to better understand the issues of the world in which we live, including the climate change that is before our eyes.

Opening of the Berlinale 2022: “Zero risk does not exist”