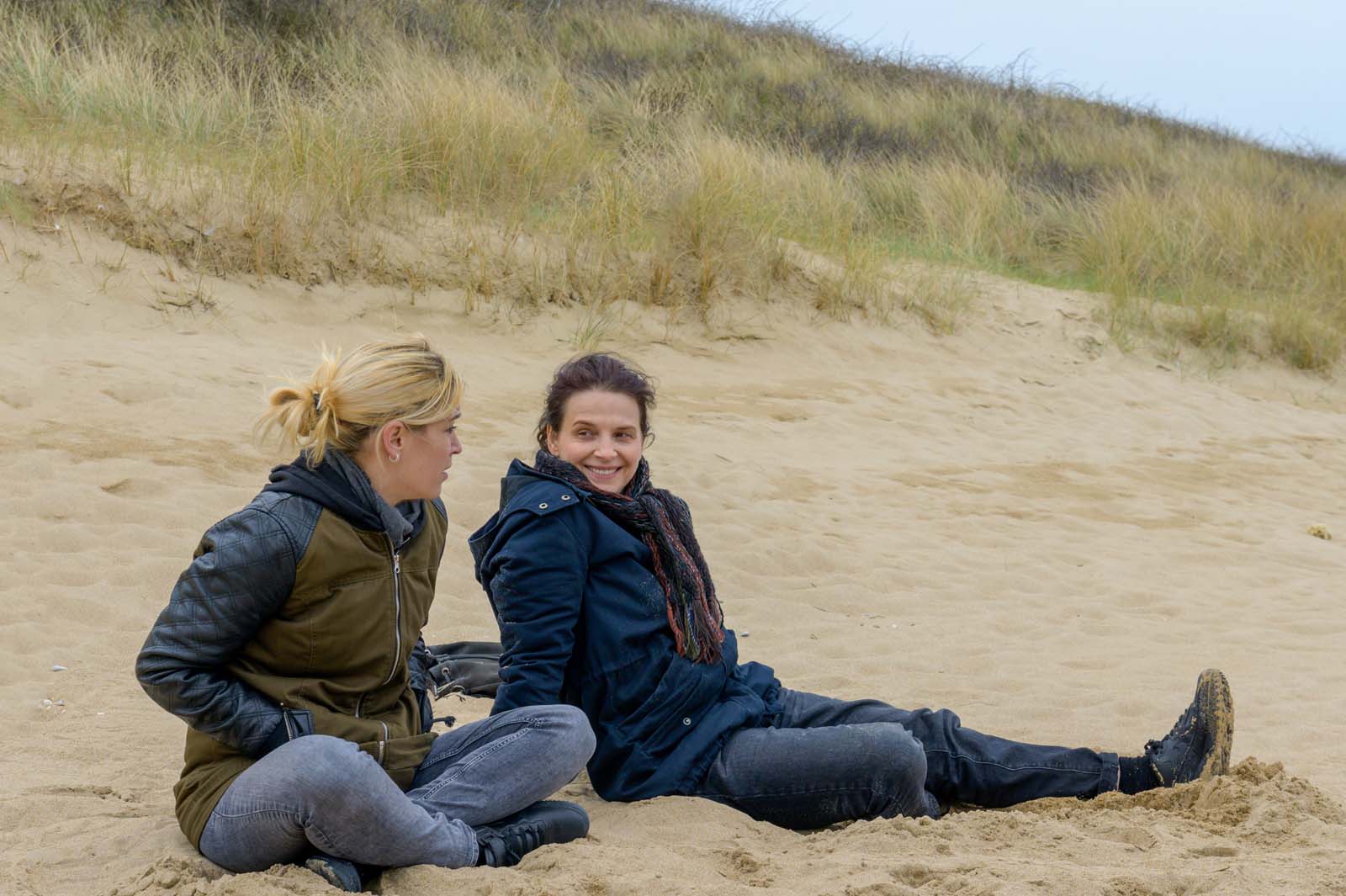 New generation scream, a pure cinema experience or even the adaptation of Florence Aubenas’ bestseller… The editorial staff has selected the new films not to be missed this week.

Cult filmmaker, the Thai Apichatpong Weerasethakul (2010 gold palm for Uncle Boonmee, the one who remembers his past lives) moves away from his country (in the grip of censorship) for Bogota and immerses the Scottish actress Tilda Swinton in the enigmatic role of a woman who goes in search of a sound heard in a dream. Deep in the Colombian jungle, Jessica gets lost, meets a fisherman and rediscovers inner harmony in a film in the form of a waking sound dream that teaches us again to vibrate in the face of the beauty of the world and to decipher dreams like break-ins in the real. A dazzling and pure cinema experience. –J.G.

He describes his film as “a journey towards the light”. Chadian filmmaker based in Paris, to whom we owe several masterpieces of African cinema (Daratt, a dry season in 2006, A screaming man in 2010), Mahamat-Saleh Haroun stages an everyday heroine through the portrait of Amina (the revelation Achouackh Abakar Souleymane), a craftswoman from the suburbs of N’Djamena whose destiny changes when her daughter faces a pregnancy unwanted. Never demonstrative (the street and renaissance scenes are deeply cinematographic), the film describes the ordeals of the two women in an emancipatory fight where the “sacred bond” would be the sorority set up as a liberating principle. “To write this story, I was inspired by the stories I hear in my mother’s backyard, stories of women, workers, ostracized from society and who manage to overcome tragedy and overcome taboos thanks to tenderness. It is this feeling that makes community.” A great film on the emancipatory and political role of cinema, here or elsewhere. –J.G.

In 2018, the room Farewell Mr. Haffmann by Jean-Pierre Daguerre wins 4 Molières. No wonder the cinema monopolizes it and in particular Fred Cavayé who adapts it with Daniel Auteuil and Gilles Lellouche. The first plays Joseph Haffmann, a Jewish jeweler forced, in occupied Paris in 1942, to move his family away and hide in the cellar of his shop to escape the raids. The second interprets his employee, François Mercier, to whom Haffmann has entrusted the keys to his jewelry, who will slowly slide towards collaboration and who, out of frustration or jealousy, will start by hiding his boss to then kidnap him and exercise an odious blackmail.

“What I liked, says Daniel Auteuil, this is the thriller side of the story. My character wanted to save his wife and children and then finds himself unable to protect them. How I built it? Like a pressure cooker, like someone boiling. I boiled! It was intense acting fun. We don’t have the opportunity to end up with such great roles so often.” The backbone of the film is based on the hierarchy which is reversed between the two men and on the increasingly tense evolution of their relationship. For this to work, the two actors had to be in tune. “Gilles Lellouche is the actor who has one of the most extensive palettes of his generation. We wanted to meet. We played together like two musicians playing the same score, without premeditating anything. I don’t prepare much. If I start preparing and all of a sudden the director comes up with another idea, I’m screwed! So I let myself be surprised.–ER

Eleven years after the fourth installment, Ghostface is back. But for fans, there are plenty of reasons to worry. If the franchise more or less holds the road over the episodes, thanks to its meta universe which allows more madness, this Scream (5), which advances masked (no pun intended), is particular.

First, this is the first episode without Wes Craven behind the camera. The master of horror having died in 2015, it is now a duo, Matt Bettinelli-Olpin and Tyler Gillett, who have the difficult task of reviving the franchise. Secondly, Kevin Williamson and Ehren Kruger do not sign the scenario, they who knew the characters and the universe inside out. This time, make way for James Vanderbilt (screenwriter of Zodiac, sorry) and Guy Busick, who must both satisfy fans and attract a new audience.

Finally, if the original cast (Neve Campbell, Courteney Cox and David Arquette) is present, it is set back to make room for a new generation. But, to our great surprise, what could have been a disaster is actually the real strength of this fifth installment. Because who says Scream, also says Stab, the film franchise in the film based on the events of the first installment and inspired by a book written by one of the characters (meta, we tell you).

And it is this bond with Stab that allows both the writers and the new characters to make fun of the saga, but also to cry out their love for him. Despite the 26 years that separate the first and this new episode, scream 5 is a clever, surprising, very violent and strangely moving homecoming. Where, through certain dialogues, Wes Craven cried out his love for the horror cinema that he was particularly fond of (and to which he contributed very largely), Matt Bettinelli-Olpin and Tyler Gillett cry out their love to Wes Craven, and to the so-called slasher genre, which disappeared from our screens a few years ago. Jordan Peele, and his cerebral horror cinema, takes it (kindly) for his rank.

In the end, while it could have been one episode too many, this new generation Scream stands out as the best episode since the original, no more and no less. A real tour de force that rewards fans for their loyalty. And which brings enough good ideas to justify a possible Scream 6. We cross fingers. – AM

Inspired by the story of Florence Aubenas (Ouistreham wharf), Emmanuel Carrère’s film cautiously breaks away from it by fictionalising it. If through Marianne Winckler (Juliette Binoche), a famous author who steps into the shoes of a job seeker, the film denounces like the book the curses of precarious work, it dramatizes the links between Marianne and her colleague Christèle (fantastic Hélène Lambert almost in his own role). From this risky enterprise, Carrère draws a bitter film on the daily life of cleaning workers: humiliating training, chain cleaning of toilets, handling of too heavy scrubber driers, insults from small bosses calling them “cretins”, “marries- sluts”… It becomes even more unbearable when Marianne starts cleaning the Caen-Ouistreham ferry before dawn. In this moving maritime space, symbolic of contemporary distress (migrants are in the background), she nonetheless forges strong and sometimes even joyful relationships with her comrades.

It is in this choral portrait that the film touches the most, revealing real everyday heroines: Christèle, Justine and Nadège, the forewoman who closes the film by discovering Marianne’s book: “what you wrote is the truth”. A sentence with a particular echo when you know the relationship that the writer Carrère maintains with reality and fiction. A sentence that also forms a loop after the “Sometimes I lie”, confessed at the beginning of the film by Marianne to Cédric met at Pôle emploi. But the writer’s double game undoubtedly harms the viewer’s empathy, unlike the recent series maid, adaptation on Netflix of the memoirs of Stéphanie Land, a young mother who became a cleaning lady to survive in poor America. –J.G.

children of the sun

Presented at the 2020 Venice Film Festival and dedicated to “the 152 million children exploited in the world”, Majid Majidi’s film follows a trio of street children from Tehran (including the fantastic Rouhollah Zamani, Marcello Mastroianni Prize) who decide to enroll in a school to discover a hidden treasure. We look at this adventure story for young people as a kind of Iranian Tom Sawyer who crosses paths with a young Afghan refugee and discovers above all, despite a few “tricks” in the scenario that are a little supported, his own genius. Joyful. –J.G.

Ouistreham, Scream… Cinema outings not to be missed