MOVIE THEATER That’s it… It’s over for this year… Retro Movies packs up its reels, its projector, its big screen but keeps a memorable memory of this first festival of 16mm film screenings.

Unheard of here in Nant and in the surrounding areas! Both on the number of moviegoers (614 in total!) who came to gorge themselves on images and dialogues reminiscent of the good old days of cinema on “pelloche” and on the waves of emotion that took hold of the team…
Laughter, good humor, professionalism, complicity and also anguish when “Monsieur” the unwinder breaks down and therefore decides that Monsieur Olivier will rewind manually, as the film unfolds! Imagine a one and a half hour film whose film generously liquefies at the feet of the projectionist! That makes it meters and meters of film on the ground, tangling the scenes with each other, drawing a monstrous tangle of images. But nothing stops this super-team, more than motivated to share their cinematographic passion. Even the microphone which stood out with its voltage drops (or even its microcuts!) did not interrupt anyone’s speech.

From the 4th to the 14th it will have been nothing but shared happiness. Every two days, a different film and a growing audience. Word of mouth couldn’t have worked better!
From Jean-Paul Belmondo in a very first role, unknown to the public for political reasons at the time, to Buster Keaton, handsome and mute in the role of “mechanic”, mixing love and burlesque situations, passing through stars of the screen like Cary Grant, Luigi Zampa, Fernandel, Louis de Funès, Robert Dhéry and many other actors who were only just starting out and who will be more than recognized in the world of cinema like Pierre Tchernia, Roger Pierre and Jean-Marc Thibault, Colette Brosset, Eliane D’Almeida, Michel Serrault…A real treat for adults and children alike.

It was therefore a festival filled with nuggets with, it must be admitted, a final in apotheosis: the Cine-concert in the Cloister park!
This closing evening, the 14th, the magic takes place and invades the space. The magical fairy is Pauline Montels! A fairy fallen from the Montpellier sky with her piano. His smile and his grace equal his virtuosity! Because yes, she is a virtuoso! For this film “Le mécano de la général”, a silent film, she herself composed a score sticky with each scene: drama, burlesque, gently whispered melody, “onomatopoeia” of black or white keys depending on the situation (too comical), a perfectly synchronized whole that made the public travel to another universe! We no longer knew that the film was silent: Pauline posed a musical dialogue on this masterpiece by Buster Keaton. For an hour and a half, the artist never stopped playing HIS masterpiece, glancing at the screen and at his score simultaneously. A most grandiose performance warmly applauded by an onboard audience (160 people!) who, driven by shared, felt happiness, got up from their chairs.
Palme d’or 2022 for Olivier Salfati and Christiane Millan: “We are already ready to organize the 2023 festival! » 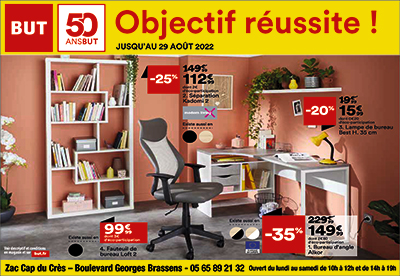