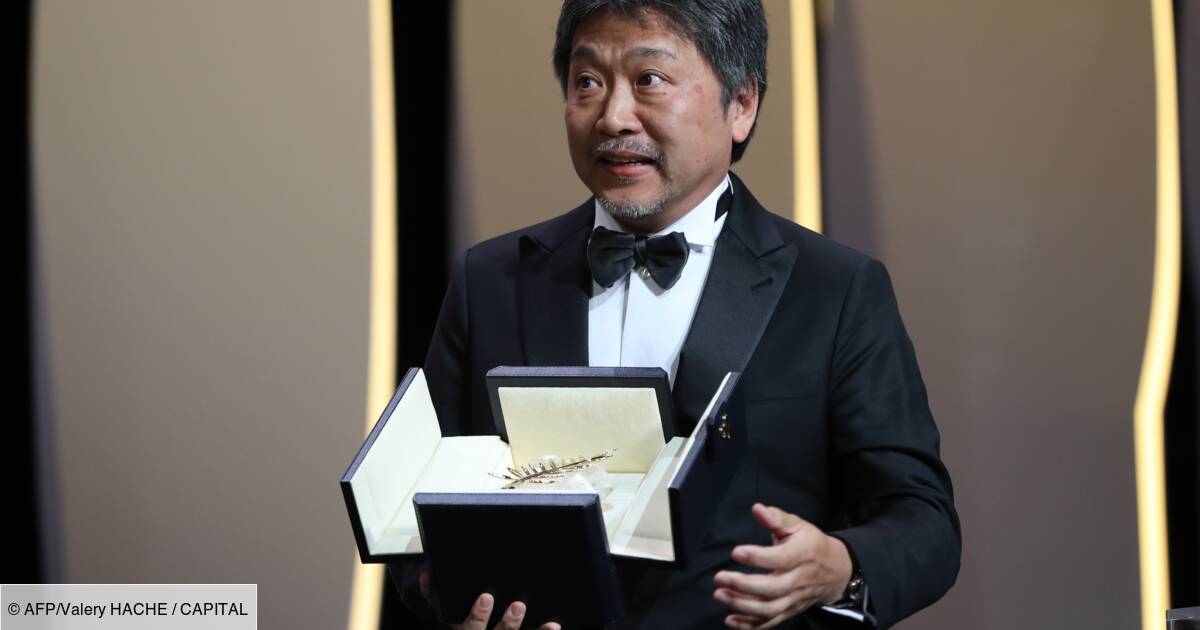 The name of the conspicuously absent Harvey Weinstein eventually surfaced, through the voice of one of his accusers. With an incendiary speech against the American producer, Asia Argento shook up the closing of the 71st Cannes Film Festival which offered its Palme d’or to the Japanese Kore-Eda.

“In 1997 I was raped by Harvey Weinstein here in Cannes. (…) This festival was his hunting ground,” said the Italian, whose presence on Saturday evening had been kept secret.

All dressed in black, Asia Argento wanted the producer to be “never welcome again” on the Croisette. She also took to task in the public, “those who should be singled out for their behavior towards women”. Before concluding with a raised fist, just when we learned that Luc Besson was the subject of a complaint for rape, accusations that the French director and producer described as “fanciful”.

For its first edition since the Weinstein earthquake, the Cannes Film Festival rolled out the red carpet for women and multiplied the symbols, with the appointment in particular of the committed Australian actress Cate Blanchett as president of the jury.

Another highlight: a climb of the steps of 82 women of the 7th Art to demand “equal pay”.

But it is also on the prize list that the jury was expected, while only one woman has been crowned in the history of Cannes, the New Zealander Jane Campion for “The piano lesson”, 25 years ago.

In the end, the jury rewarded two of the three directors in competition: the Italian Alice Rohrwacher, screenplay prize for “Heureux comme Lazzaro”, tied with Jafar Panahi (“Three Faces”), and the Lebanese Nadine Labaki (prize of the jury for “Capernaum”).

She upset the Croisette by filming a kid from the slums who is suing his parents for having given him life. A film starring a stunning 13-year-old Syrian refugee, at her side when she received her award.

“As I celebrate the cinema with you, I can’t help but think of a little girl named Cedra, who played (…) in the film. Today, she probably spent all her day standing under the sun, face glued against the windows of the cars”, launched, very moved, Nadine Labaki.

Abused childhood is also one of the themes addressed in “A Family Affair” by Japanese director Hirokazu Kore-Eda, a Palme d’or capable of satisfying informed moviegoers but also a fairly large audience.

“The decision was difficult (…) but there was no bloodshed”, smiled Cate Blanchett after the ceremony. “There is a grace in this film, in the staging”, commented the director Denis Villeneuve, member of the jury.

Selected five times in competition, Kore-Eda is rewarded with the story of a marginalized family who takes in an abused little girl.

He wanted to share his prize with Russian Kirill Serebrennikov and Iranian Jafar Panahi, both under surveillance in their countries. They were among the 21 directors in the running for the Palme d’Or but were unable to come.

“A beautiful palme d’or (…) in a festival without brilliance”, comments Le Figaro which salutes “one of the best (films) of a generally disappointing competition”. “It’s the palm of the heart,” rejoiced Le Parisien.

For Le Monde, the prize list “proves to be particularly sensitive to films with subjects and causes to defend”, such as “ransacked childhood” for the palme d’or “Un air de famille” and the jury prize “Capharnaüm”.

Resolutely committed, the jury also rewarded Spike Lee, for “BlacKkKlansman”, a charge against Trump’s America and racism in the United States.

As for the actors, the Italian Marcello Fonte won the interpretation prize for “Dogman” by Matteo Garrone and the Kazakh actress Samal Esljamova, unknown to the general public, made a name for herself with the prize for female interpretation for “Ayka” by Sergei Dvortsevoi.

The prize for directing went to Poland’s Pawel Pawlikowski for “Cold War”, the story of a tormented love during the Cold War.

Figure of the New Wave and veteran of the competition with his 87 years, Jean-Luc Godard received a special Palme d’Or. He was in competition for his enigmatic “Le livre d’image”, which left more than one festival-goer perplexed.

This Cannes edition was criticized by some for the absence of Hollywood stars, apart from the screening of the new episode of Star Wars. The Hollywood Reporter thus judged the Festival “on the decline”. For others however, like Vanity Fair, Cannes “has reasserted itself as the premier destination for bold and provocative international cinema”.

Each morning, the essentials of CAPITAL news.

Palme d’Or to Kore-Eda, Palm of Anger to Asia Argento, accuser of Weinstein