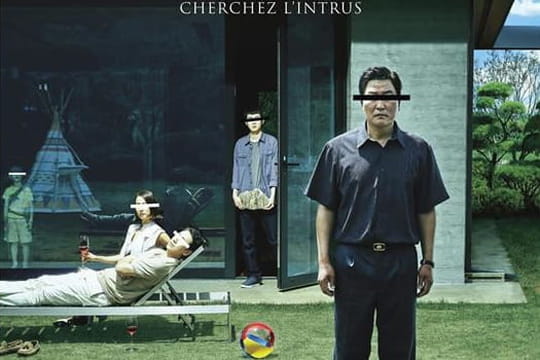 Palme d’Or 2019 then Oscar for best film 2020, Parasite is broadcast this evening on Arte. Did you know that a series derived from Bong Joon-Ho’s film was planned? We take stock of this project planned on HBO.

[Mis à jour le 15 mai 2022 à 20h30] Parasite is a South Korean film which has had a certain success in theaters and has also been praised many times at award ceremonies including the Cannes Film Festival which awarded it its Palme d’Or in 2019 but also the Oscars who crowned it four times, notably in the rank of best film in 2020. Directed by filmmaker Bong Joon-Ho (Memories of Murder, Snowpiercer, The Host), the film attracted a lot of interest in the United States. So much so that a series project derived from the film has been planned since 2020. If we haven’t had much news about this Parasite series for a while, Bong Joon-Ho talked about it again in an interview for variety in July 2021.

This series should again be interested in the subject of the class struggle. “The subject continues to resonate in France and elsewhere. Many of us would like to be rich, but I believe that we are all afraid of becoming poor. I am participating in this adaptation of Parasite for HBO. It will be a black comedy. I am working working closely with screenwriter Adam McKay. This time I’m contributing to the project as a producer.”

After its Palme d’Or and 4 Oscars, Bong Joon-Ho’s film Parasite has not finished making people talk about it because the director is preparing a television series in the same universe. This series, produced by HBO in collaboration with Adam McKay, who notably produces Succession for the American encrypted channel, does not intend to be an adaptation of the feature film but an addition to the universe. In an interview for Collider published in 2021, Adam McKay explained that it is an “original series. It takes place in the same universe as the film but it is an original story which takes place in the same world. “

The producer also said that Bong Joon-Ho and himself took advantage of the confinement in 2020 to write the plan for the series. The South Korean director, crowned at the Oscars in early 2020, says this series allows him to “create a six-hour film” in which he intends to explore all the side stories he could not evoke in the original film. “I have a lot of hidden stories that I had kept”. He therefore intends to use them for the series made in HBO which, however, has no broadcast date for the moment.

Synopsis – Ki-taek’s whole family is unemployed. She is particularly interested in the lifestyle of the wealthy Park family. But an incident occurs and the 2 families find themselves involved, without knowing it, in a very strange story…

Bong Joon-ho is a director from South Korea whose filmography is particularly interesting. Characterized by an ability to mix genres, his feature films have regularly won awards both in South Korea and internationally. Father of Barking Dogs but also of Memories of Murder, considered his first masterpiece, Bong Joon-ho also directed The Host but also Snowpiercer. More recently, his film Okja was broadcast exclusively on Netflix and even screened out of competition at Cannes. Parasite, his seventh film, won the Palme d’Or at the 2019 Cannes Film Festival.

When it was released in France, the press was rave about Parasite. For 20 Minutes, the feature film has everything it takes to become a cult film: “Parasite is so well packaged that we want to go back there right away”. Le Figaro confirms, the award-winning film at Cannes “did not steal its palme d’or”. The Telegram also praises the talent of the actors who “add a lot of nuances and are, to say the least, tasty”. The specialized magazine Première, which published its review during the fortnight in Cannes, was already wondering if Parasite would not get the Palme because Bong Joon-ho signs here “a film which is as funny as it is disturbing”. Premonitory feeling since this Palme, Parasite received it well and the feature film transformed the test in theaters!

Have you seen Parasite? Give your opinion on Linternaute.com

The Palme d’Or effect really worked for Bong Joon-ho’s Parasite! During its first theatrical release in France in early June 2019, Parasite attracted 1.724 million spectators in France. An impressive figure which marks the return in adequacy of the choices of Cannes with the desires of the public. Parasite has been the most viewed Palme d’Or in France since 2004. The French aren’t the only ones who loved Parasite. The film grossed a total of $157 million worldwide. A great adventure for the South Korean film!

Video versions of Parasite are commercially available in France. Several editions are available including a “simple” version without bonus at €19.99 for the DVD and €24.99 for the BluRay at Amazon or the Fnac for example. A collector’s edition with a steelbook box with the BluRay, BluRay 4D, a bonus BluRay and the film on DVD also goes on sale on February 28, 2020. It can be ordered on Amazon or even the Fnac. A collector’s box limited to 1500 copies was also put on sale on the Joker Shoponline store of the French distributor of Parasite, but it is now out of stock.

It is possible to legally obtain the film Parasite on the usual VOD platforms, whether for rental or for purchase. To rent it, it will cost you from €4.99 on FilmoTV, UniversCiné, Canal VOD and MyTF1 VOD. The film is also available for digital purchase on these same platforms from €9.99. Also, be careful to buy or rent the film in the desired definition: the platforms offer both high definition, often sold at a higher price, and standard definition.

Parasite achieved both commercial and critical success. In addition to the Palme d’Or, Bong Joon-ho’s feature film has been so talked about that it has won numerous award ceremonies around the world, both at the Oscars and at the Césars. in France. Here is a recap of the main nominations and awards received for the film Parasite.

Parasite: after the film, where is the series project for HBO?