Synopsis: In 1969, Rick Dalton – declining star of a western television series – and Cliff Booth – his lifelong understudy – witness the artistic metamorphosis of a Hollywood they no longer recognize at all while trying to relaunch their careers. Moreover, in the middle of summer, the August 9, the Cité du Cinéma will forever be marked by a barbaric news item: the assassination of actress Sharon Tate, eight months pregnant, by the disciples of guru Charles Manson. The Polanski-Tate spouses live in a house next to that of Rick Dalton. In addition to the Polanski couple, the characters of the film will meet other personalities, such as Steve McQueen or Bruce Lee.
As for Sharon Tate, will she really be murdered with her friends by the followers of the Manson family?

I admit it very willingly, I have hardly seen the last films of Sieur Tarantino (since Kill Bill 2) because they simply do not interest me (I have seen part of some of them nevertheless) . The feeling that the director goes in circles in his stories of revenge quest between humor and gore effects had the result of turning me away from the works of this otherwise talented director. 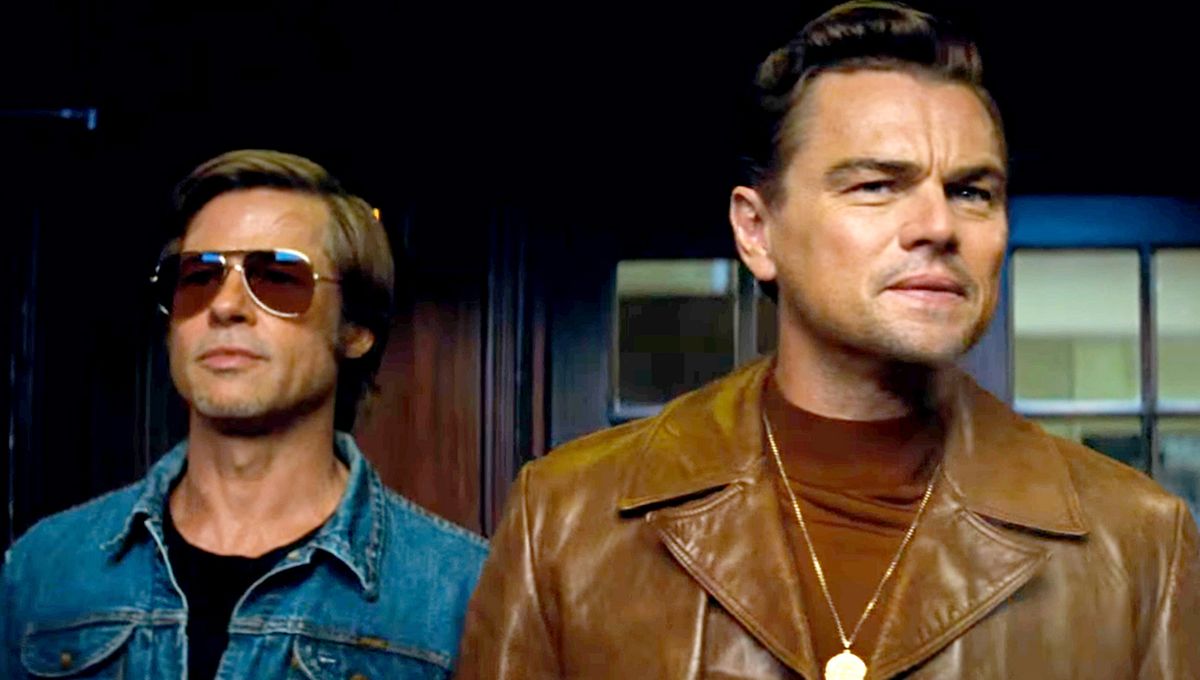 Then ” Once upon a time… in Hollywood ” is out. And the critics put forward a revival for the one who won the Palme d’Or in 1994. Or rather a ‘back to basics, a film in which the man finds a certain cinema, which he put forward in his first works, before leaving in a more ‘Z-series‘ assumed. However, it took me some time to watch this film, which my official DVD/Blu-ray supplier lent me recently. 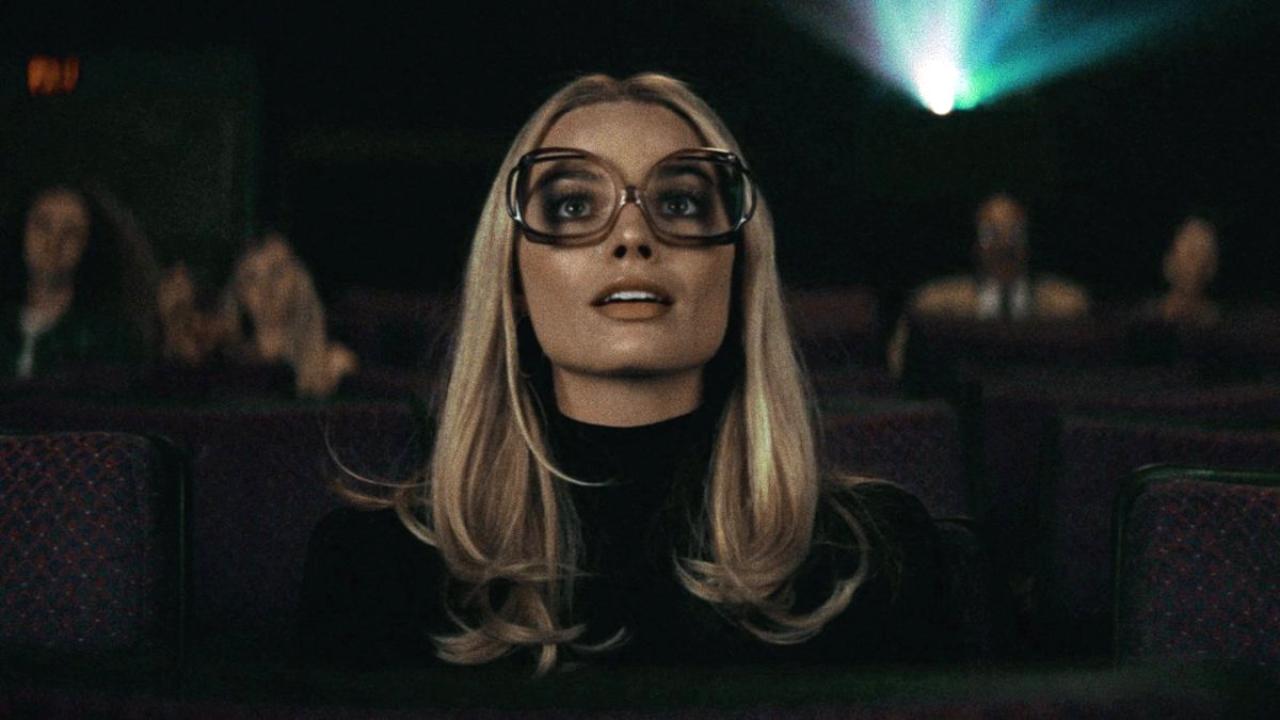 The context and the principle of ‘deviated fate’ actually repeats the end of ‘Inglorious Basterds‘ which saw the death of the Führer and thus a parallel world being set up (perhaps that Once Upon A Time…In Hollywood is happening in this same universe?). The tragic and controversial life of Roman Polanski is therefore at the heart of the script, finally especially that of the late Sharon Tate (embodied with finesse by a very sweet and touching Margot Robbie) and her despicable end that she and her friends met in our ugly reality. The movie plays on that and so I have to highlight the main flaw of this film: you have to know the real story to best appreciate the story offered by Quentin T. I take this opportunity to point out that the point of difference between our reality and that of the film comes from the occupants of the neighboring house: no guard and his friend who has come to visit him. Make way for Rick Dalton and Cliff Booth. 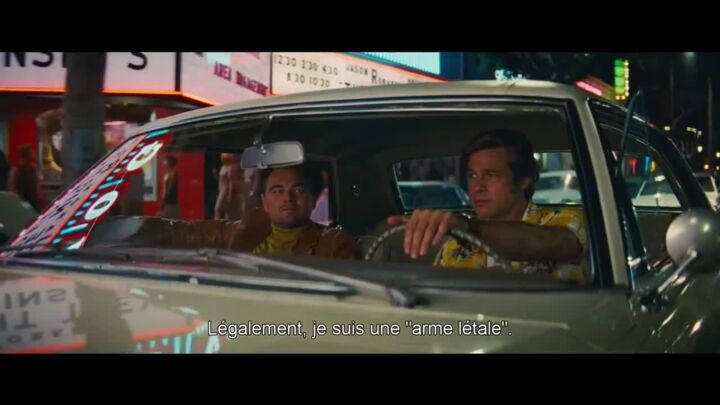 Leonardo DiCaprio and Brad Pitt are nothing less than perfect, both transcend the screen between first degree and irony of themselves. A self-mockery that also touches the director, who even goes so far as to parody himself in the various films in which the declining actor Rick Dalton plays. Amazing to see and which makes it clear that Tarantino is fully aware of the excesses of his filmography. Which augurs for a tenth (and last?) footage of good quality. 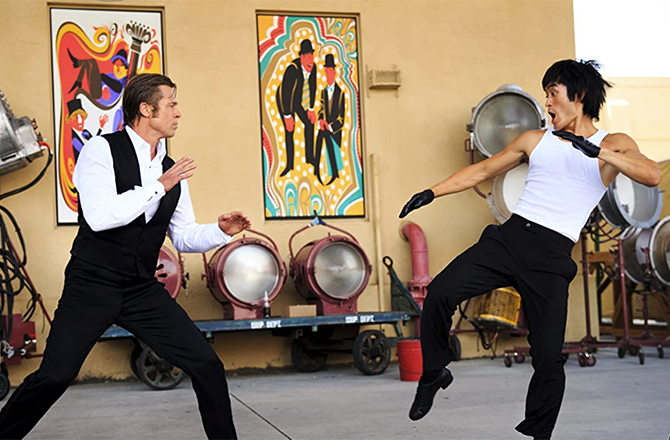 I can’t come back to this reel without talking about the scene of the ‘Ranch‘ with Brad Pitt who investigates the fate of his old acquaintance who owns the place. Long and putting in place an increasingly heavy oppression, stuntman Cliff Booth seems not to take umbrage. He will remain completely in control, even when he finds himself cornered in the face of a vociferous tribe of hatred. A chilling sequence that recalls what is the essence of a sect. That of Charles Manson in this case. 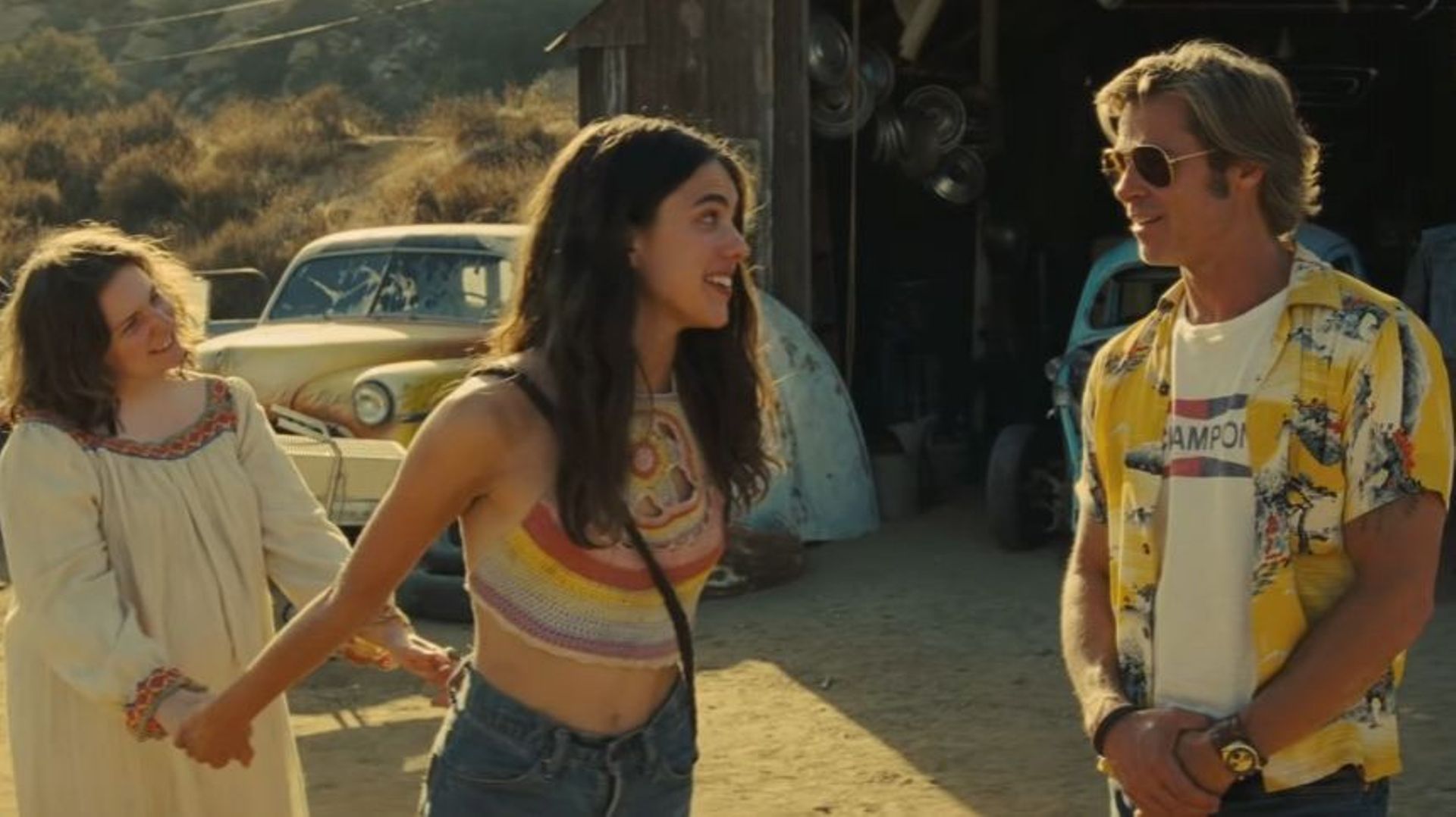 I completely fell in love with this actress, Margaret Qualley, also daughter of Andie MacDowell…

And also a word on the final bouquet – the assault – which here catches up with the bloody side dear to the director. Expected but obviously in ‘mirror mode’, we feel in the scene all the resentment felt by Quentin towards these monsters who broke the destiny of an actress full of future. He takes revenge in the most brutal of ways (a violence however greatly reduced compared to the despicable acts that these same monsters inflicted on their victims in real life, it is necessary to read the terrible report of this evening to see the ignominy of these ferocious beasts…) and ‘does justice’ thanks to its means of expression which is the cinema. A point of view which moreover is judged as tendentious by some, which can be understood. But at the same time, isn’t it the magic of cinema to tell a story in the best possible way, even if it means changing the ending? I’ll let you be the judge of this question…

Opinion of Amidon, the house cat:

See you next Wednesday at 6 p.m. for a new column