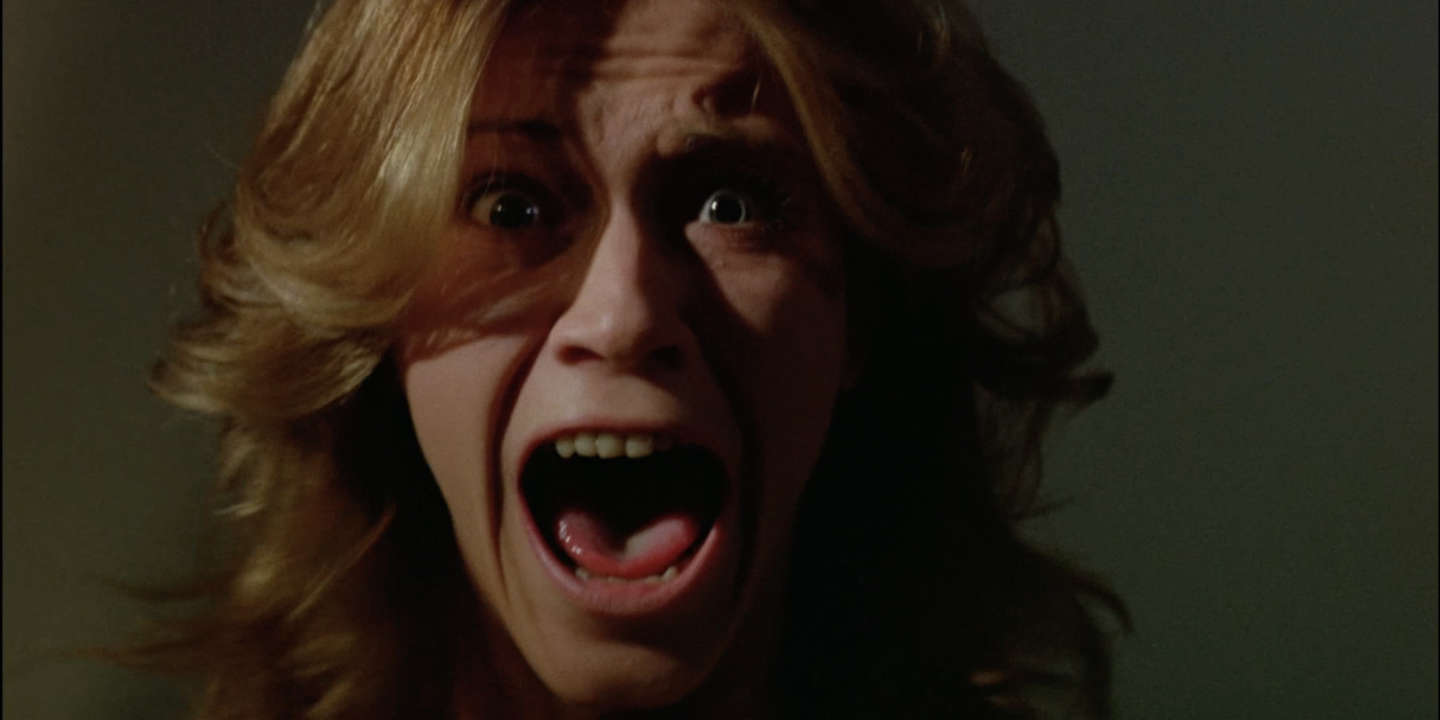 Started in order to refresh my knowledge of the beginnings of David Cronenberg, the vision of Rage led to an unexpected conclusion: if the Contagion by Steven Soderbergh made a perfect companion to the first months of the pandemic, Rage, broke and visionary horror feature film made forty-five years ago, coincides almost perfectly with the endless return to normal-abnormal that makes our daily lives.

It is more precisely the second part of this film, as concise as it is delirious, that it is about, the first unrolling a variation on one of Cronenberg’s favorite themes: the struggle between the body and the being that ‘reside. The body is that of Rose (Marilyn Chambers), the passenger of a motorcycle piloted by her companion, Hart (Frank Moore), on a road in Quebec. At the exit of a curve, the trajectory of the young lovers is broken by the camper van of a mediocre family (this is a warning: Cronenberg will not be in the nuance).

Rose is badly burned in the accident. Nearby stands the clinic of Doctor Keloid, a cosmetic surgeon who welcomes Rose and performs an experimental skin graft on her. When the patient regains consciousness, the graft has taken so well that it has turned her into a bloodthirsty organism, which satisfies its appetite by embracing its victims in order to pierce their skin with a stinger which emerges from a new orifice, located under his armpit.

Absurd, disgusting and fascinating, this part of Rage outlines the poetics of mutilation and mutation that will culminate a few years later in Crash, which Cronenberg presented at Cannes in 1996. For now, the filmmaker is sheltering behind the aesthetics of drive-in horror films, further accentuated by the image of the main performer. Marilyn Chambers was then famous throughout the world thanks to the success of Behind the green door, which in 1972 signaled the birth of the pornographic film industry. Beyond this image effect, we discover a simple and lively actress, who submits with a natural grace to the physical and moral contortions to which the scenario obliges her.

Rose’s victims don’t just succumb to bloodletting. Before passing from life to death, they are transformed into creatures deprived of reason which try to tear their former brethren with their teeth. From the clinic in the forest, evil spreads to the big city. If it is about Montreal rather than Toronto, it is because Cronenberg was profiting at the time from the Quebec public money that we were resigned to granting him (his films had little chance of competing for the Palme, the Lion or the Golden Bear), since his films met with enormous public success in Canada.

Read the review: Article reserved for our subscribers “Crash”, the collision of bodies

Rage stages the research of the medical profession (which demonstrates that the rabies vaccine prevents contagion) and the procrastination of political institutions. Eventually, the army takes matters into their own hands and the infected citizens are slaughtered. One of the most striking sequences shows a long line of Montrealers crowding in front of a shopping center whose access is restricted to holders of a rabies vaccination certificate. Between derision and anguish, David Cronenberg projects the mutation of a single body over an entire city, which will never return to life before.

“Rage”, on Arte.tv: the city and the epidemic Cronenberg version